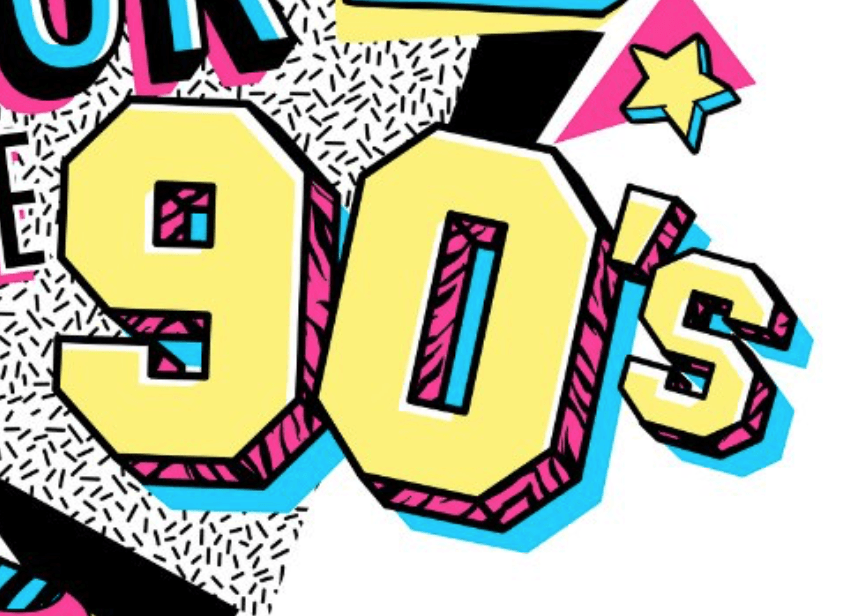 Although it seems like most cult classic B-movies come from the 1980s or 1970’s, when film making finally came into reach of younger directors with lower budgets, there are a lot of films in the 1990’s that are equally as – bad good?

The 70’s and 80’s were, in large part, a great time for B movies because television and VHS tapes became a channel for distribution. The 90’s saw even more proliferation of low-budget movies with the advent of technology that allowed for cheaper production costs: digital editing and effects among the primary factors!

With that bit of historical background out of the way, let’s start looking at some nineties B-movies worth watching. 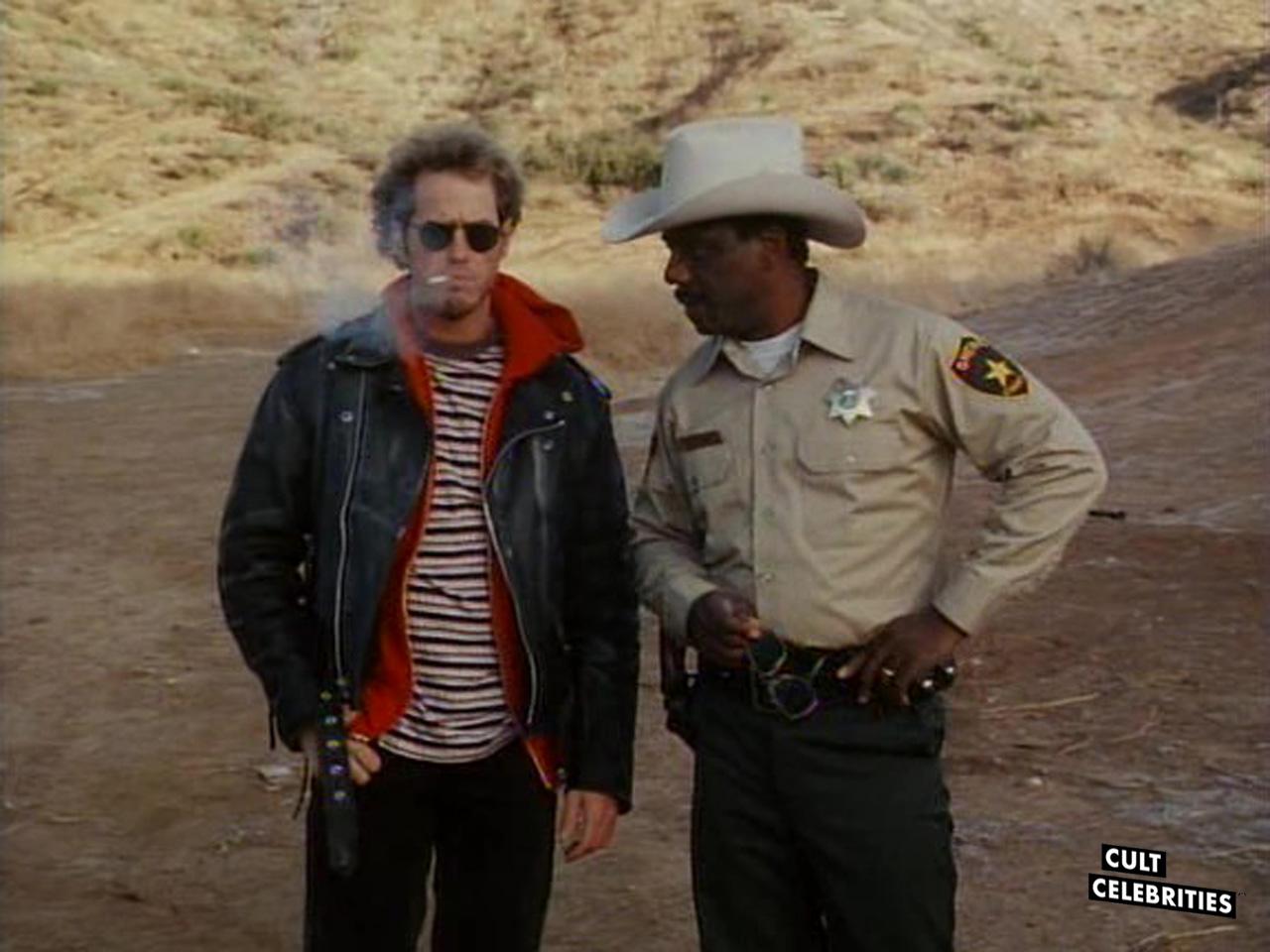 This movie was released only four weeks before Jurassic Park, capitalizing on the huge marketing push for the more famous film. Carnosaur stars Clint Howard (brother of Ron Howard, “Opie” from the Andy Griffith Show), Jennifer Runyon, and Diane Ladd. 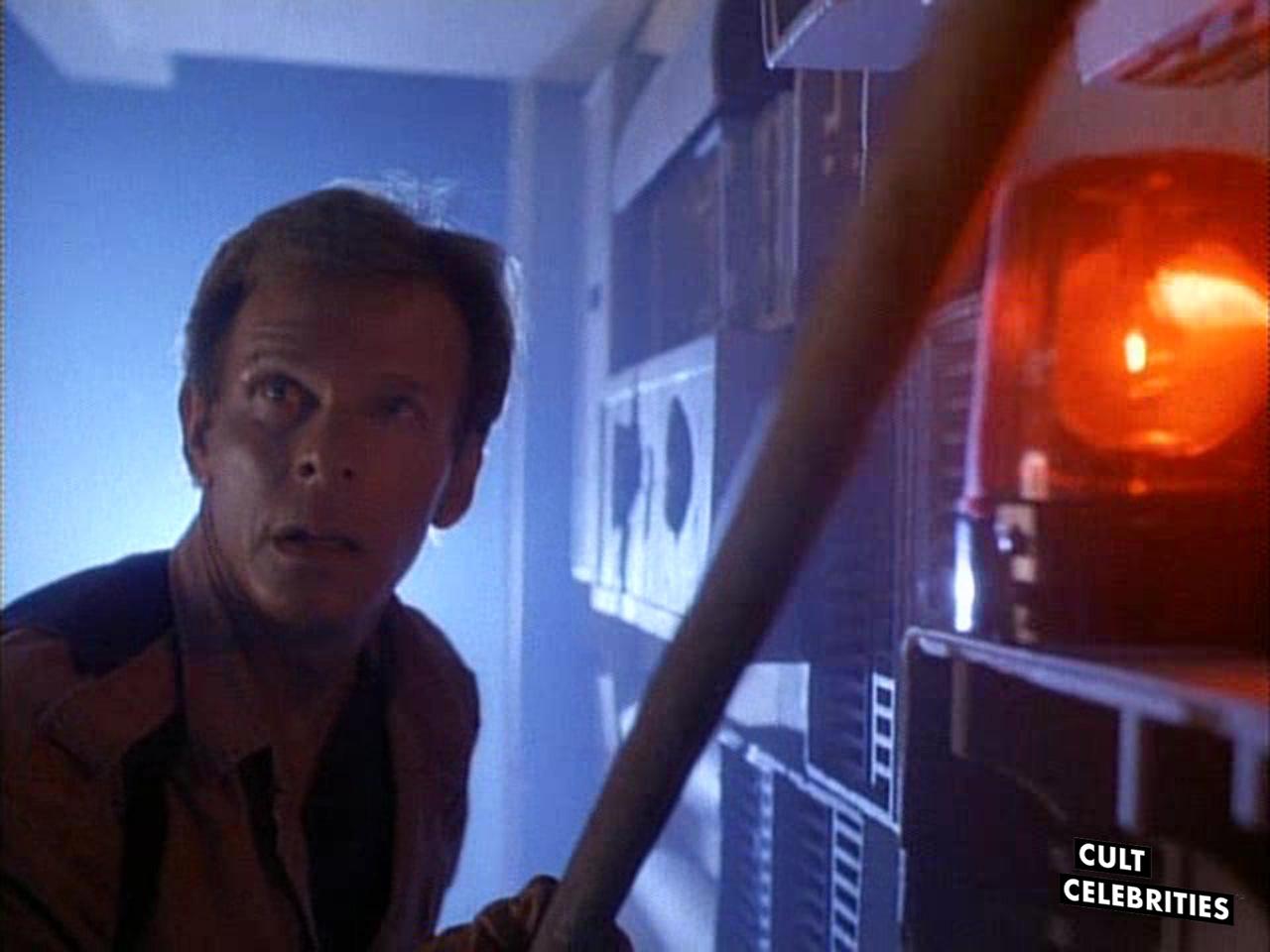 This movie is almost a shot-for-shot remake of famous B-movie producer Roger Corman‘s earlier Mutant film from 1982 (which was itself a sort of ripoff of the Alien series).

Dead Space directed by Jim Wynorski and stars Marc Singer and Bryan Cranston and features a spaceship in orbit around Saturn being affected by a virus. 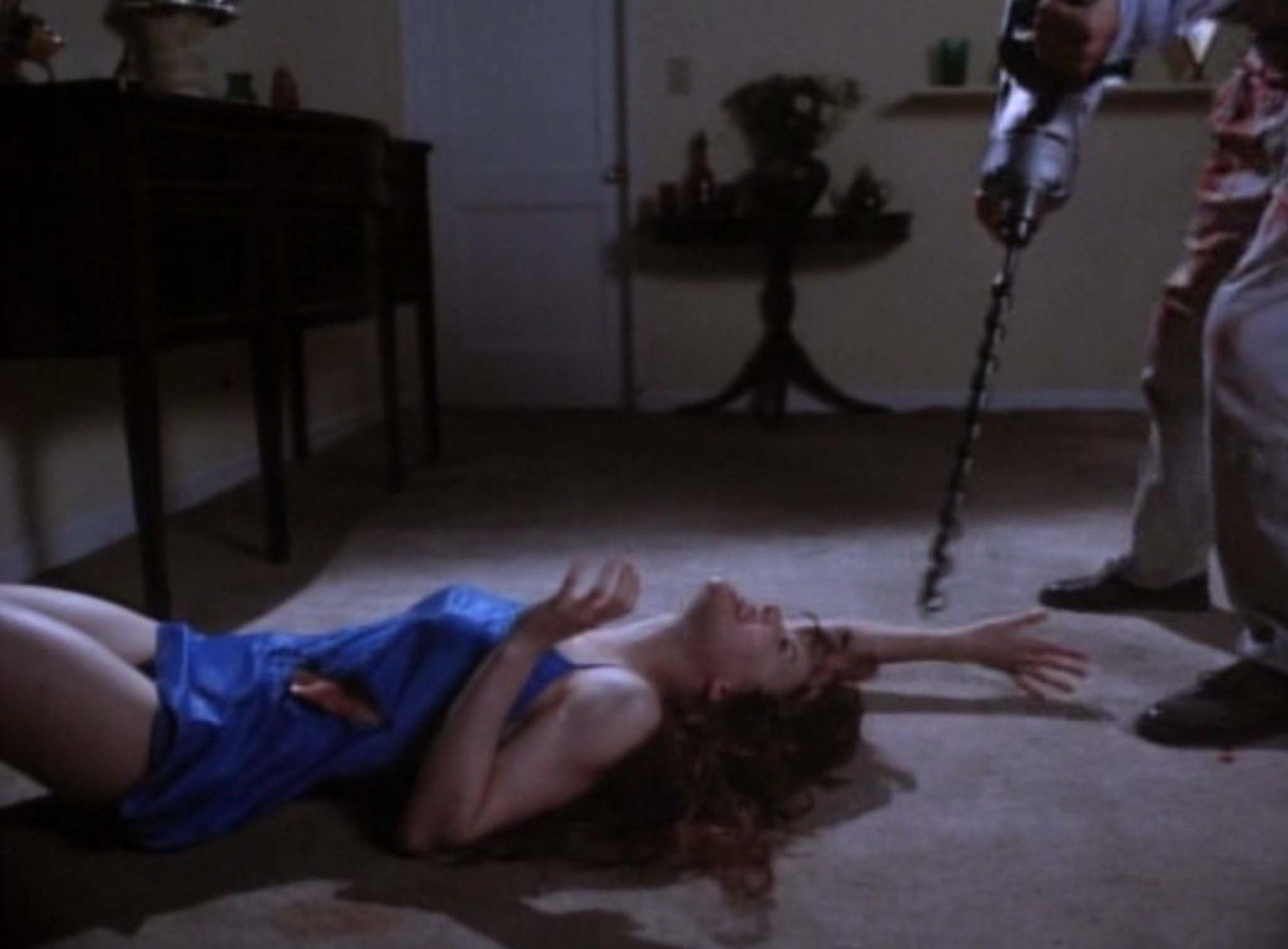 The 1990’s were a time with a monstrous increase in slasher films, greatly influenced by the popularity of franchises like Halloween or Friday the 13th.

Sword-and-sorcery films didn’t end in the 80s – they kept living into the 90s. Kull the Conqueror stars Kevin Sorbo, who was prolific in low-budget films throughout the 90s. His character in Kull is actually quite compelling – it’s not the worst film in the world! 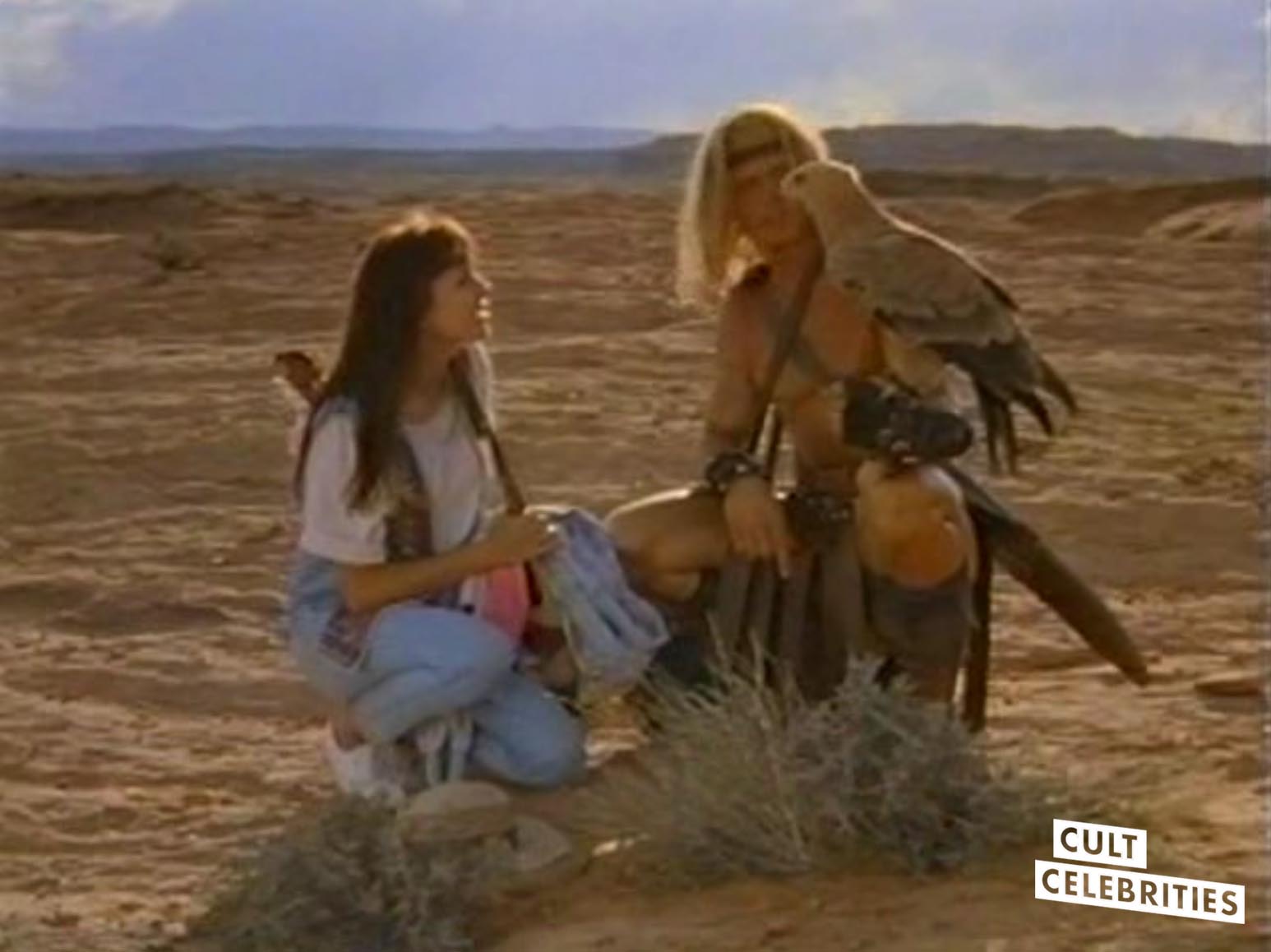 Marc Singer in The Beastmaster (1982)

Here’s a double header for you: the final two films of the Beastmaster trilogy. While the first film, The Beastmaster, was a pretty solid piece of 80’s sword-and-sorcery film making, the two sequels were a little less stellar.

The second film features Dar (played by Marc Singer) going through a portal to modern day Los Angeles to stop a nuclear bomb from exploding, and the final film went directly to video. 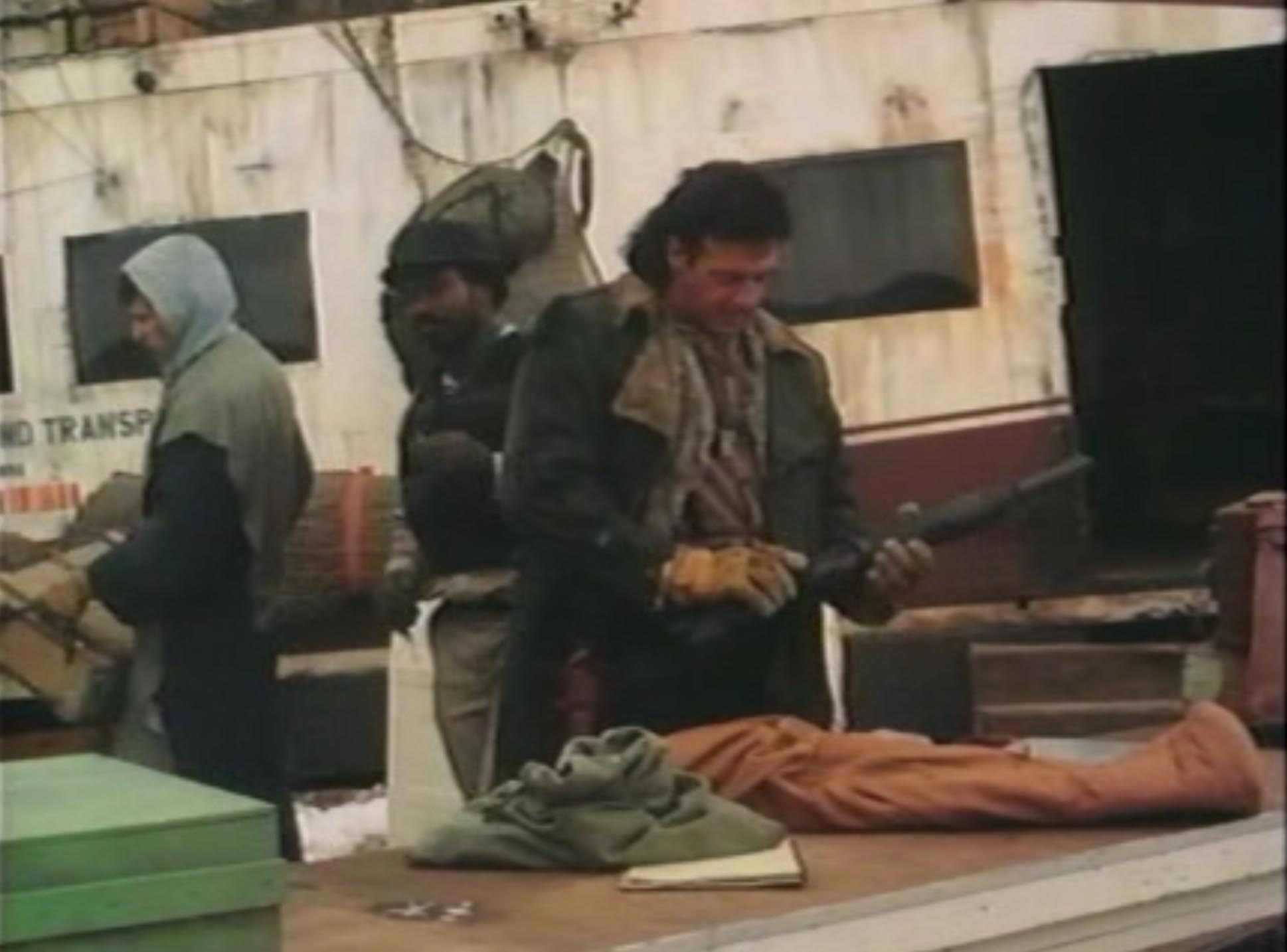 A sort of delayed homage to the post-apocalyptic Mad Max rage, this film starred the singer Vanity (who was briefly with Prince) and Michael Ironside. Filmed in Arizona, Neon City attempts to be a fun watch but it’s more of a sad drinking game film than anything else. 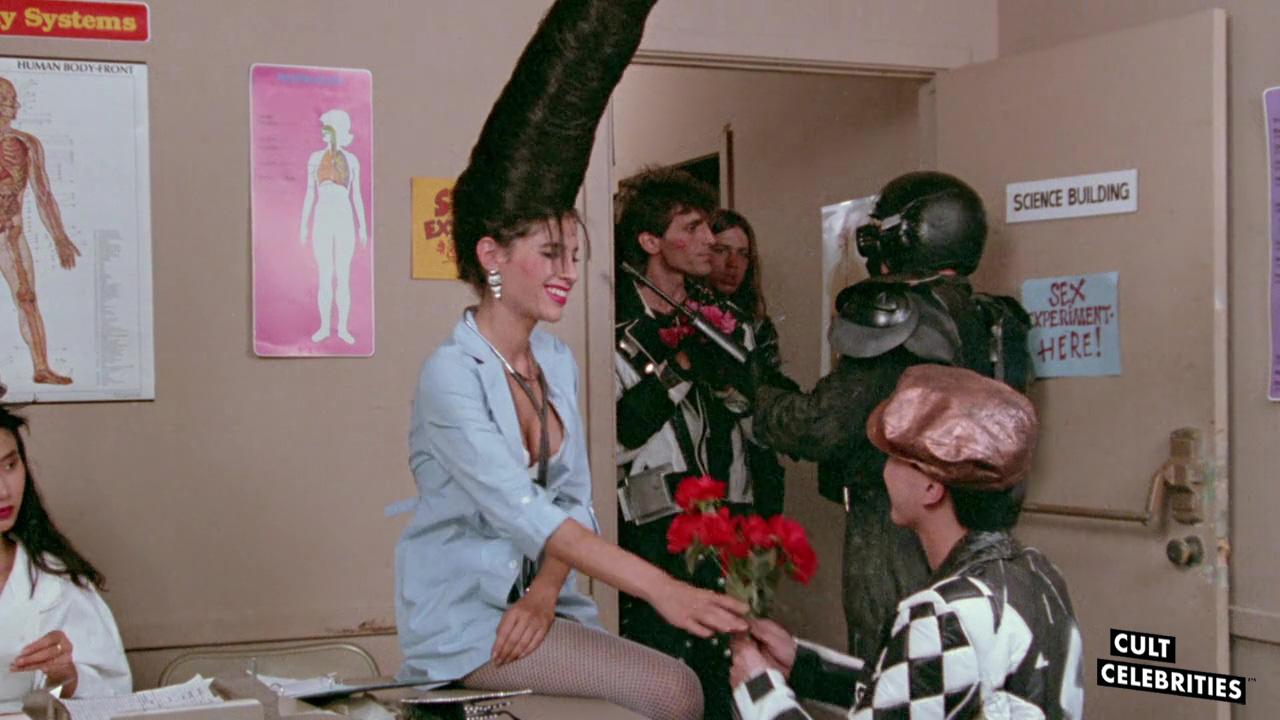 This 1991 film is an intentionally outrageous attempt at comedy. It has entered into quite the fan base, however, and is worth watching. With alcohol.
It stars Lisa Gaye as (Melvina Holt, an evil professor the one most likely to give Mr. Burns a run for his money in the annual evil county wide fun run).
Brick Bronsky as (Roger Smith, a diligent yet dim witted reporter for the school paper).
And Leesa Rowland as (Victoria , a loud and proud subhumanoid in the tainted flesh) 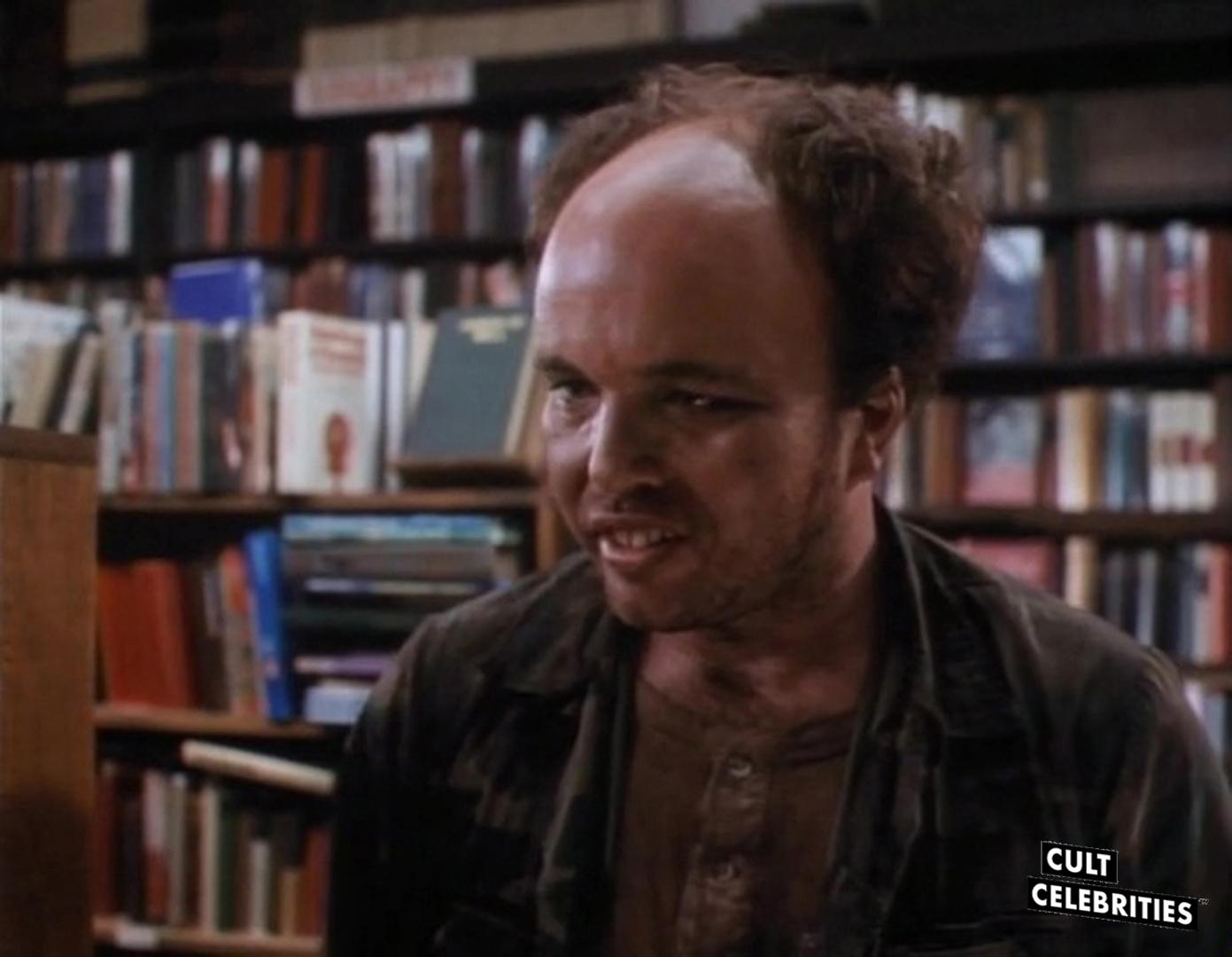 There’s something about Christmas and Santa Claus that invites horror filmmakers to capitalize on this, and Silent Night, Deadly Night 4 is the fourth in the series that does just this. Possessed toys, scary children, and evil adults all come together to make one terrifying film starring Clint Howard. 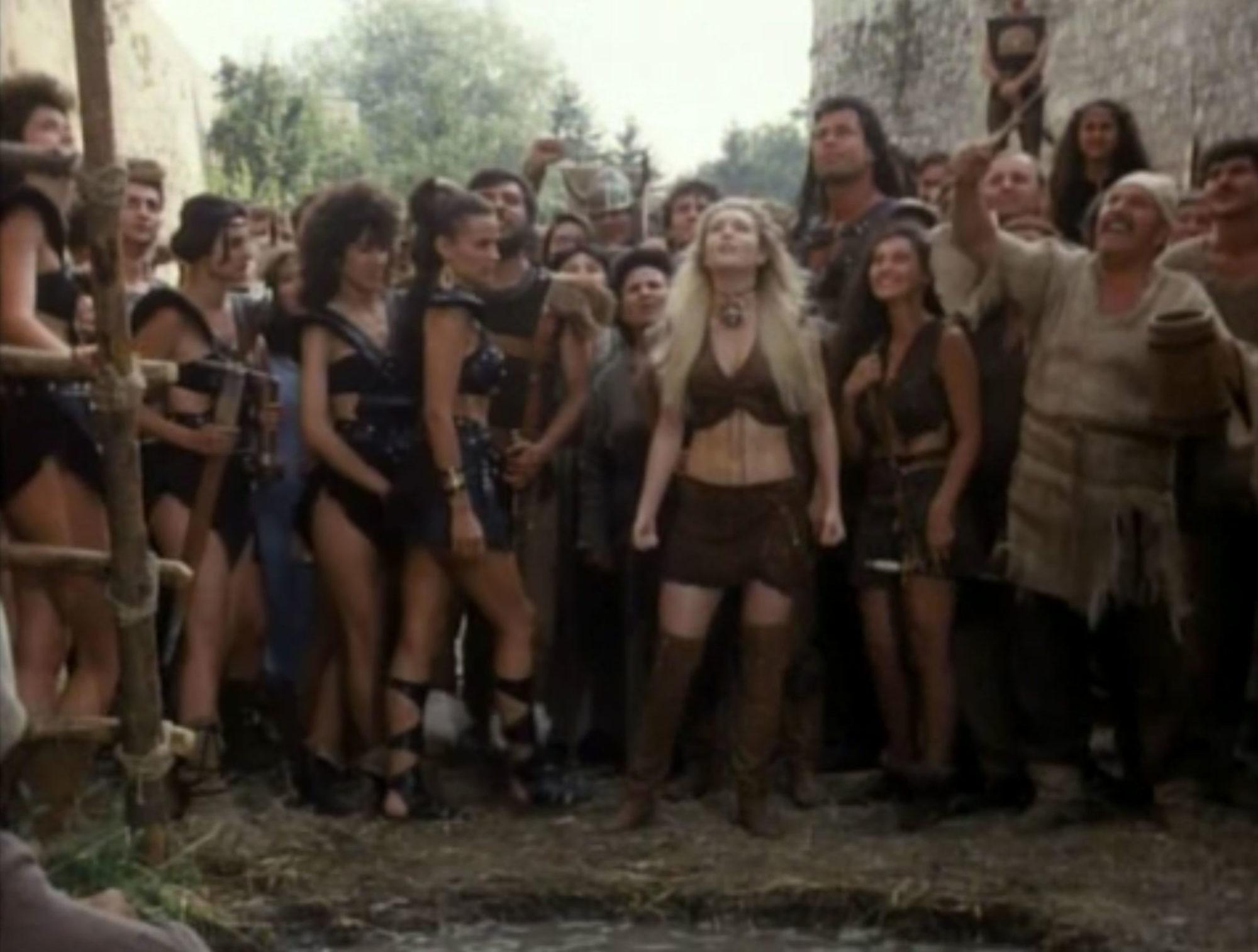 And last but not least, the absolutely ridiculous fourth film in the Deathstalker series. The original star, Richard Hill, comes back to star alongside Maria Ford. The film fully embraces the camp and cheese of the genre, and was the first to be shot in Bulgaria rather than Argentina.

What other B-movies do you think are the greatest watches from the 90s? Let us know in the comments!