Set in Los Angeles, a group of teenagers play volleyball on the beach. One of the boys, Duncan (played by David Greenlee) chases off a strange old man staring at the girls. The girls plan to have a slumber party later that night, but don’t invite the guys. As they are about to leave, Sarah (played by Devon Jenkin) gets into her car and is killed by a man with a drill.

Later, at the party, the boys surprise the girls while wearing masks but are told to leave. The strange man from the beach is outside the house watching the girls. One of the boys runs into a masked man and is killed on a house sale sign. A pizza delivery girl is also murdered suddenly. Calling the police, the cop dismisses it as a prank call.

For the rest of the movie, characters are killed off with regularity: by electrocution, by the sword of a swordfish, with drills, sledgehammers, and chain saws. The movie finally ends by Jackie drilling the killer (which is actually Ken) and finding a photo of him as a child with an insane uncle. 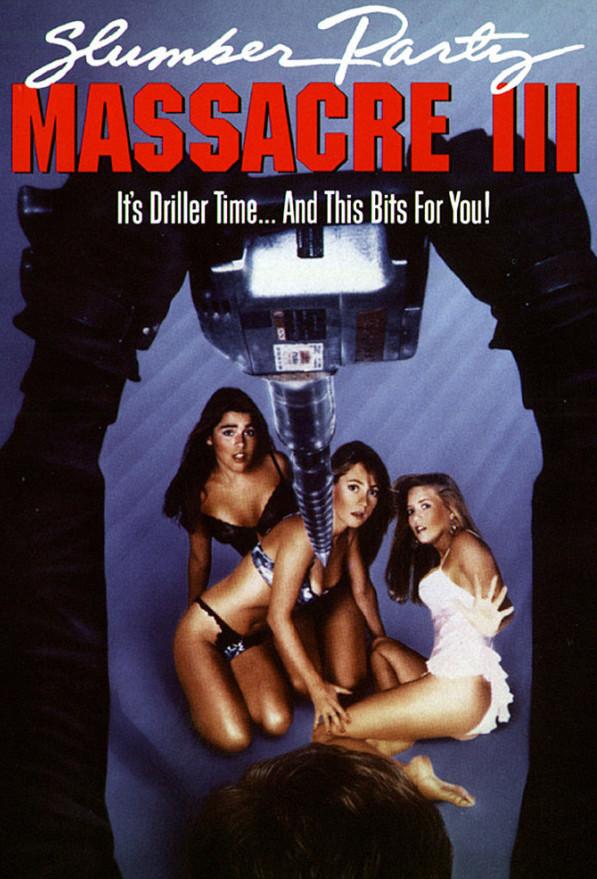