A high school senior named Trish (played by Michelle Michaels) throws a sleepover party at her house when her parents leave for the weekend.

A new girl named Valerie (played by Robin Stille) is also invited to the party but decides to not go once she eavesdrops on Trish trash-talking her behind her back. The serial killer watches the girls leave school and attacks a girl in the locker room who goes back in to get a book.

The slumber party begins that night. The girls smoke pot and talk about their crushes. Valerie, who lives next door, is babysitting her younger sister. Diane’s boyfriend spies on the girls inside the house. Diane makes out with him in the car, leaves and comes back to find him decapitated by the killer. She is killed as well.

The pizza delivery boy is shown dead as well. They try calling the police but Russ Thorn, the serial killer, has cut the phone lines. They get knives and try to defend themselves. Meanwhile the killer is wreaking havoc across the neighborhood.

Valerie enters the house to make sure they are okay, but she finds Kim murdered. Trish stabs Russ with a knife but it does nothing. Valerie hides in the basement from Russ Thorn. Finally, she kills him with a machete and he falls into the pool, dead. Trish and Valerie are shown in shock as sirens approach. 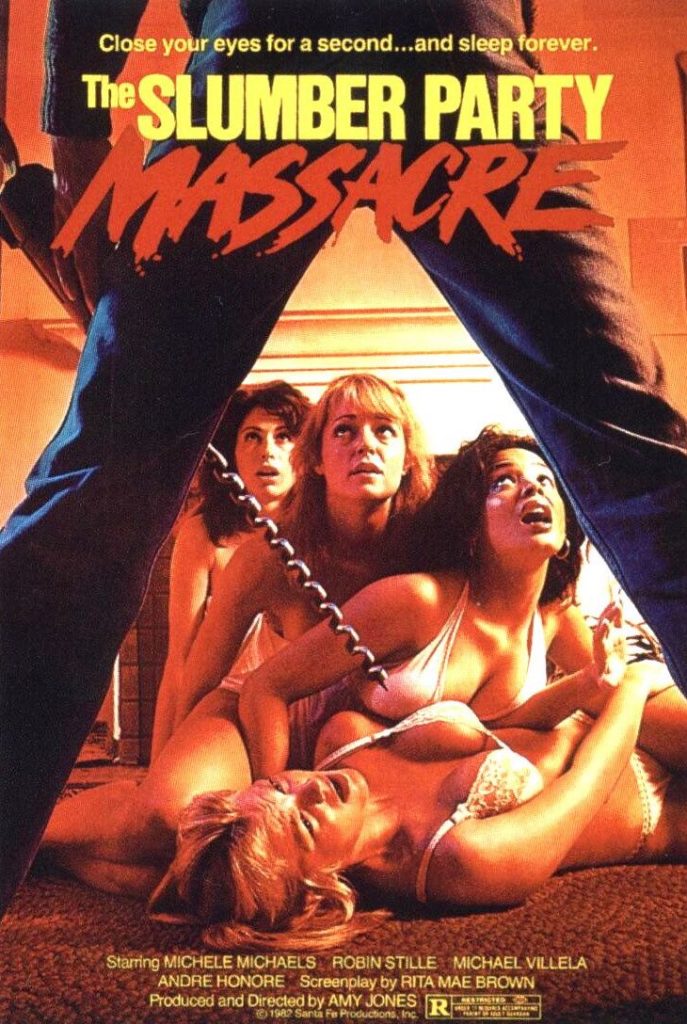