Courtney (played by Crystal Bernard) who starred in the first film, is now a high school senior and is terrified by constant nightmares and flashbacks from the trauma in the first film. She dreams of a killer come back to life as a 50’s greaser type, with a drill built into a guitar.

Courtney develops a crush on someone in her class named Matt (played by Patrick Lowe) and invites him to a birthday weekend with her three girlfriends. They know of a condo in an empty housing complex where they can play music loudly.

When everyone arrives, two of their classmates (named Jeff and TJ, played by Scott Westmoreland and Joel Hoffman respectively) peep on the girls as they are having a pillow fight, then come in and frighten them. Courtney has continual dreams throughout the day. The next morning, Matt comes and she feels better.

The rest of the group leaves for a while, and Matt presents Courtney with a birthday cake, and tries to get some time alone with her. However a killer breaks in and suddenly drills Matt in the chest. The killer chases Courtney downstairs, where the returning group of kids is just entering the door. He kills Sally (played by Heidi Kozak) and destroys the phone before they can call the police.

The killer continues to pursue the kids throughout the condo and neighboring houses. Slowly, one by one, he slaughters them all with the drill. Courtney finally finds a propane tank and uses it to ignite the killer.

Suddenly Courtney wakes up next to her boyfriend, Matt, realizing the events were just a nightmare, but he morphs into a killer in her mind. She wakes up once again realizing it was a dream within a dream, and she is now inside a mental hospital.

Suddenly, a drill is heard and a bit appears, plunging upwards through the floor. 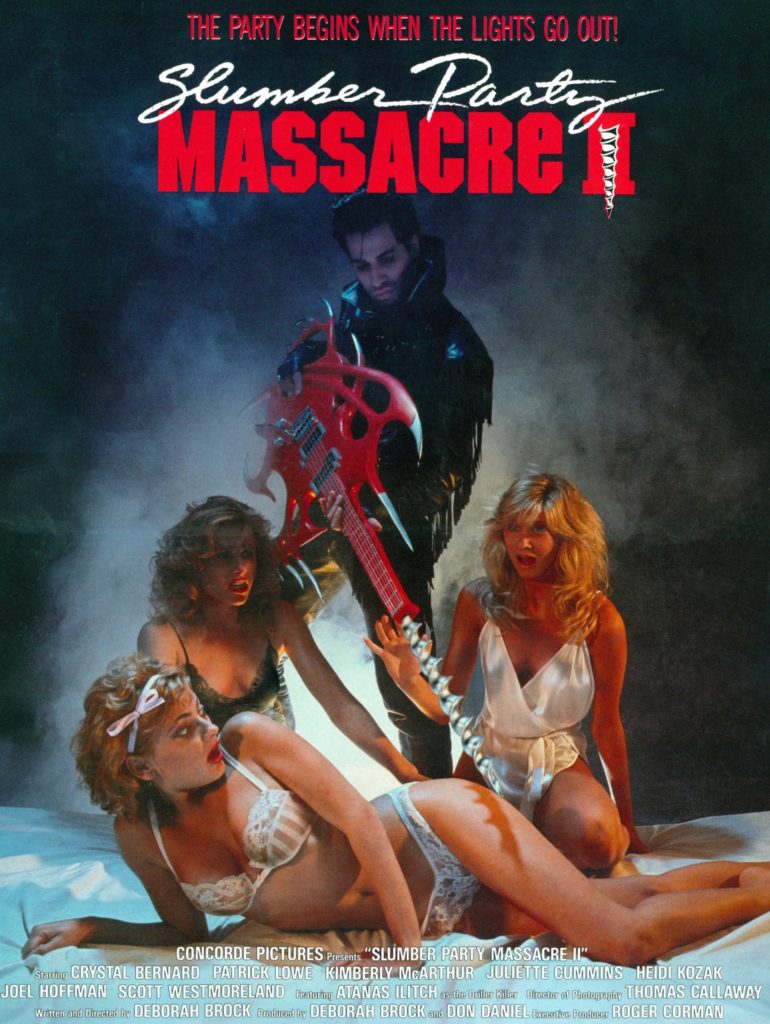