Years after the first movie took place, Ricky Caldwell (played by Eric Freeman) is being held in an asylum, waiting for a murder trial. He is the younger brother of the killer in the first film, and has gone on a killing spree. The movie is told in flashbacks, talking to a psychotherapist.

After his brother was killed, Ricky was adopted but suffered from trauma. His foster father died, so Ricky goes crazy and randomly kills people who he considered naughty. He starts dating a girl named Jennifer Statson (played by Elizabeth Kaitan) but he runs into one of her ex-boyfriends and it flips him over the edge. He electrocutes the ex-boyfriend (played by Ken Weichert) and then kills Jennifer. He kills a security guard for his gun and begins a massacre.

In the middle of the story, he suddenly kills the psychotherapist and escapes from the asylum. He kills a Salvation Army volunteer who is wearing a Santa costume, and decides to kill the Mother Superior from the first film. The cops show up, shoot him, but he survives and suddenly ambushes them with a knife, before the film ends. 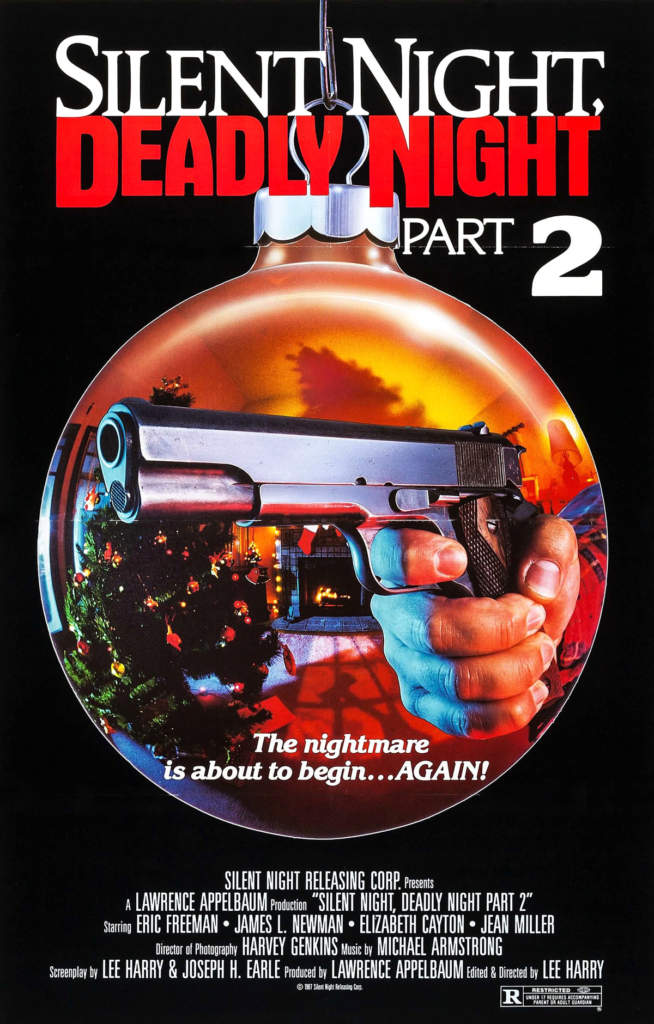