The movie was produced by Troma. Characters from the second film also appear in the third film, including Elizabeth Young.

The town of Tromaville, first introduced in the previous film, has re-engineered the nuclear reactor that caused the first meltdown which irradiated the town. The company which funded the reactor, Nukamama Corporation, established a university called the Tromaville Institute of Technology (referred to by the acronym TIT).

An evil professor at TIT, Professor Melvina Holt (played by Lisa Gaye) has designed a type of being called “subhumanoids”. These people have no emotions and are designed solely to serve as laborers.

The subhumanoids have a critical design flaw which causes them to melt down randomly, and Roger wants to prevent this from happening to Victoria. He enters the nuclear reactor in order to fix her, but a giant mutant squirrel named Tromie is guarding it – so he has to battle this creature. 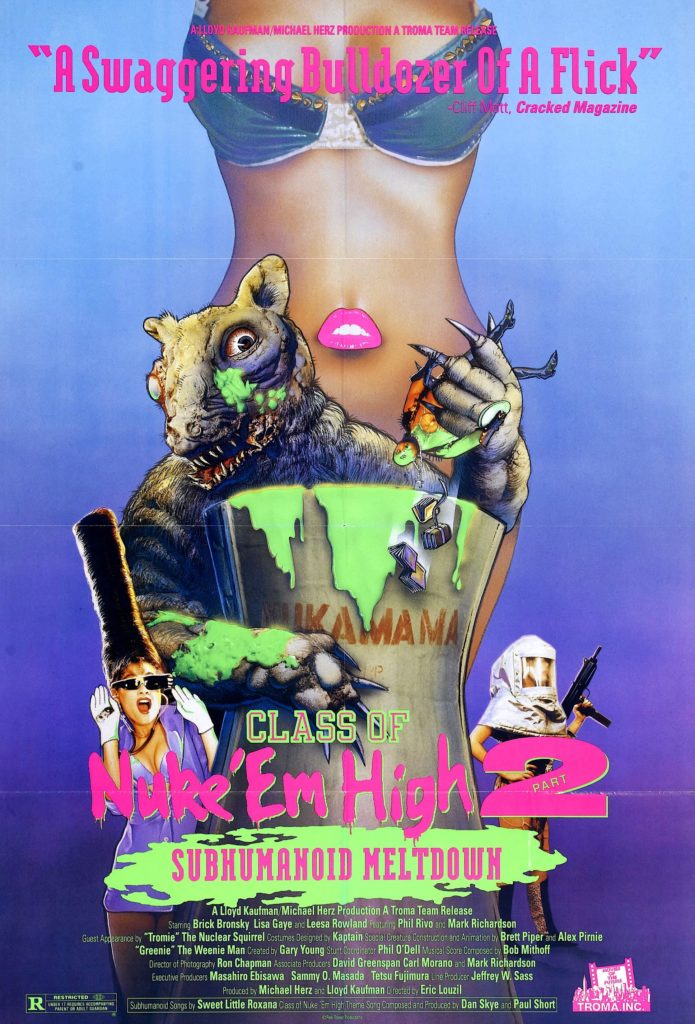