The 1991 film Beastmaster 2: Through the Portal of Time is the sequel to the 1982 sword-and-sorcery film The Beastmaster. Part of the Beastmaster trilogy and followed by Beastmaster III: The Eye of Braxus, the movie has since become a cult classic. The cast includes Marc Singer, Kari Wuhrer, Wings Hauser, Robert Z’Dar and Michael Berryman.

Dar (played by Marc Singer) is a barbarian who has the power of talking to beasts. When he is captured by the evil Arklon (played by Wings Hauser), Dar learns that he is actually his long-lost half-brother and is planning to conquer the world with Lyranna, a sorceress.  His companion animals rescue him from captivity, and he meets a weird swamp creature who says she, also, is a long lost half sister who was deformed in return for practicing forbidden rituals.

She prophesies that Dar must kill Arklon before the autumnal equinox or the world will be destroyed.

Arklon and Lyranna open up a time portal with the intent of bringing back a neutron bomb from “a place beyond space and time”. Dar and his animals follow them through the portal to stop them, and find themselves in 1990s Los Angeles.

While in Los Angeles, he meets a socialite named Jackie (played by Kari Wuhrer) who is the daughter of a rich senator. Fleeing the police because she was driving recklessly, they become friends. She assumes Dar is a circus performer.

Together, they proceed to chase down Arklon and Lyranna who have stolen a detonator. Driving the car through the portal, they leave it in the past and the brothers end up in a massive swordfight, where Arklon dies falling into a pit. The detonator is disarmed just in time. Dar, who now has a magic Key of Magog, tells Jackie that he will be back for her.

He returns to the past, where the abandoned car is now being worshiped by peasants who listen to music on the stereo. 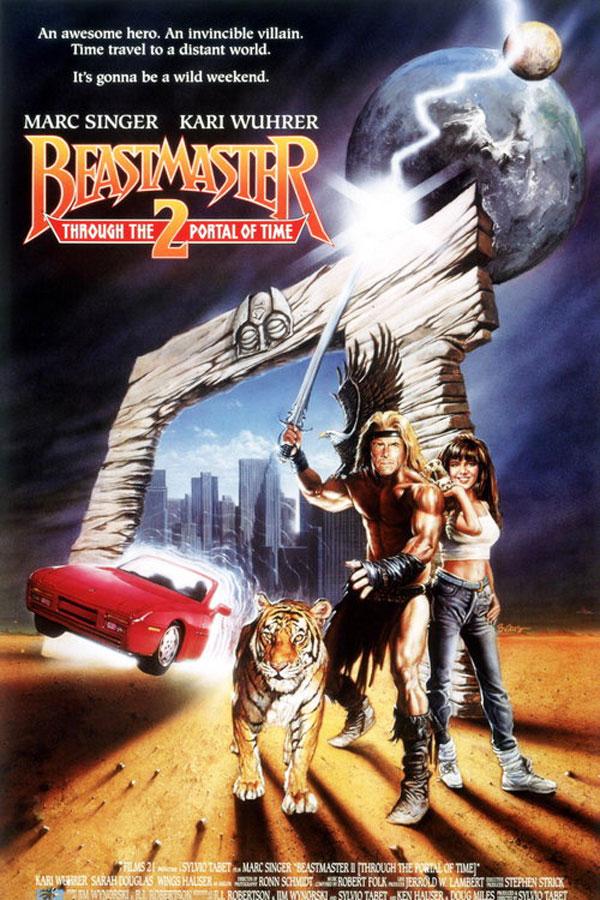