The 1986 film Night of the Creeps is a fun ’80s horror directed by Fred Dekker (who also directed Monster Squad).

In the same vein as Gremlins, Night of the Creeps is a tongue-in-cheek nod to the black and white 1950s creature features like Invasion of the Body Snatchers. Starring Jason Lively, Jill Whitlow, Suzanne Snyder (Weird Science, Killer Klowns from Space) and Tom Atkins.

Night of the Creeps is about a failed zombie invasion in 1959 during which the alien is captured and frozen in a lab.

Flash forward to present day, which is 1986: during pledge week two unpopular college undergrads try to pledge a fraternity. Chris Romero (played by Jason Lively) and his disabled friend named JC (played by Steve Marshall) are given a mission to steal a dead body, during which they inadvertently release a zombie.

Chris is trying to impress a girl (Cynthia, played by Jill Whitlow) so it is especially embarrassing when the frat brothers confront them about what they’ve done. Learning that the zombie is susceptible to heat, Chris and a detective get a flamethrower from the police station. The zombie is attacking a formal dance, where most of the fraternity is at, and people are getting attacked by possessed slugs.

They find a huge pile of slugs in the basement, and the detective burns them using a can of gasoline. The house explodes, and Chris and Cynthia kiss in front of it as the film ends. 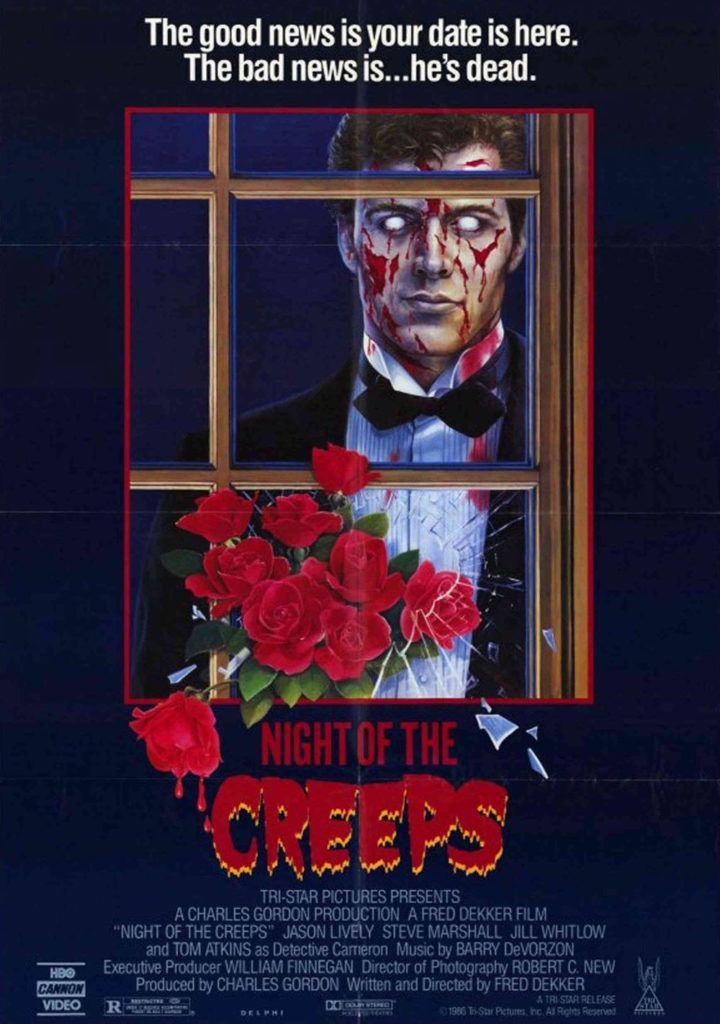