Killer Klowns from Outer Space is a low budget science fiction B movie lovingly crafted to be an homage to the cheesy, black and white horror flicks of the 1950s. Starring Suzanne Snyder, Grant Cramer, John Allen Nelson and John Vernon, the film is about an alien invasion of killer clowns. It’s a B-movie that has since become an enduring cult classic.

In the town of Crescent Cove, a guy named Mike Tobacco (played by Grant Cramer) is parked in a car with his girlfriend Debbie (played by Suzanne Snyder).

A strange object is seen in the sky falling to earth. A farmer in the woods stumbles upon a large circus tent structure and is captured by the alien clowns. Mike and Debbie, venturing into the woods, find the circus tent and start exploring it. It is a crazy-house like spaceship and is inhabited by alien clowns, who shoot at them with popcorn guns.

They report the incident at the police station (played by John Allen Nelson) but they refuse to believe them. They go back to only find a large crater where the circus tent had been. However, the Killer Klowns are now kidnapping people in the town and covering everything in a cotton candy goo.

They meet two brothers in an ice cream truck, and they all drive around town warning of the invasion. In the end, a huge marionette called Jojo the Klownzilla attacks and destroys the truck. The tent starts to rise into the air. They eventually destroy the ship by throwing a police officer’s badge at Klownzilla’s nose, which explodes. 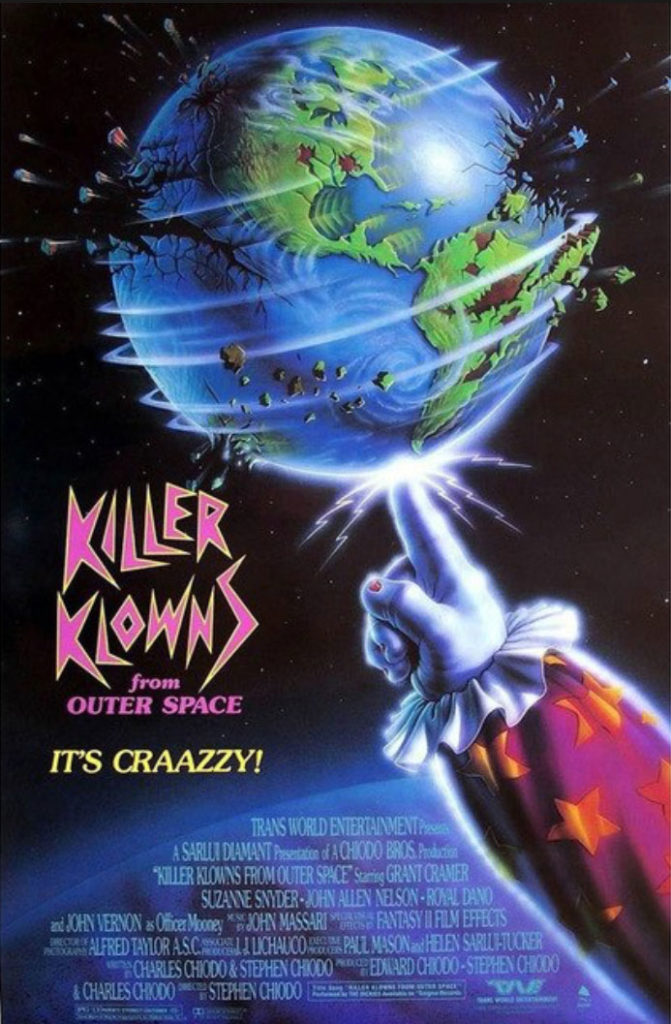