The 1987 film Equalizer 2000 is a post-apocalyptic action film, shot in the Philippines and directed by Cirio Santiago. One of the more popular post-apocalyptic 1980s action movies, in the same vein as Mad Max. Starring Richard Norton, Don Gordon Bell, Corinne Wahl, with a special appearance from Robert Patrick (the legendary actor from blockbuster films like Terminator 2, Walk the Line and the classic TV show X-Files.

In Alaska, after the world has been destroyed by nuclear war, a gang of drivers with weaponized vehicles roams through the barren wasteland. This fascist group, called the “Ownership”, is oppressing local groups of rebels and is ruled by a warlord called Neil Desai (played by David Da Silva Krul).

However, a man named Slade (played by Richard Norton) has built a massive machine gun called the Equalizer 2000. The Ownership wants to get their hands on this weapon, and a battle between him and the entire Ownership ensues. 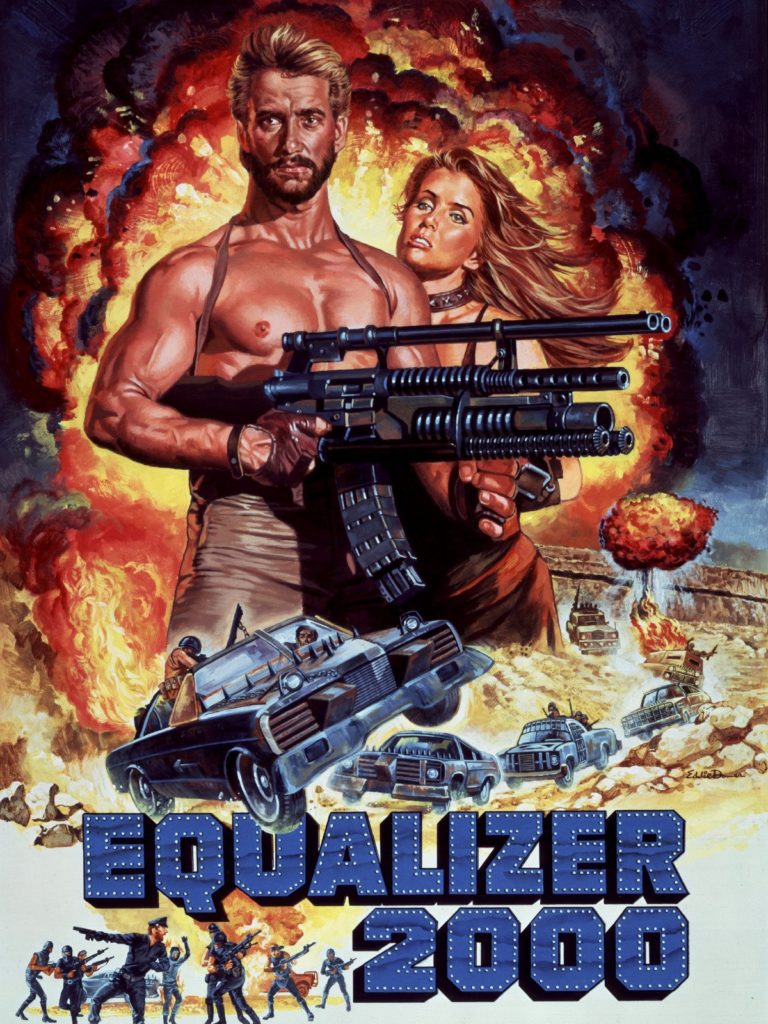