Sharktopus vs. Pteracuda (2014) is a sharksploitation B-movie directed by Roger Corman and Kevin O’Neill, and starring Robert Carradine, Katie Savoy, Rib Hillis, and Conan O’Brien. The movie has since become a cult shark film with late-night showings on cable.

A marine biologist named Lorena (played by Katie Savoy) finds an egg containing an unborn Sharktopus. An evil CEO of a research company named Symodyne (played by Robert Carradine) releases a hybrid of a barracuda fish and a pterodactyl, and this animal is hacked by a scientist named Vladimir Futon. The fish-bird mutant attacks workers at the lab, and the scientist tries to control the animal to attack further victims.

The military attempts to attack the animal, and the Pteracuda escapes.

In the meantime, the biologist Lorena raises the Sharktopus at a water park. After it attacks someone, the news gets out that a Sharktopus is still alive. The military convinces them to let them use the Sharktopus to kill the Pteracuda, and they release it into the wild. Lorena is locked away, and in the meantime a fight breaks out between the two creatures, killing civilians on the beach (including Conan O’Brien).

Ultimately, attempting to track down the animals, Lorena escapes and attempts to lure in the animals, which they finally kill with a harpoon that overloads a chip inside the Pteracuda’s head and causes it to explode. 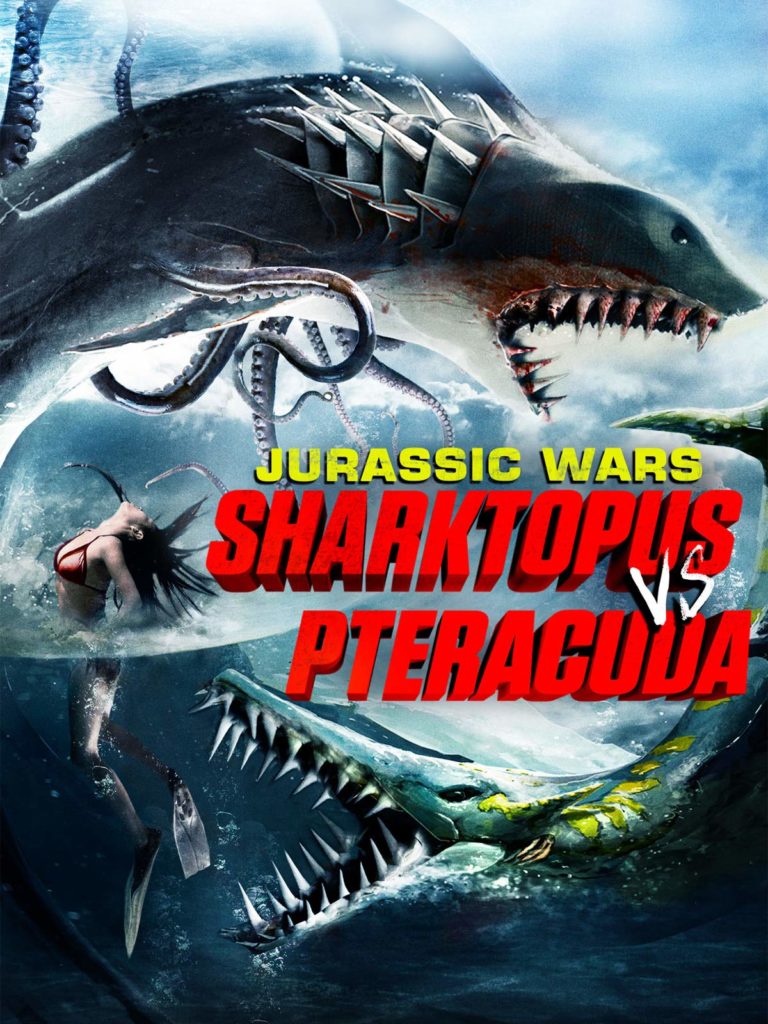