The 1989 film Dr. Alien is a science fiction and comedy film also known as I Was a Teenage Sex Maniac and I Was a Teenage Sex Mutant. The movie was directed by David DeCoteau and starred Judy Landers, Michelle Bauer, Elizabeth Kaitan, Billy Jacoby, Linnea Quigley, and Olivia Barash.

Wesley (played by Billy Jacoby) is a high school nerd, often bullied. He has a crush on Leanne (played by Olivia Barash) but is too self-conscious to date her.

A substitute teacher named Miss Xenobia teaches biology (played by Judy Landers), but he is in love with Leanne and isn’t impressed. Miss Xenobia selects him for an experiment after school. An assistant named Drax injects him with a vitamin supplement, making a stalk appear on Wesley’s head when he is around girls.

He becomes more confident, but he cannot remember what happens for brief periods. He becomes the frontman of a metal band, called the Sex Mutants, and finally asks out Leanne on a date.

His band plays a show, with an opening by a girl band named the Poon Tangs (one played by Linnea Quigley). Leanne thinks that Wesley is flirting with the girls backstage and runs off. Wesley attempts to follow, but finds Miss Xenobia in a silver spacesuit, who tells him she and her assistant are from Alterion and are attempting to save their planet, where nobody can produce children. She attempts to seduce him once more and peels off her fake head.

Wesley goes back to the high school lab, where Xenobia has stored serum. He burns it down, returns to the music show with one vial of serum, and finds Xenobia with a ray gun. He tries to stop her firing, and destroys the last vial of serum. The assistant, Drax, shows up and admits he has taken some of the serum and has grown a stalk.

They fly back to Alterion and Wesley is left with his girlfriend, Leanne. 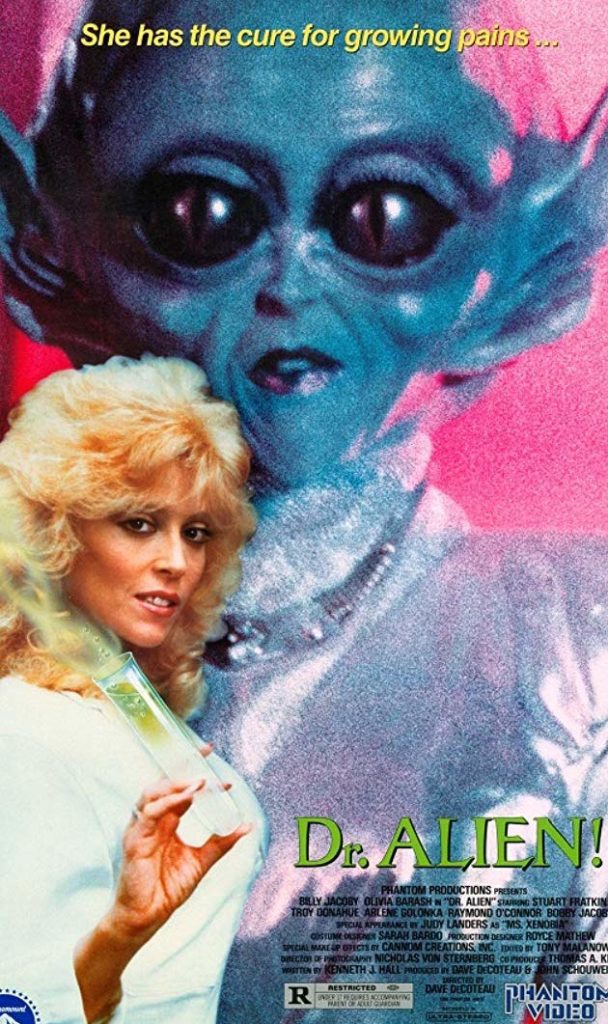