The 1983 film The Beast and the Magic Sword (also known as La Bestia y la Espada Magica) is a sword-and-sorcery film uniquely co-produced by Spain and Japan. The movie was tenth in the werewolf series written and directed by Paul Naschy, under the pseudonym of Jacinto Molina. The movie stars Paul Naschy, Julia Saly, Junko Asahina, and Shigeru Amachi.

The movie was never dubbed in English, distributed in theaters outside of Spain, or available on home media like VHS or DVD.

Following the events in the previous films, in the sixteen century a werewolf named Waldemar Daninsky (played by Paul Naschy) travels from Europe to Japan. He searches the temples of Japan, hoping to find someone who can rid him of his lycanthropy. He discovers that a sorcerer, Kian (played by Shigeru Amachi) and a magical sword can remove his affliction. 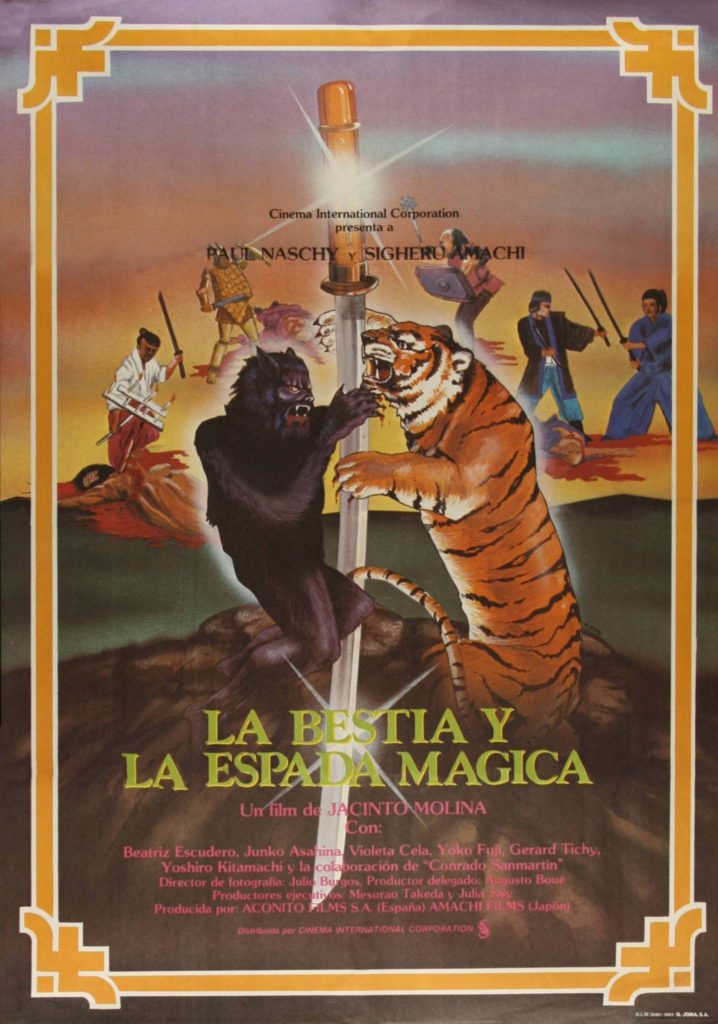