The 1984 film Ninja III: The Domination is a horror–kung fu film released as the third part of the Ninja trilogy by the Cannon Group. It was directed by Sam Firstenberg. Although critically panned, it has since become a cult classic martial arts film.

The film begins with a ninja exploring a cave, finding weapons and various items. The ninja then brutally assassinates a couple of golfers on a green, until the police show up and he is chased into the desert and shot.

The main character, Christie (played by Lucinda Dickey), is then introduced. She works as a lineman for a telephone company, but also teaches exercise class at night. She discovers the body of the ninja and is possessed by his evil spirit. After a romantic interlude with a police sergeant that she reported the corpse to, she discovers that her entire house is possessed by the spirit.

Christie falls into a trance, and then the evil spirit uses her body to avenge the killers of the ninja. The sergeant finds out that Christie is slaughtering all of his police colleagues, so brings her to a guru for a failed exorcism.

Finally, a ninja appears and, after a battle, she is released of the evil spirit, which turns into a final boss. Both Christie and the ninja, accompanied by her police boyfriend, battle the evil spirit until he dies, creating a chasm which both almost fall into. The evil spirit ninja fades away and everyone walks into the sunset. 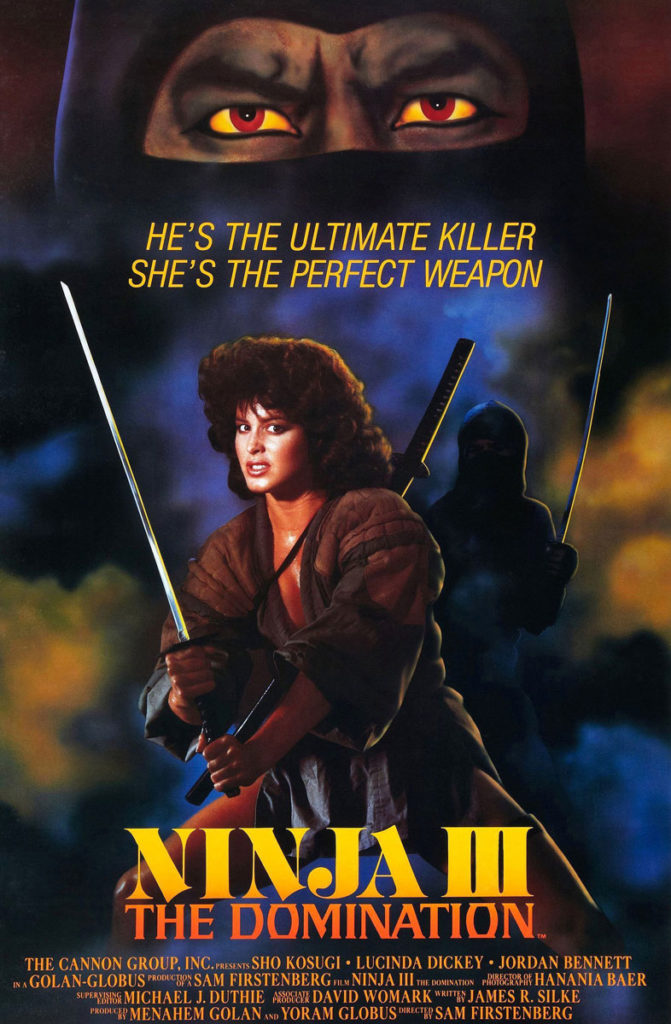