The 1991 film Silent Night, Deadly Night 5: The Toy Maker is a Christmas horror film that has since become a cult classic. It was released on video in 1991.

A boy named Derek (played by William Thorne) finds a Christmas package addressed to him on the doorstep. His father opens it and is strangled by a musical orb shaped like Santa.

Two weeks later, his mother Sarah (played by Jane Higginson) takes him to a toy shop owned by Joe Petto (played by Mickey Rooney) and his son Pino (played by Brian Bemer), since he hasn’t spoken since his father’s death. He doesn’t want any of the toys, so when they leave the old man yells at his son blaming him for the shop’s failures. Giving a toy called Larry the Larvae to his landlord in exchange for not paying rent, the toy then kills the landlord on his drive home.

After taking Derek to see Santa at the mall, and then getting a babysitter to watch him while she goes to talk with her friend Kim (played by Neith Hunter as the same character in Silent Night, Deadly Night 4) it turns out that Joe Petto had a history of booby trapping toys. He kills his son Pino in a drunken rage, and kidnaps Derek. Sarah goes to the toy store to find him.

She shockingly finds that Pino is actually a toy robot built to be a replacement for Joe’s son who died years ago. He attacks her, but she ends up killing him with a screwdriver and breaking the machinery apart. 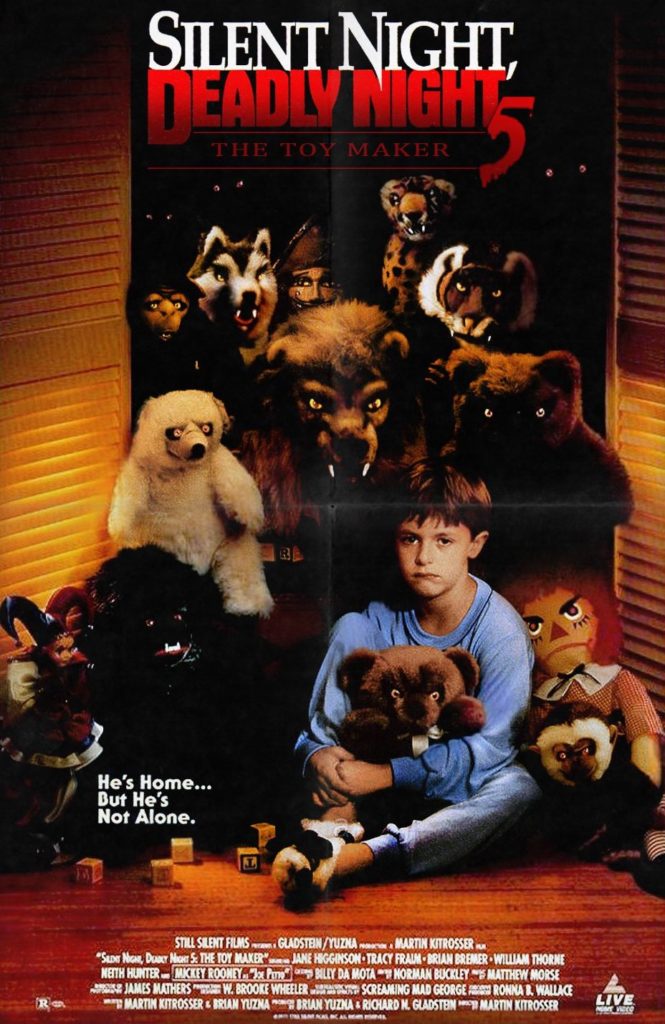