The 1986 film Chopping Mall is a low-budget horror film. It was directed by the famed B-film director Jim Wynorski, and produced by Julie Corman, the wife of famous B-film producer Roger Corman.

The movie was a critical and box office flop, but has since garnered a massive cult following and done well on video. It is known for a campy, tongue-in-cheek take on contemporary horror film, and a self-aware humor with taglines like “Where shopping costs you an arm and a leg” and “Half off is just the beginning!”

The movie also features small appearances by other Corman regulars, like Toni Naples who appears as one of the bathing suit models in the beginning of the movie.

After closing one night, a group of teen workers decide to stay in the mall past curfew and party in a furniture store. A thunderstorm begins, and strikes the security computer on top of the mall, causing the robots to go rogue. One couple, Mike (played by John Terlesky) and Leslie (played by Suzee Slater) get killed by the robots and the other teens flee.

Gathering together after a period of chaos, they arm themselves with guns from a sporting goods store and flares from a home improvement store. They attack the robots and decide to destroy the command center.

One teen, Greg (played by Nick Segal) is thrown off a balcony to his death. Linda (played by Karrie Emerson) is killed by a robot and her friend Rick (played by Russell Todd) rams a golf cart into a robot in a successful suicide attack.

Finally, the surviving teens Allison (played by Kelli Maroney) and Ferdy (played by Tony O’Dell) destroy the last robot by igniting paint thinner and escape the mall just as the sun is coming up. 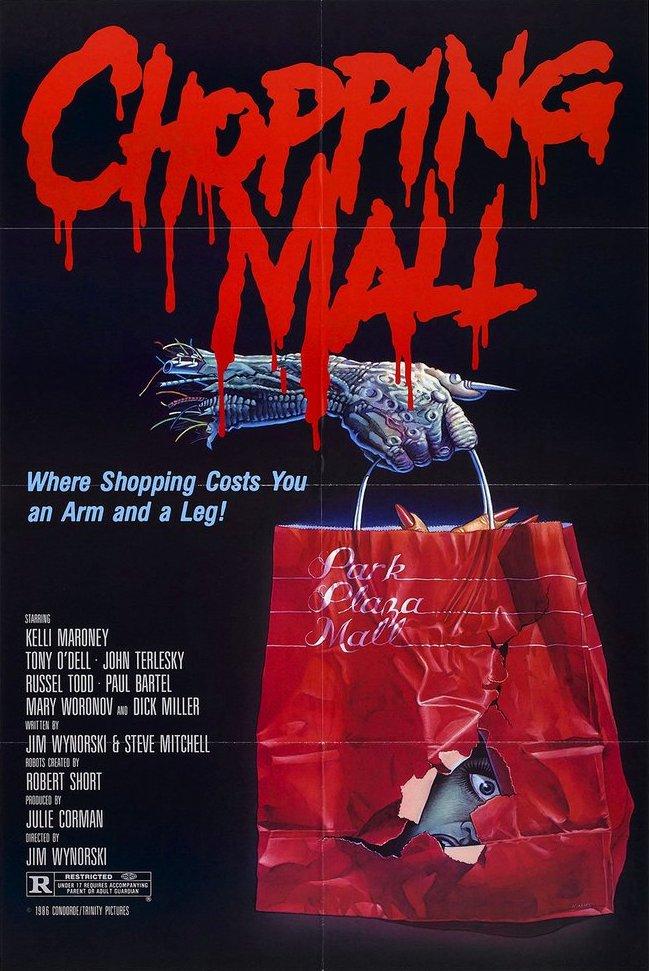