The actress and scream-queen Barbara Crampton was born on December 27th, 1958 on Long Island, New York. She grew up in the American Northeast, traveling with her father who was a carny with traveling fairs.

Crampton studied theater in college, and then moved to Los Angeles. She started appearing in various films in the early 1980s. Among these were a series of B-movies that solidified her position as a cult film star, including Re-Animator, Chopping Mall, and Puppet Master.

Crampton still acts, appearing in mostly horror films. She lives in San Francisco with her husband and three children. 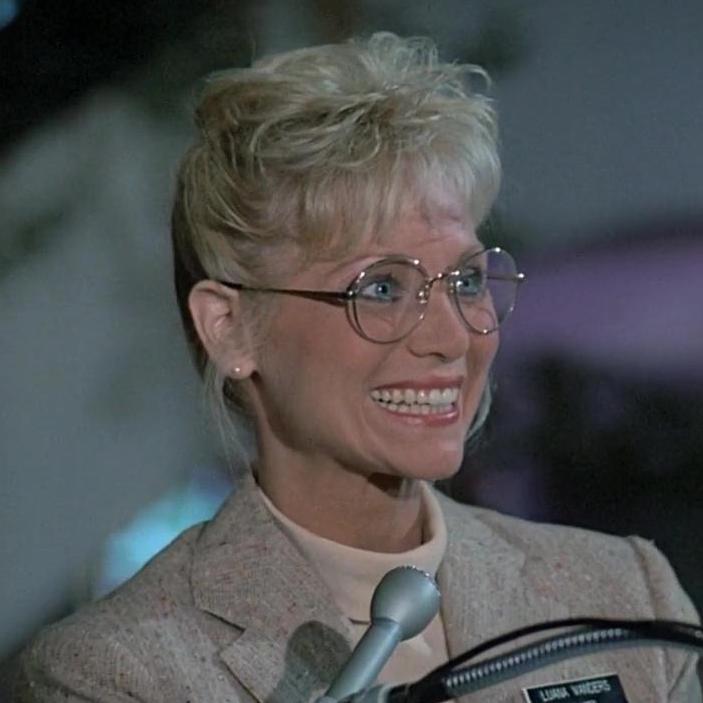