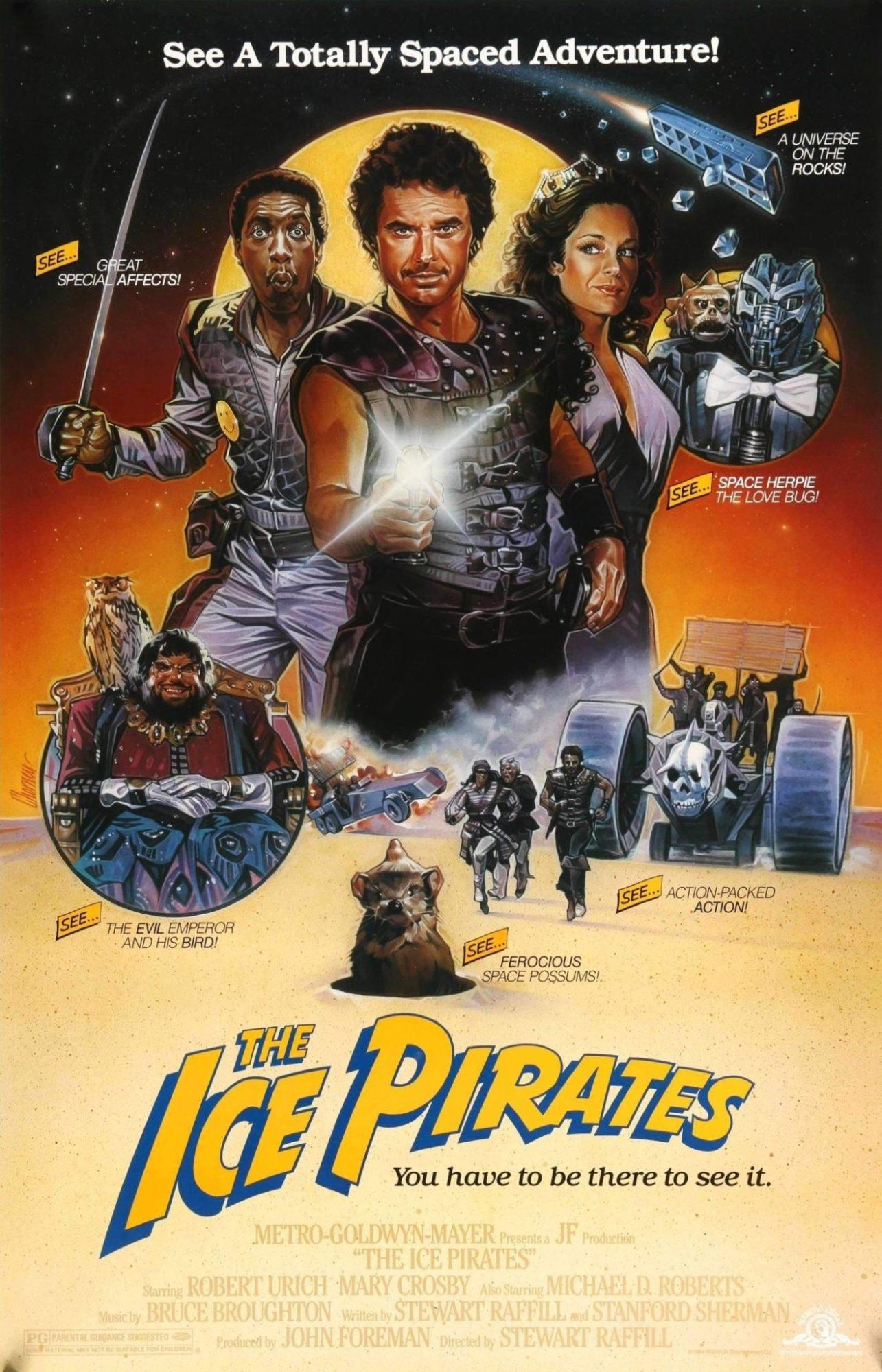 The 1984 film The Ice Pirates is a comedy science fiction film. It has since become a cult classic.

The film was made as a tongue-in-cheek parody of contemporary science fiction post-apocalyptic films, and did well during its theatrical release.

In the future, the galaxy is almost devoid of water, making it one of the most valuable resources. An organization called the Templars have total control over water, but renegade pirate ships roam the galaxy raiding Templar ships and stealing the water ice from the cargo sections.

Jason (played by Robert Urich) is a pirate captain who attacks a Templar spaceship for its cargo of ice. He finds a Templar princess named Karina (played by Mary Crosby) in suspended animation. She is accidentally woken up while he kidnaps her, and the Templars are apprised of his presence. He flees in his spaceship, but the Templars come after them.

Some of the crew, Maida (played by Anjelica Huston) and Zeno (played by Ron Perlman) escape while Jason is captured by the Templars. He meets a pretend monk named Killjoy (played by John Matuszak) who has donned the cloth in order to avoid slavery. Jason is sentenced to slavery, but the princess Karina spares him and purchases him as her slave. Later, the entire group flee the planet before the Supreme Commander (played by John Carradine) comes to capture Karina.

Karina reveals that her father has gone missing during the search for a vast water world called The Seventh World, which would essentially negate the Templar control of the galaxy.

Joining back up with the other members of the crew, Maida and Zeno, they find the lost planet and reach it via a time distortion field. Due to the time distortion, they age greatly during a battle with the Templars. Suddenly a ripple in the time field brings an adult son of Jason and Karina into the battle, where he saves them. They return to normal age and he disappears.

The original film was supposed to end with the space pirates arriving at Malibu and finding Californians swimming at the beach, but the studio removed this ending from the film. 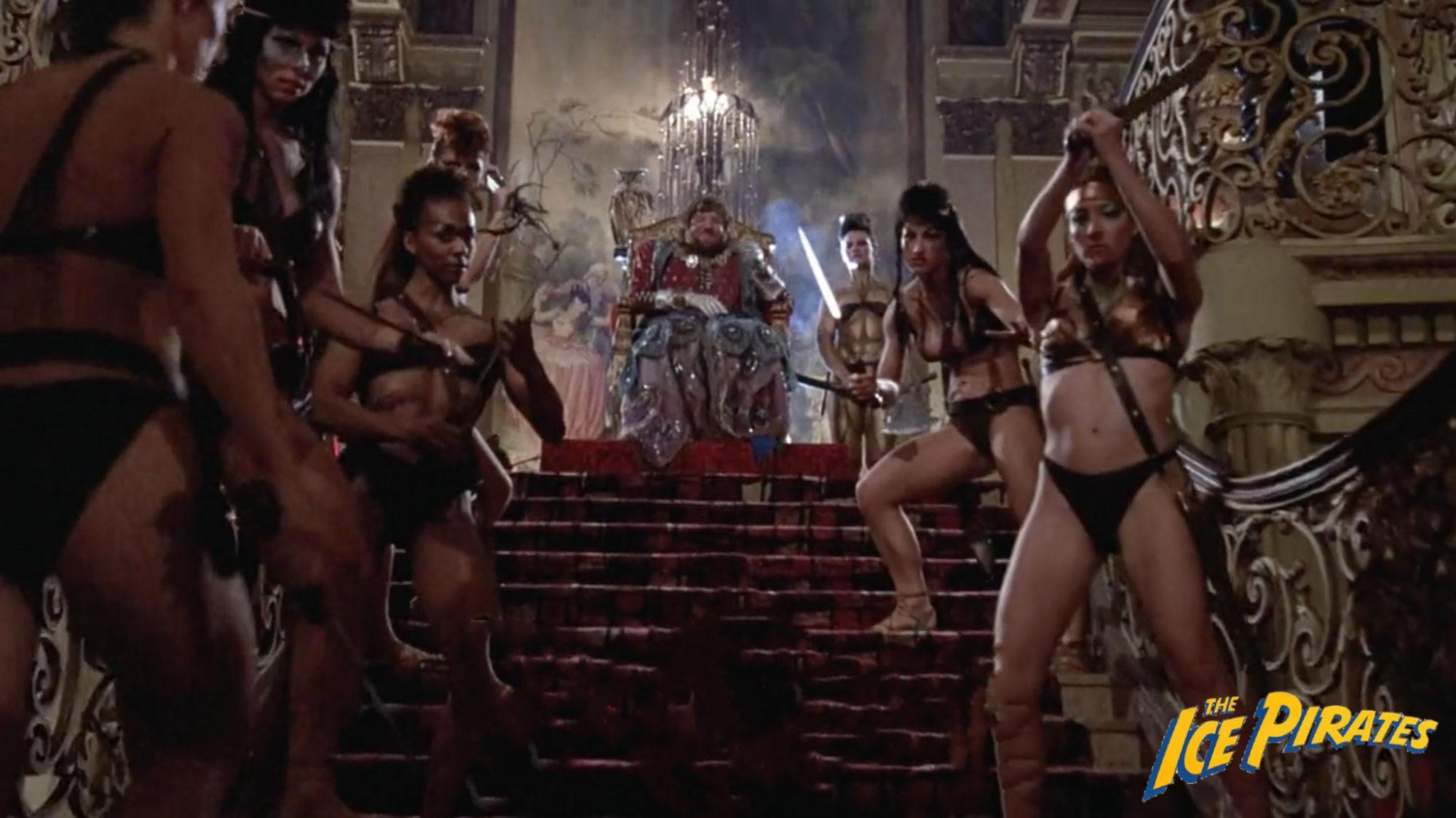 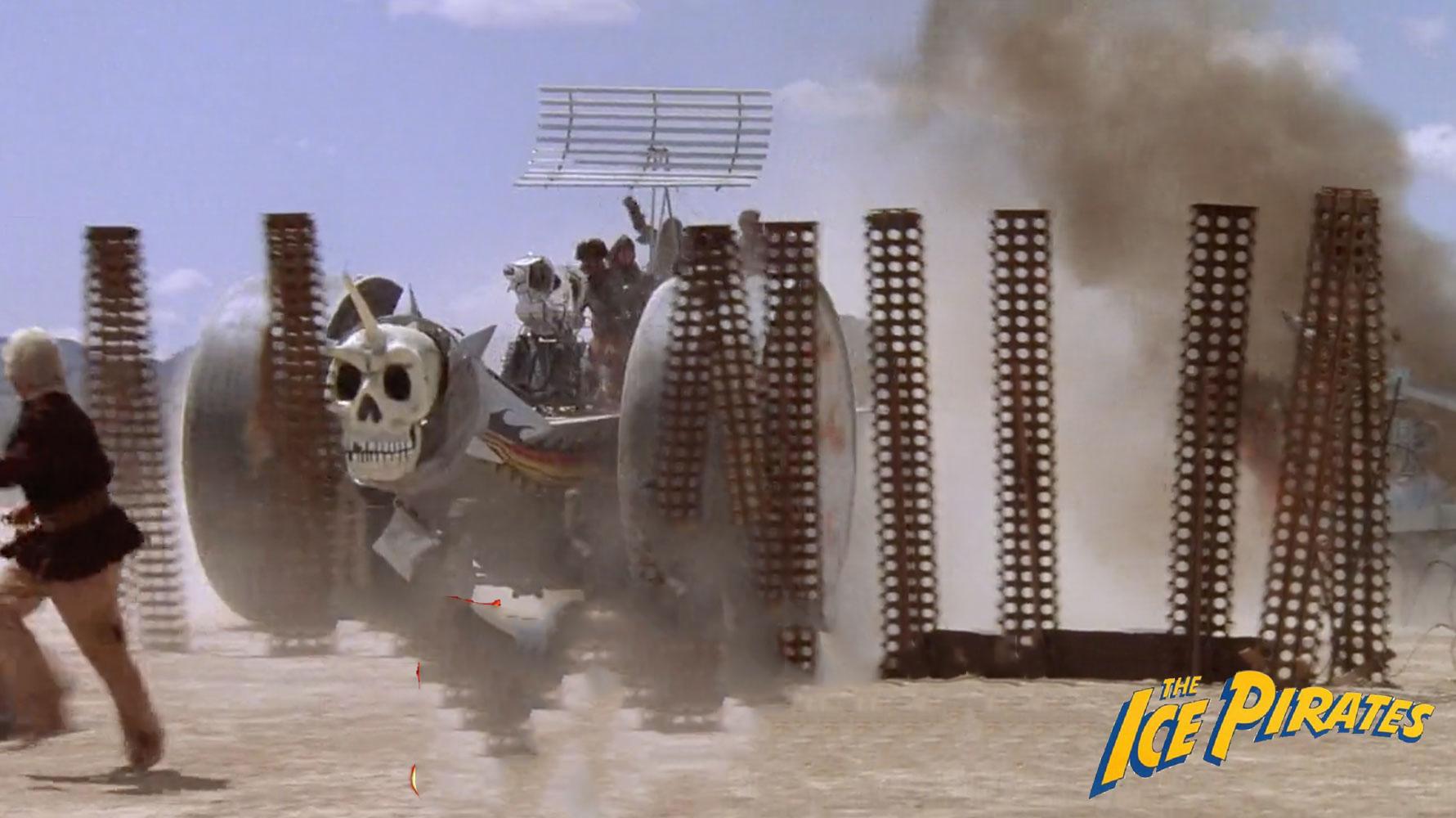 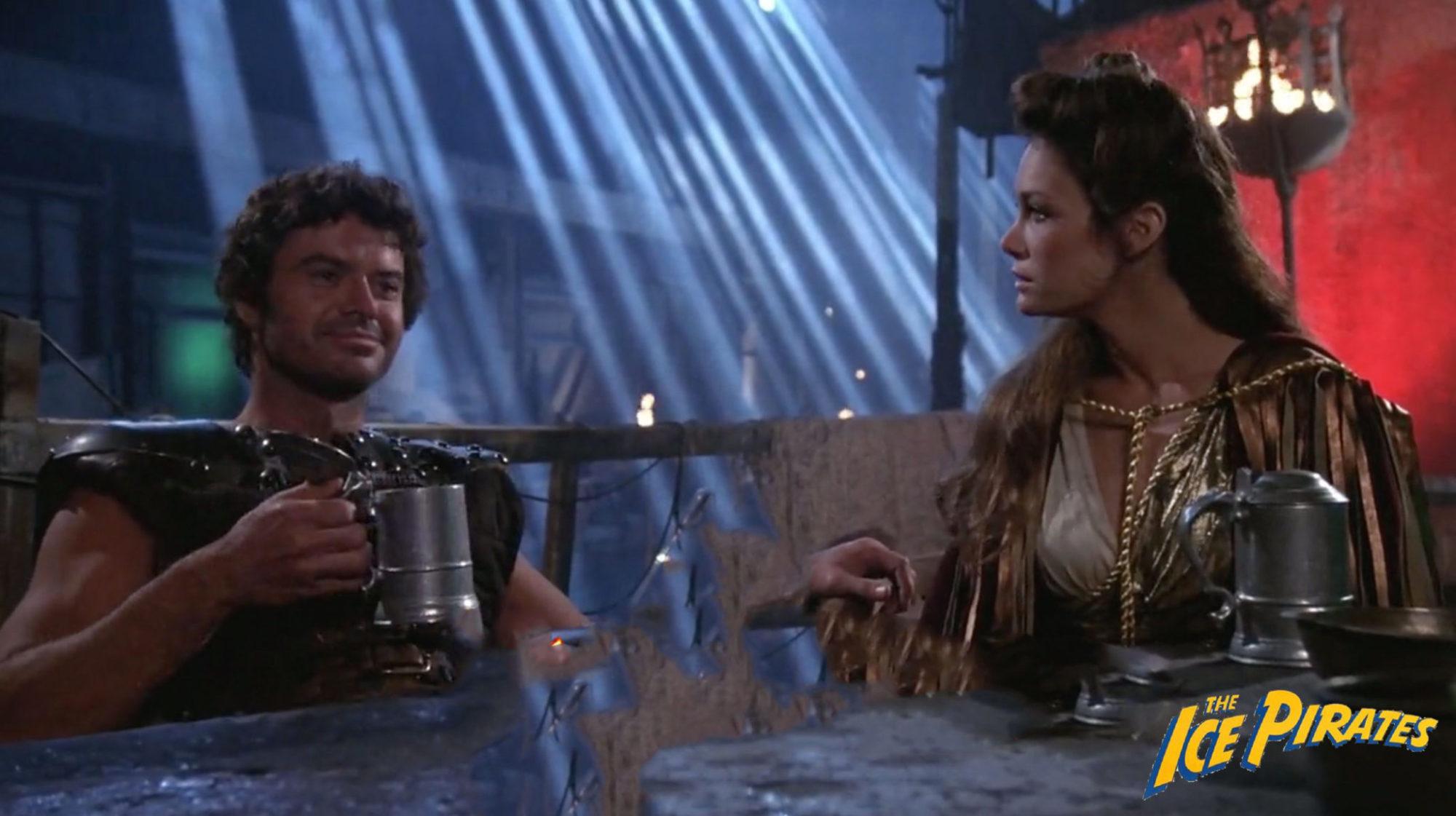 Robert Urich and Mary Crosby in The Ice Pirates (1984) 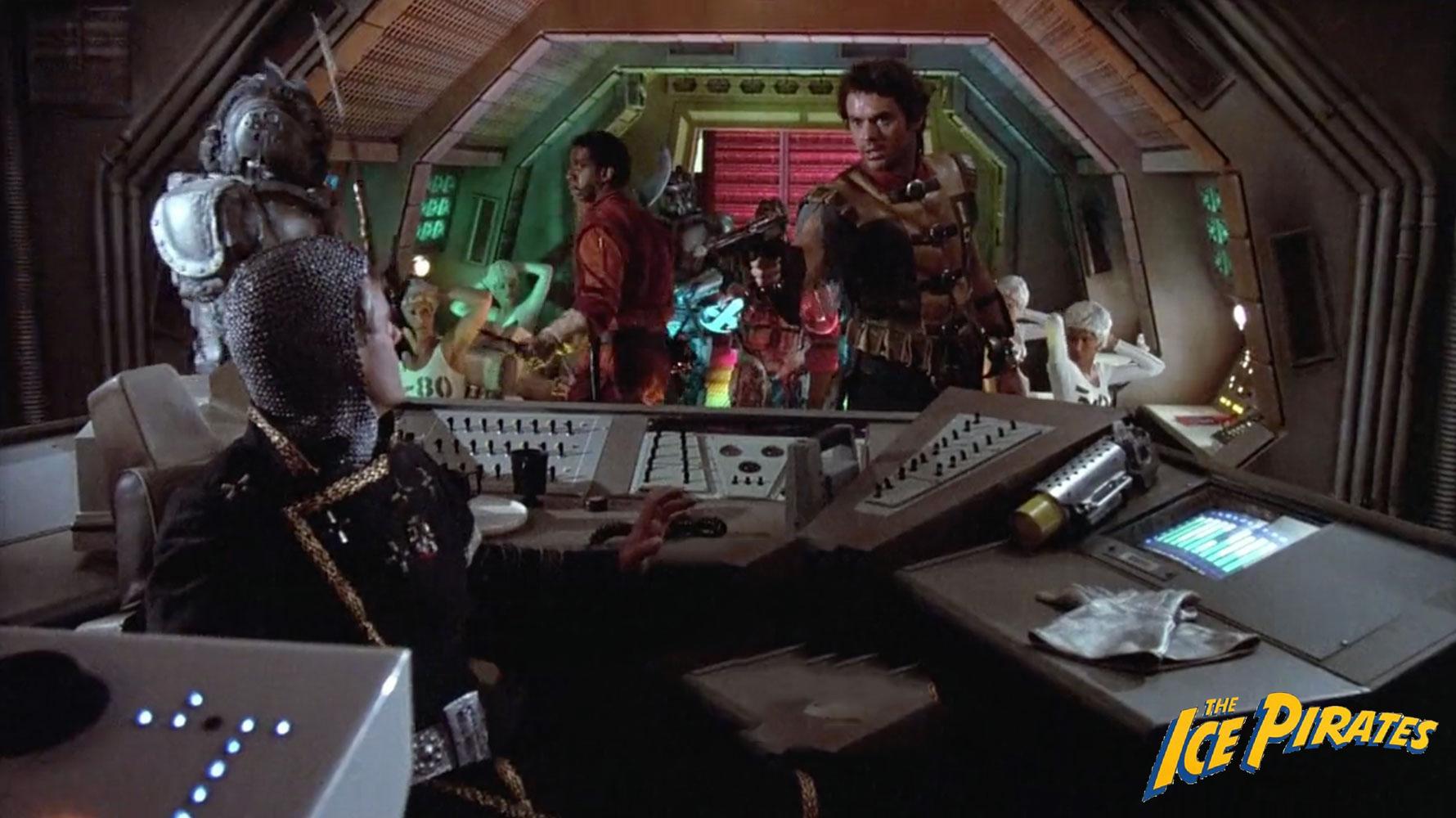 Robert Urich and Michael D. Roberts in The Ice Pirates (1984) 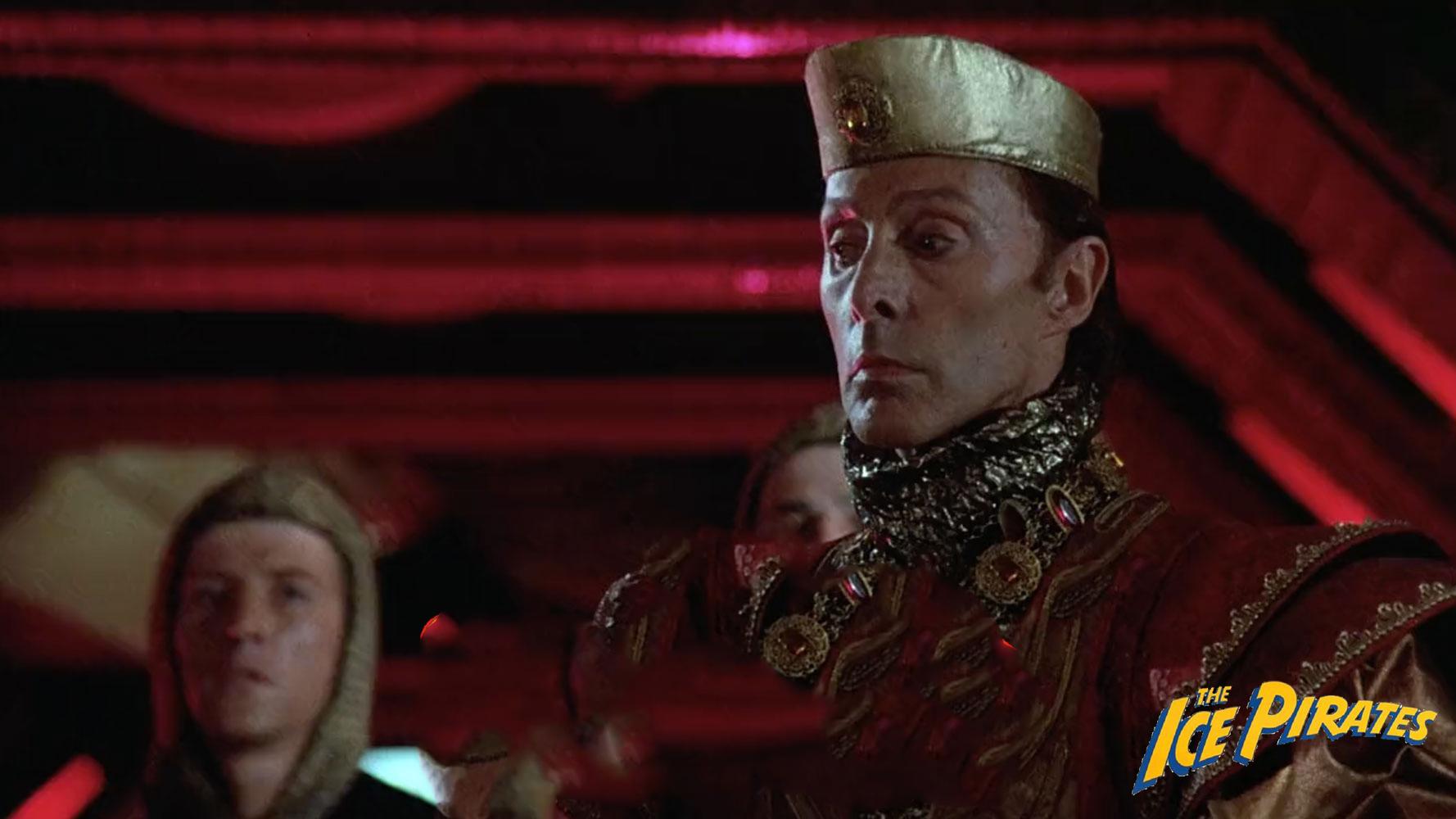 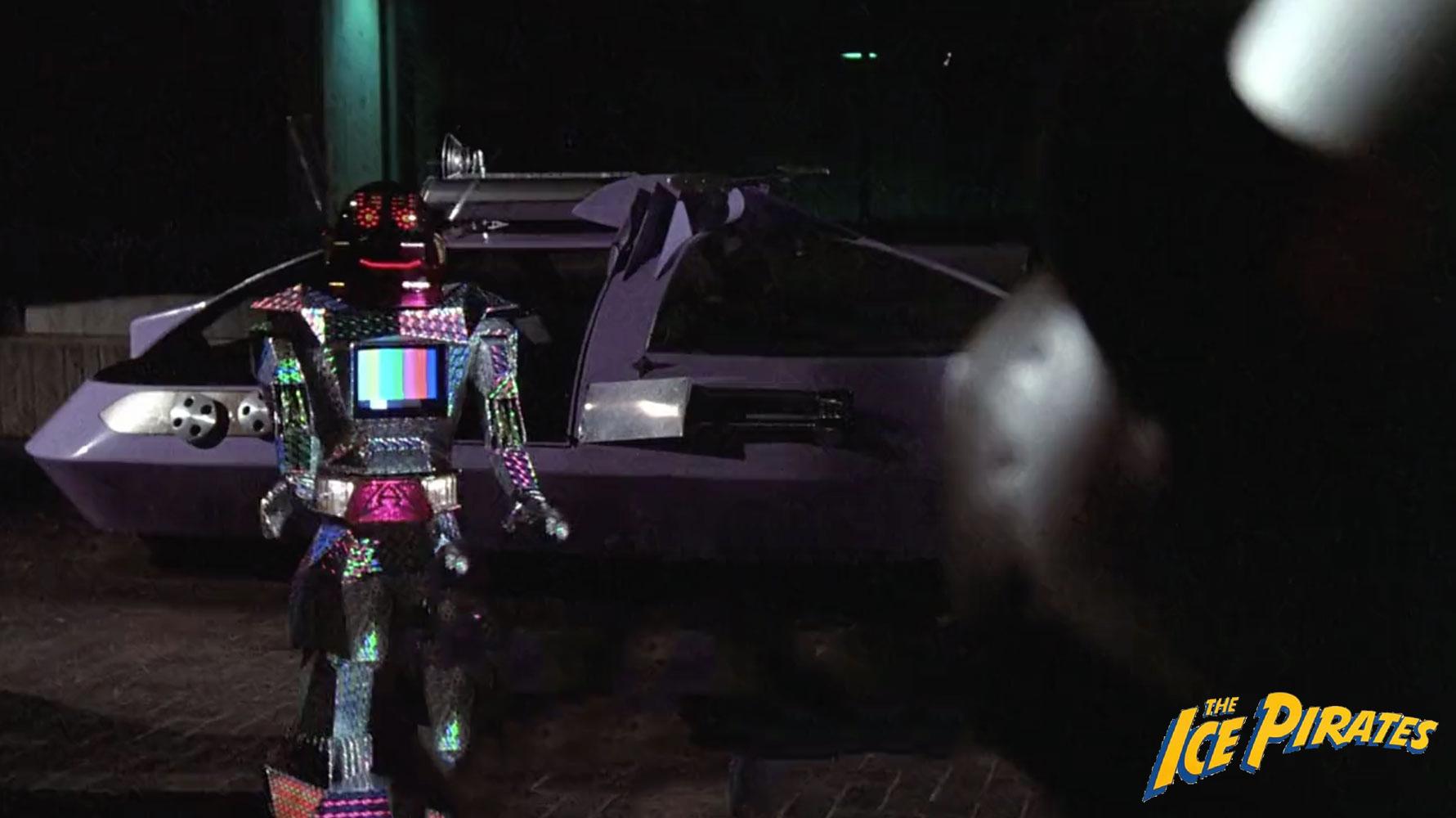 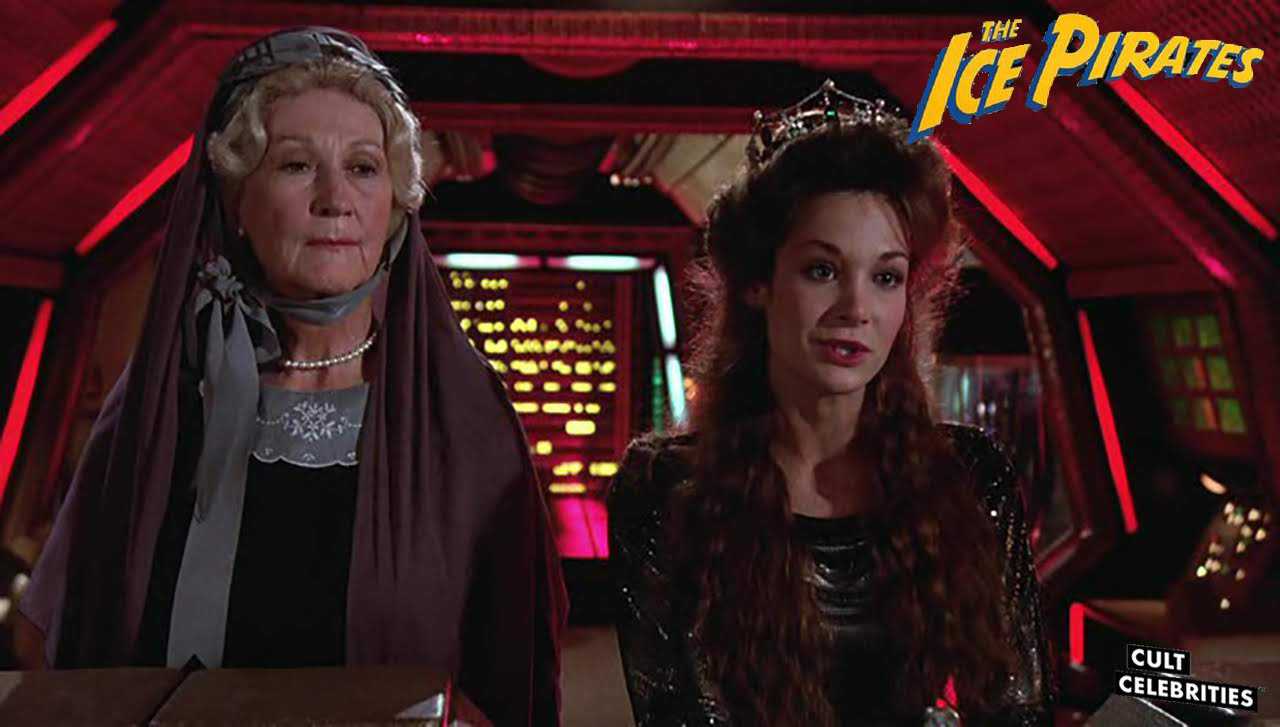 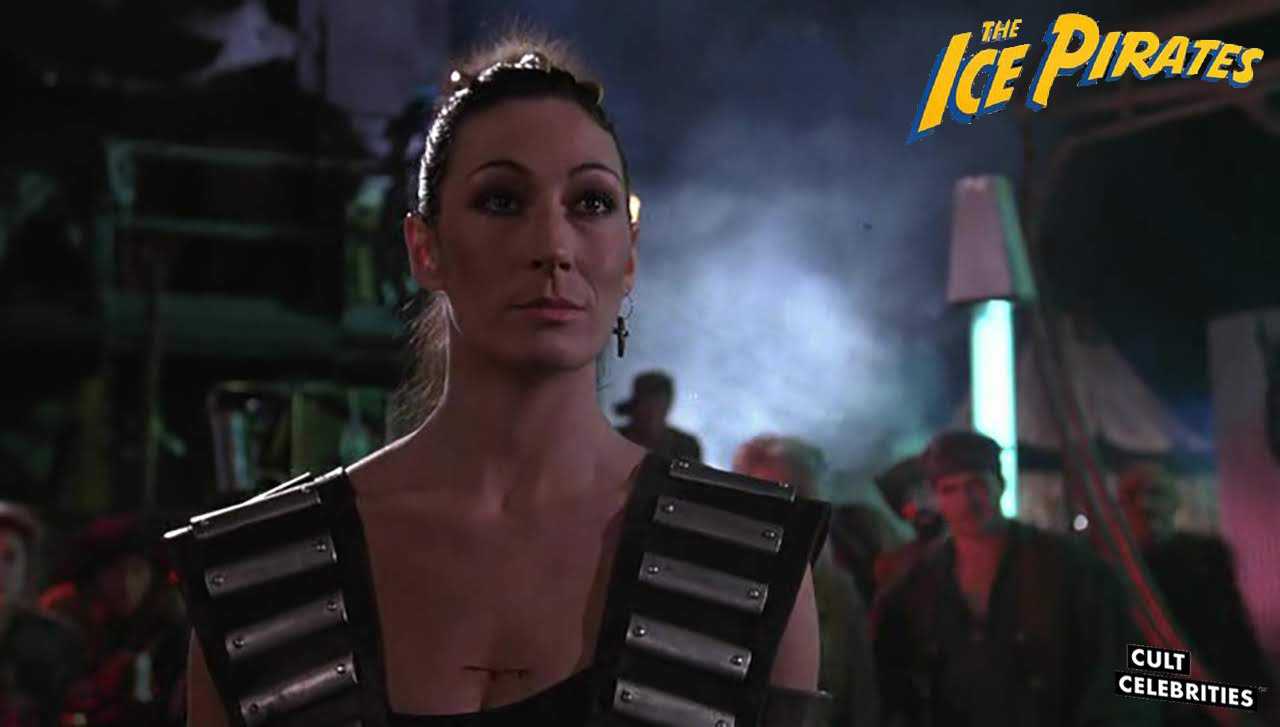 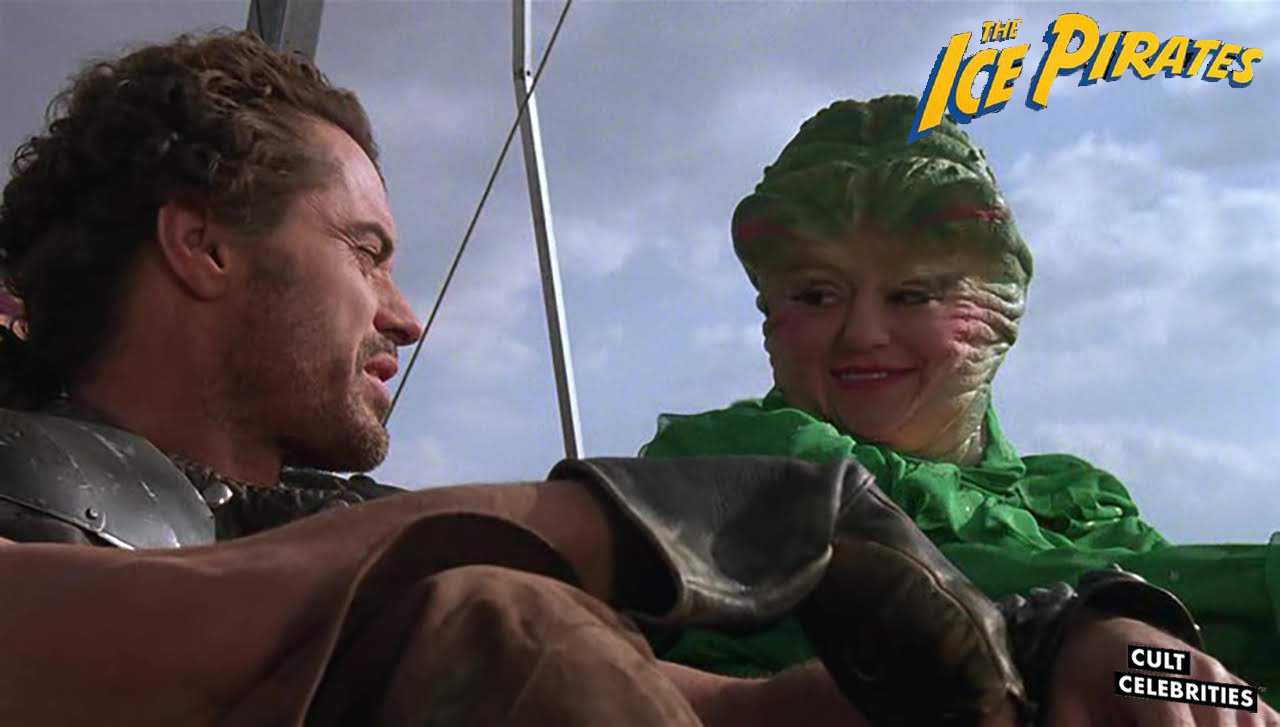 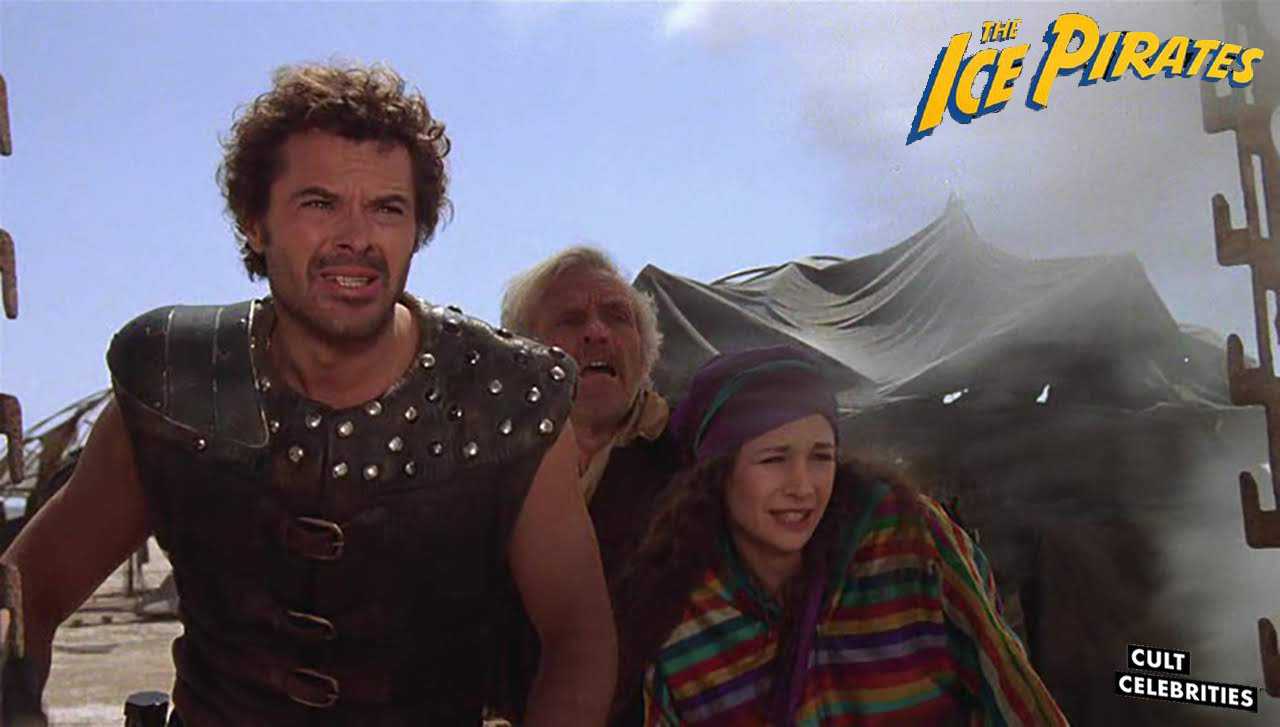 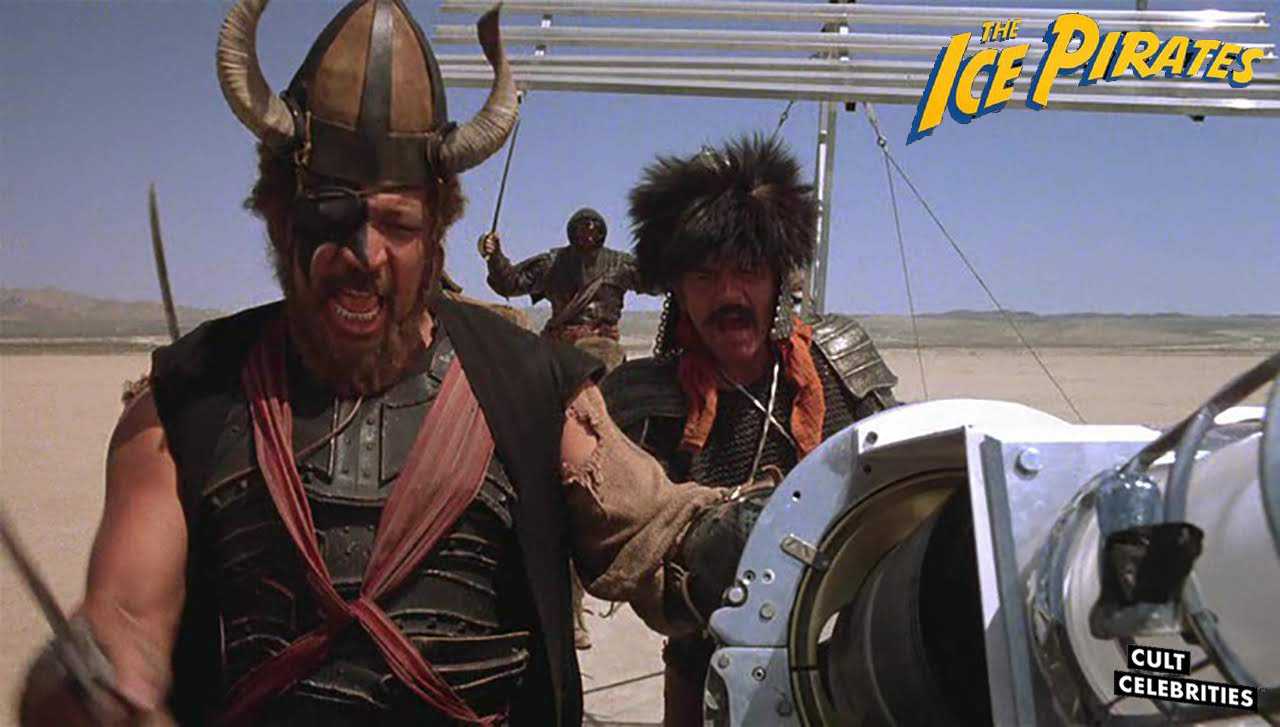 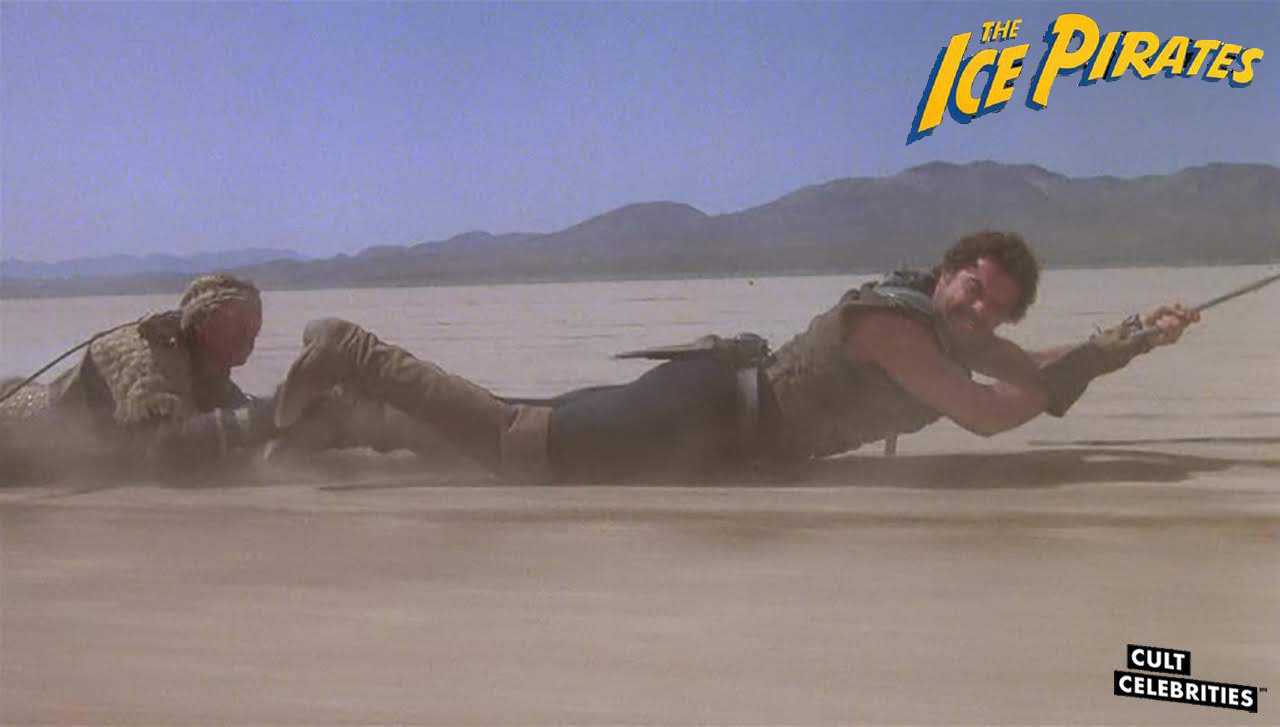 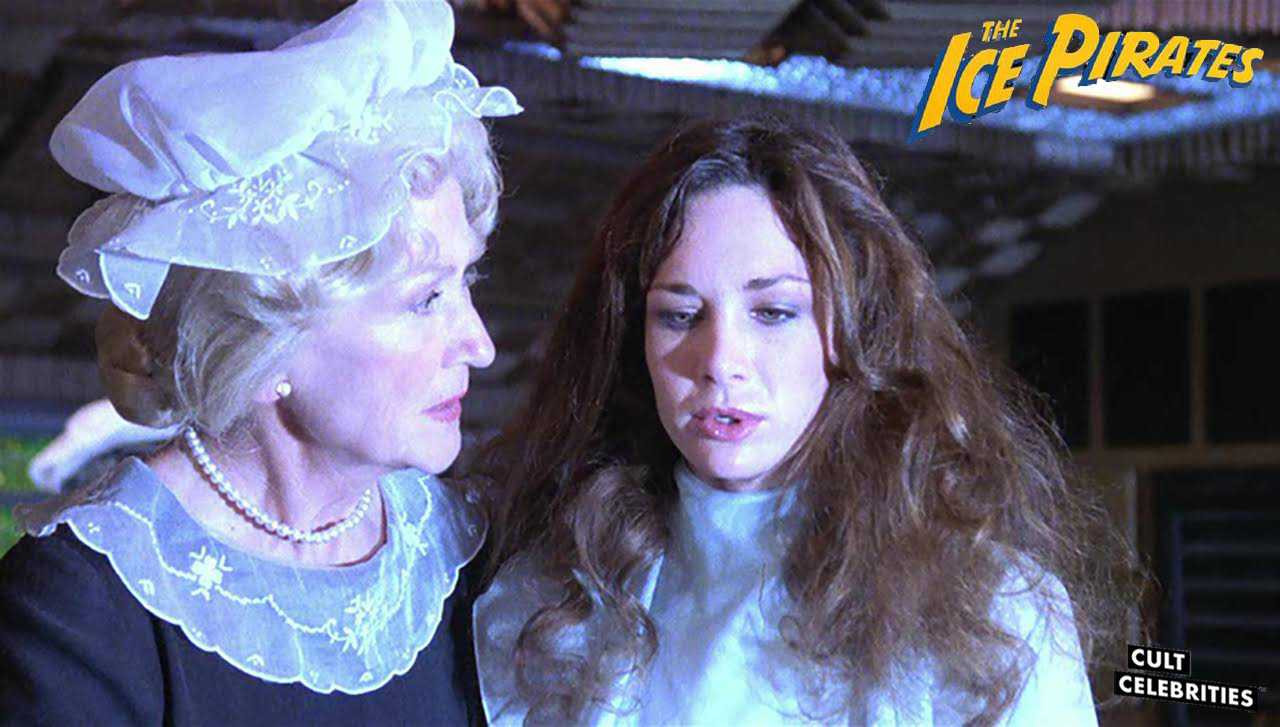 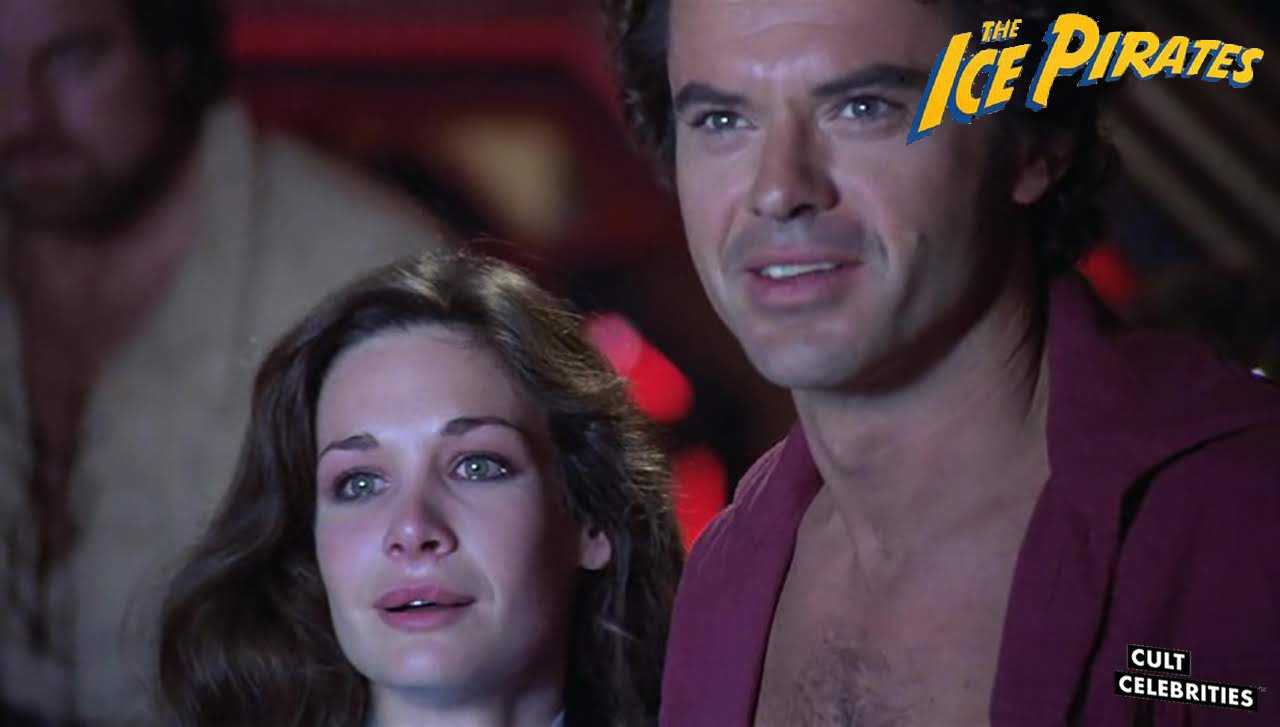 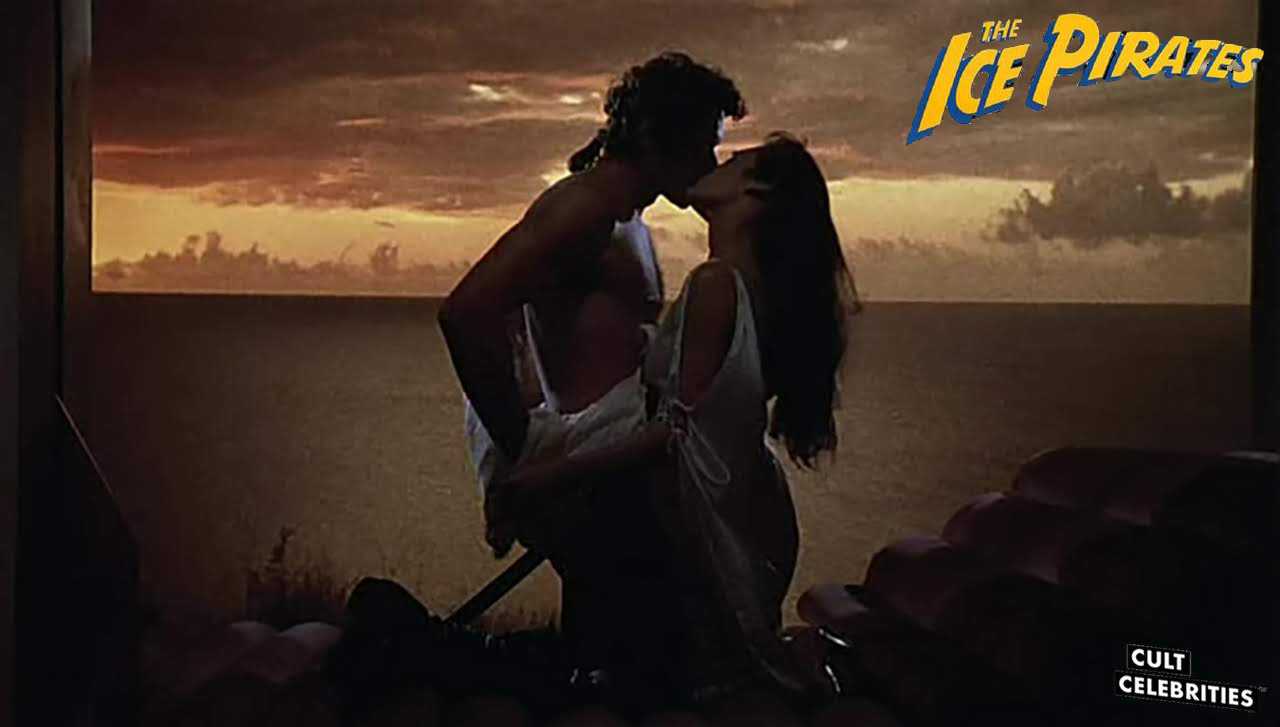 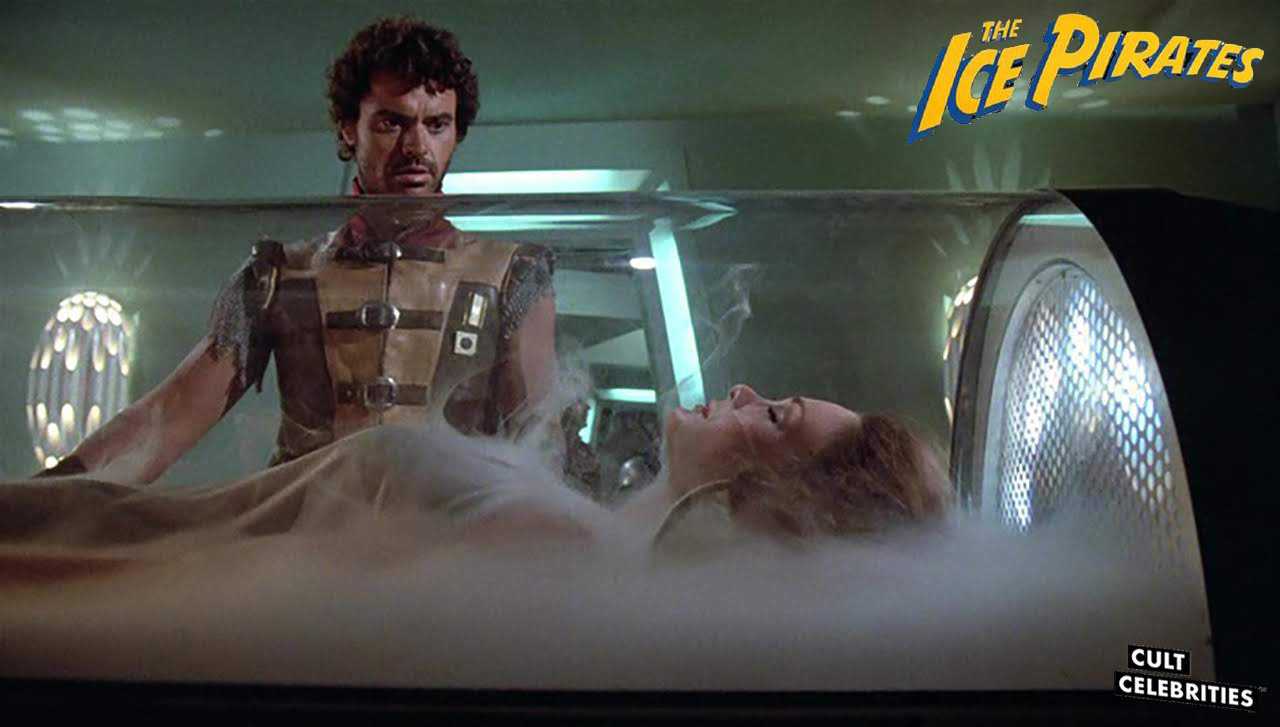 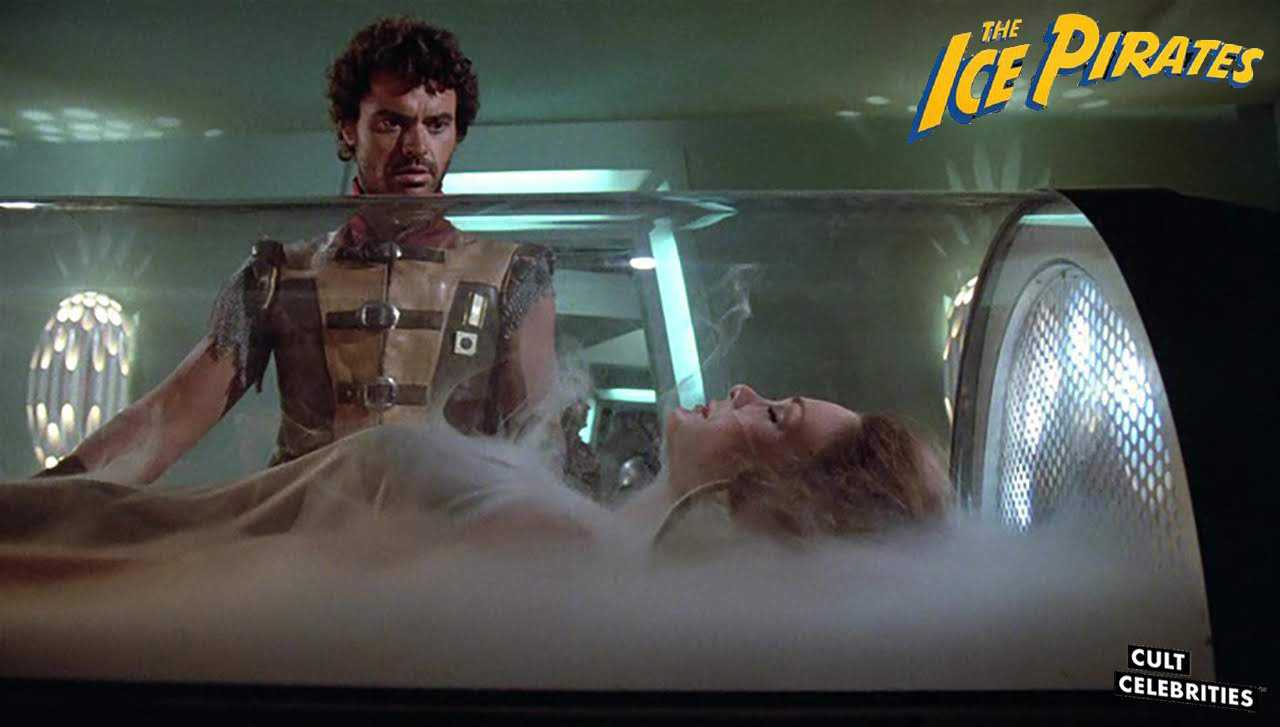 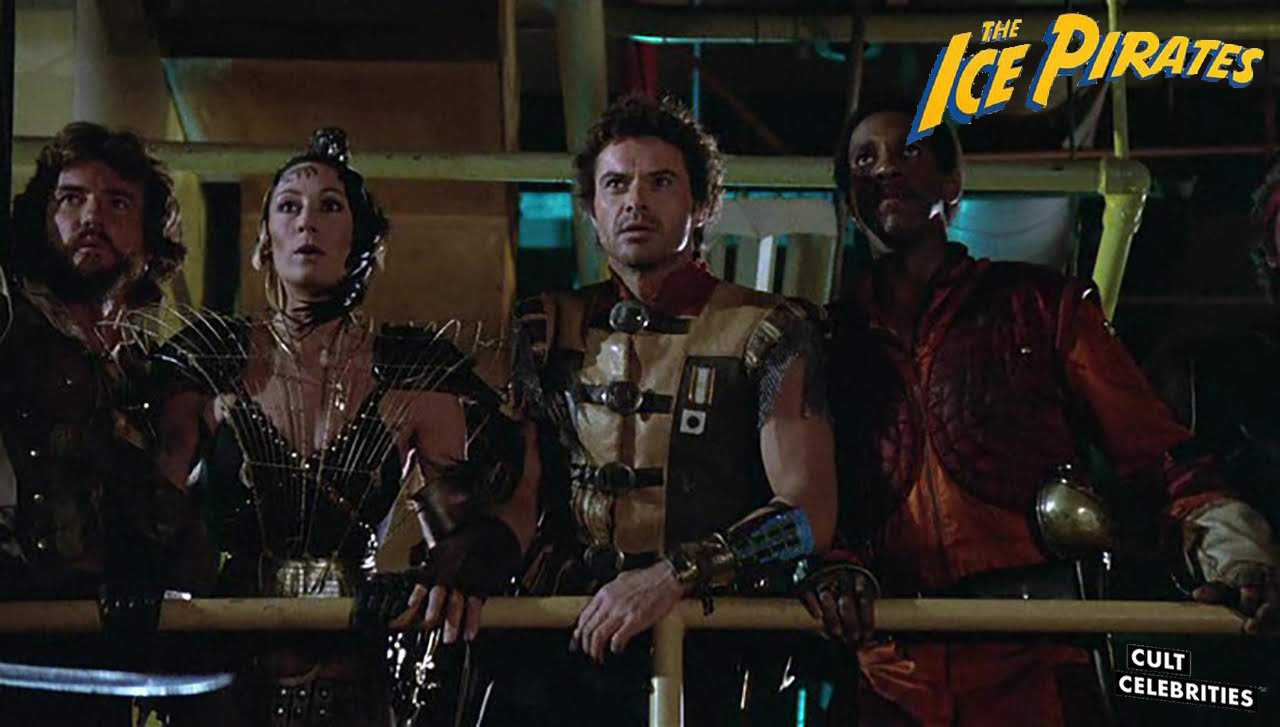 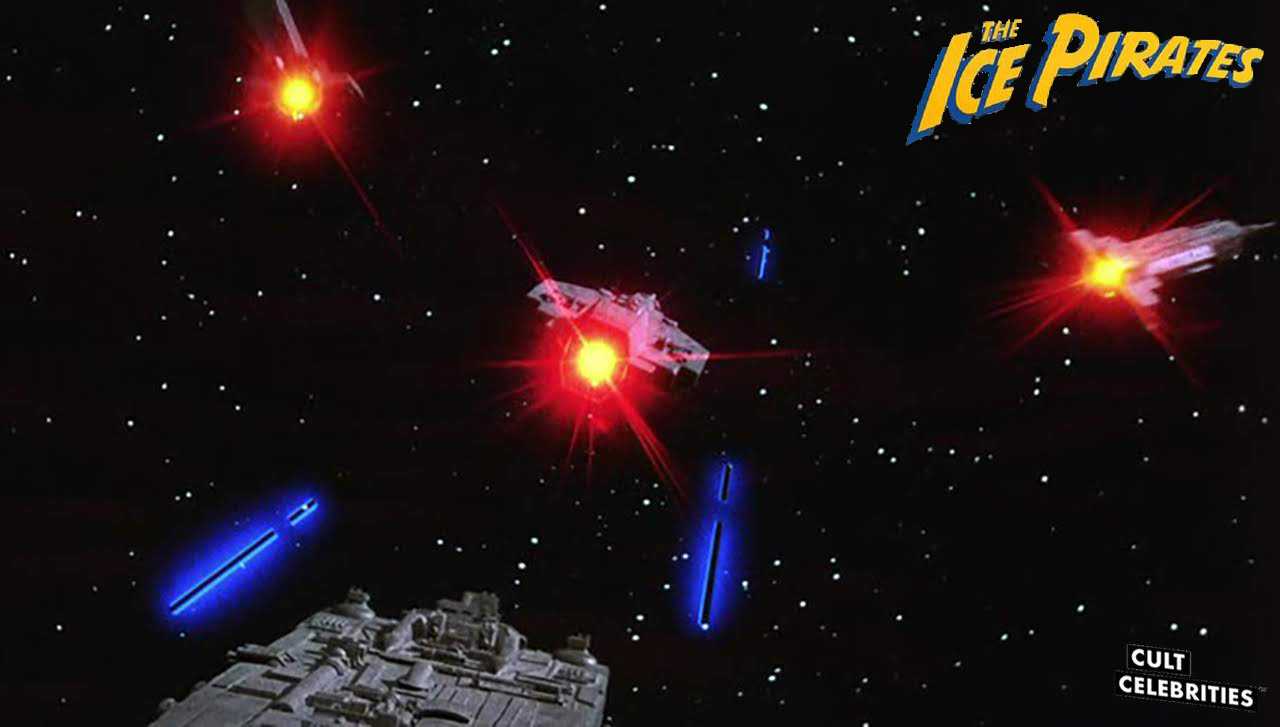 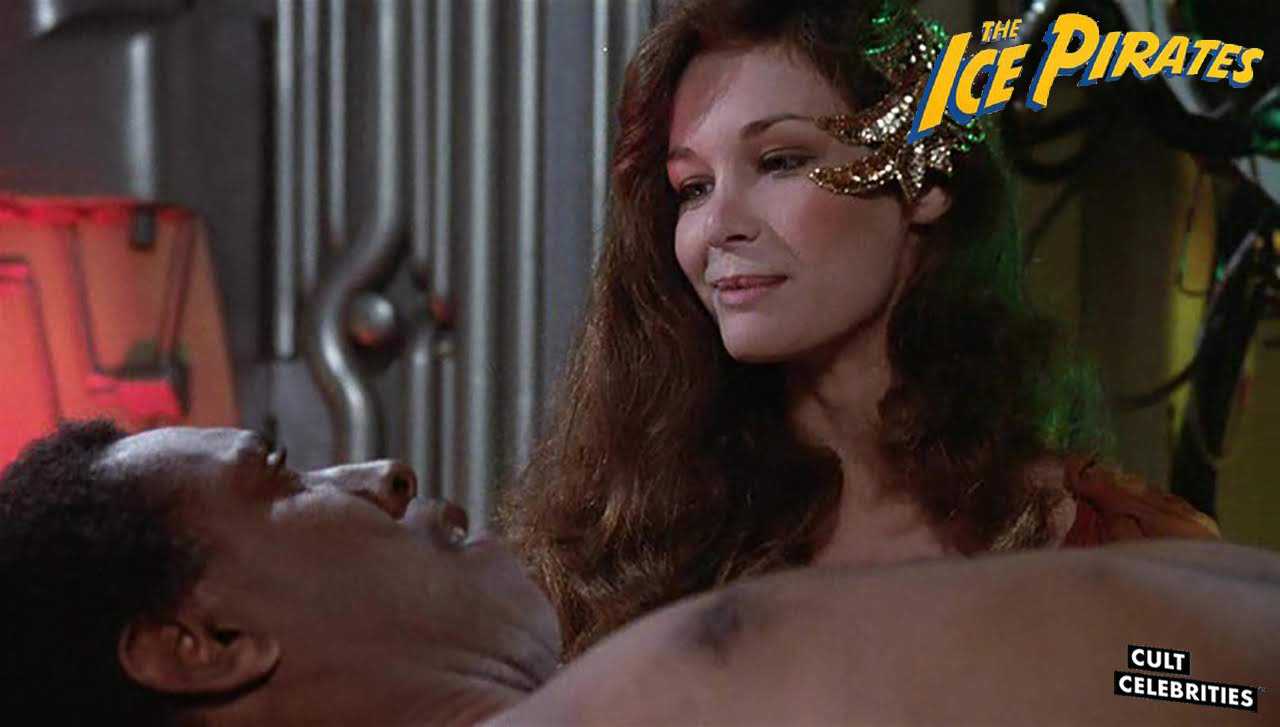 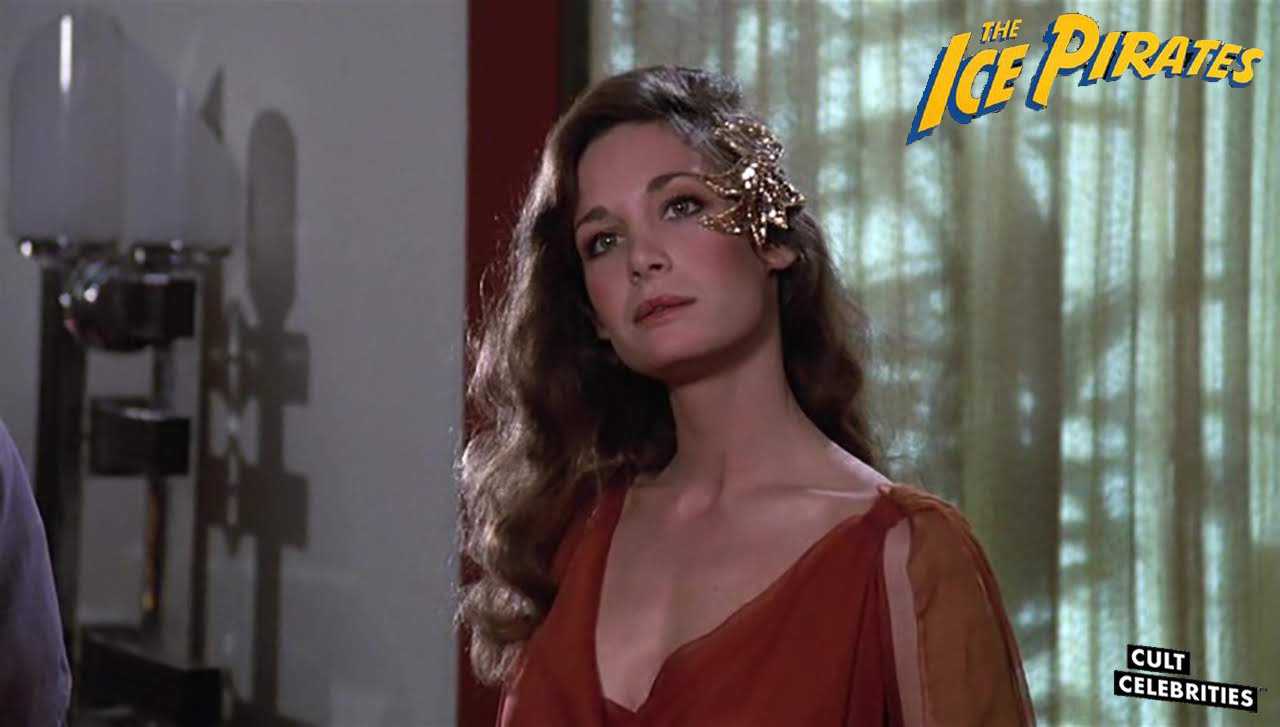 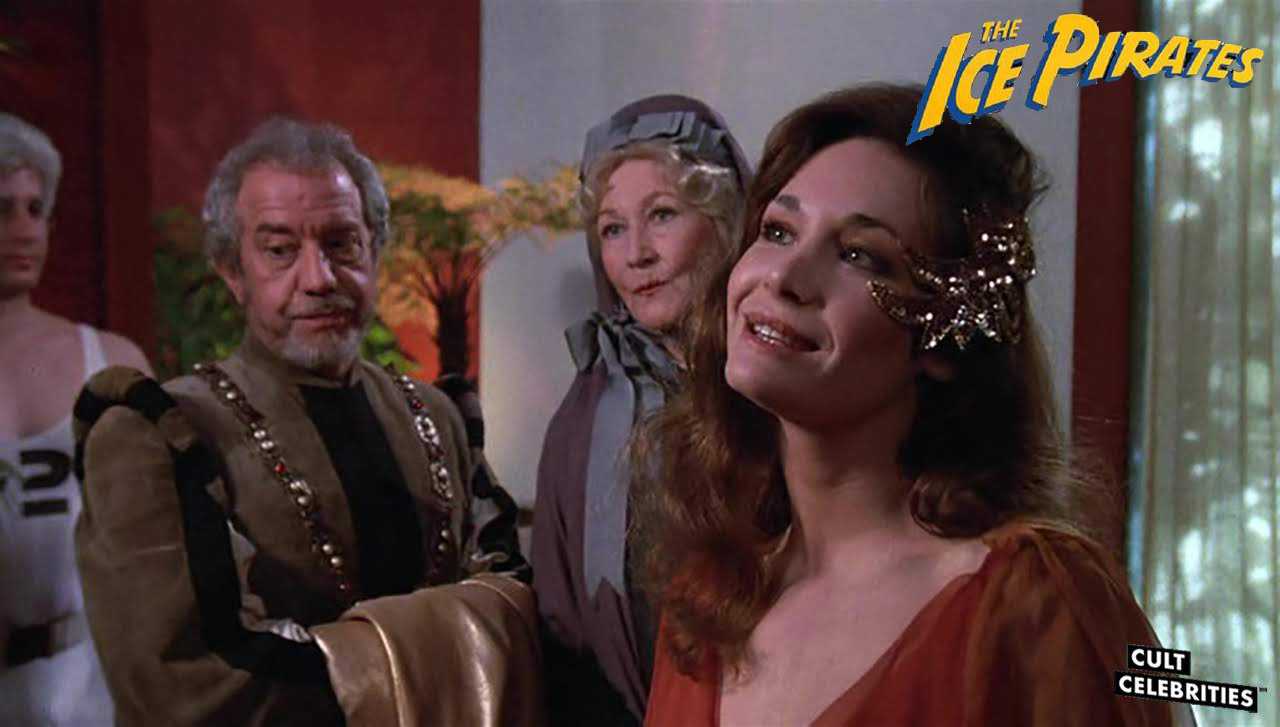