The 1987 film Surf Nazis Must Die is a classic B-movie from director Peter George and starring Gail Neely, Joel Hile, Robert Harden, Tom Shell and Barry Brenner. The movie is a campy horror film from Troma Entertainment about a woman whose son is murdered by Nazi punk surfers.

The film was considered a failure by most critics, even considering it’s tongue-in-cheek purpose, but it has since become a cult classic.

An earthquake strikes California, and the beaches are in ruins and run over by gangs of thugs. A neo-nazi gang, led by a kid named Adolf (played by Barry Brenner) calls himself the “führer of the new beach” and becomes a warlord in control of the beaches, feared by all other gangs. Some of his gang members include Eva (played by Dawn Wildsmith) and Mengele (played by Michael Sonye).

A black oil well worker, Leroy (played by Robert Harden) is killed by the surf Nazis.

His mother, Mama Washington (played by Gail Neely) learns of her son’s death and goes into a fury. She is living in a retirement home, but she leaves, gets a handgun, a motorcycle, and grenades, and heads to the beach to attack the gang of neo-Nazis. 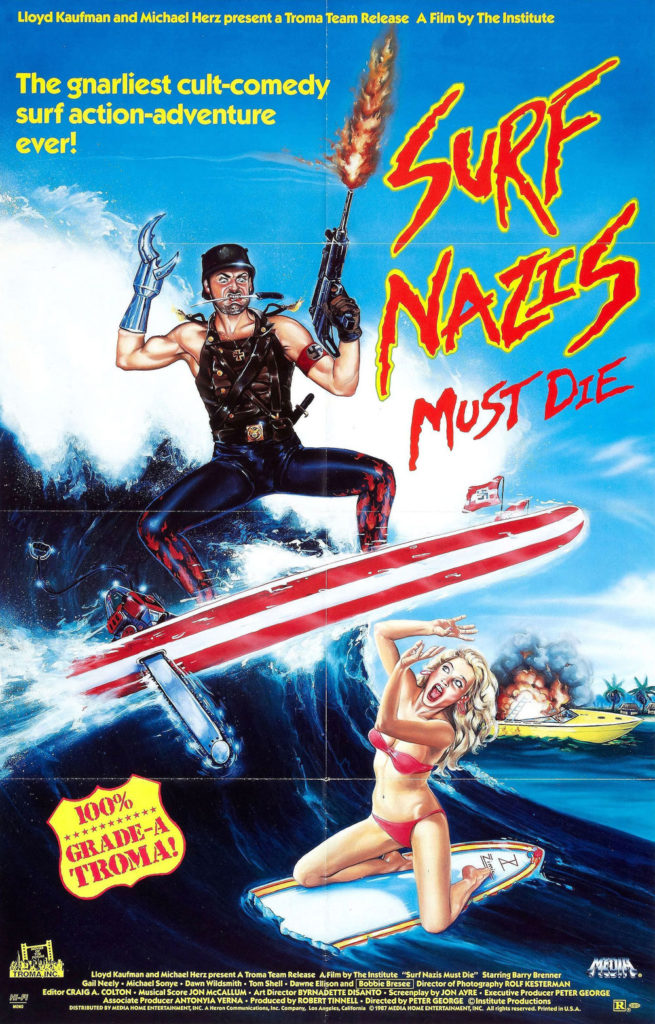