Night of the Demons is one of my favorite horror movies from the 1980s. A film that is pure, uncut, campy goodness. Unapologetically.

This film that will transport you to another place and time.

Away from the suffocating mediocrity of this vanilla world we find ourselves in…to a simpler time…a happier time. A candy store of campy delights. A time I call the 1980s.

No one knew who the president…and we didn’t want to know who he was.

You’ll feel like you’re at Camp Crystal Lake…sitting around a camp fire making smores…sporting your favorite Def Leopard concert t-shirt (you know the one that’s torn in all the right places).

Make sure your seats are in their upright position and enjoy your cinema going experience.

And for pete’s sake take a beat to drink in the vivacious, effervescent, one of a kind unique beautiful snowflake that is Linnea Quigley.

Night of the Demons is about a séance…a storytelling technique with a robust history. The tale follows the exploits a gaggle of simple, care free teenagers. Uncomplicated by the pesky existential search for meaning.

Simple folks. Looking for sex. And hell bent on dabbling in the dark arts.

The story unfolds one dark and hallowed eve. The crisp night air filled with frost and a palpable sense dread. Our ragtag cast of characters venture off to plum the depths of an underground tunnel system. They thought performing a séance was just going to be a lark…They didn’t know they were nestled snuggly over a hell-mouth.

Turns out performing a séance perched on the mouth of hell has it’s pitfalls.

Watch as they have to dodge one supernatural threat after another to avoid being sucked into the Bible’s black abyss. 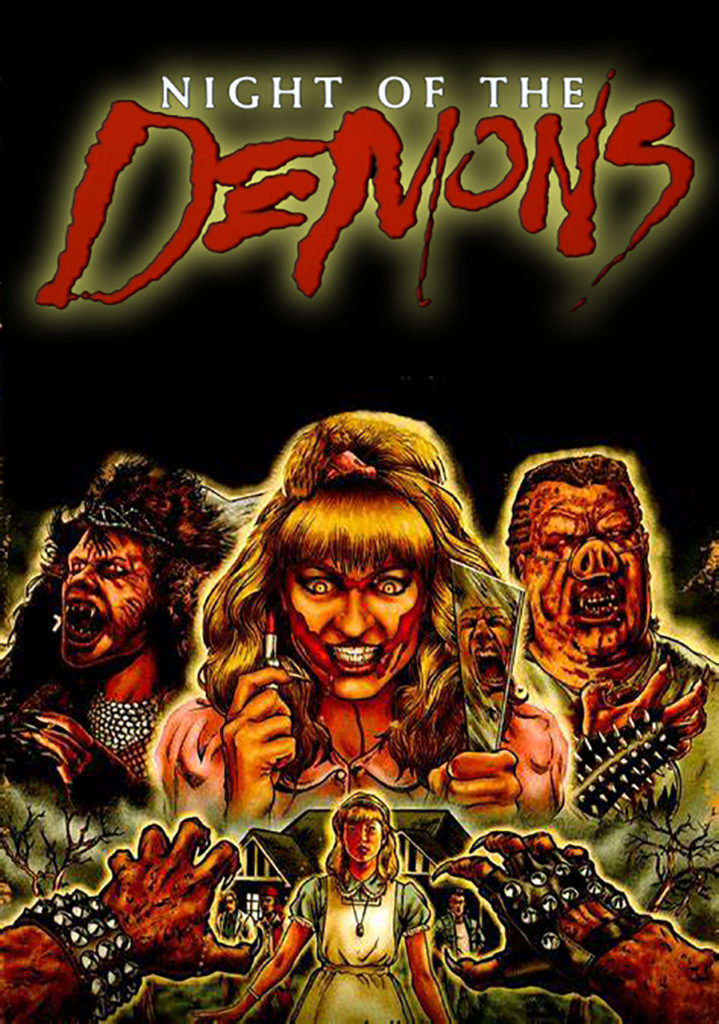