The story of Attila flagello di Dio centers around a rag tag band of medieval warriors defending their home.The movie is historical fiction based around the tale of Attila (Diego Abatantuono) gathering a select group of supplicants to fight off invading hoards intent on subsuming Milano. The film also stars Iris Peynado (playing the character of Columbia) and Anna Kanakis (in the role of Sirena Ammaliatrice). 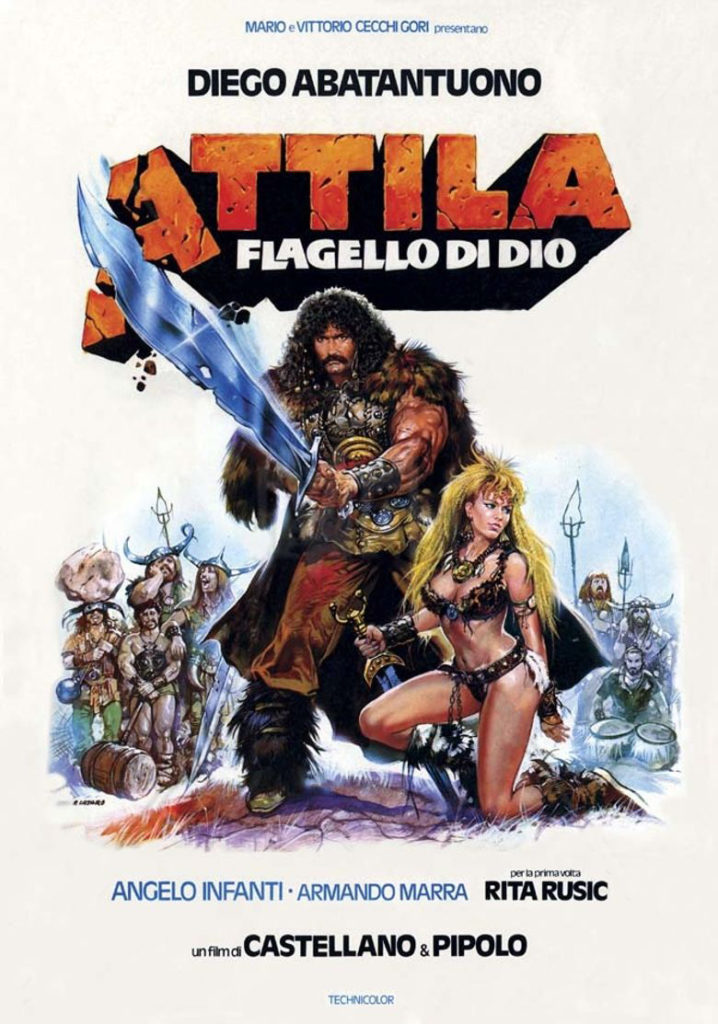