The Toxic Avenger is a Troma Entertainment classic b-movie that was released in 1984. This campy cult classic is the unholy marriage between the horror and superhero genres. A film that marries bloody gore with a shameless black sense of humor that’s unapologetically juvenile. The Toxic Avenger was directed by Lloyd Kaufman and stars Cindy Manion, Robert Prichard, Jennifer Babtist and Mitch Cohen.

Melvin Ferd is a runt, a skinny guy who works as a janitor at a gym in Tromaville, NJ. Everyone at the gym harasses him, doing terrible things until one day their bullying makes him fall into a drum of toxic waste. He catches on fire, but after he puts out the flames he is now a superhuman.

When a group of druggies are giving a cop problems, trying to bribe him, Melvin, the Toxic Avenger, appears and chases them off.  Although his mother refuses to let him back in the house, he is now a hero.

Feeling threatened, the corrupt Mayor of the town attempt to get the mob to kill him. He continues to fight crime and stop rapes, robberies, and even people harassing a blind woman. At one point he kills an old woman in a laundromat, but she is actually a slave trader. The National Guard is called in and he flees the place where he has been living in a junkyard, but the people of Tromaville stop the military from killing him. He ends up ripping out the guts from Mayor Belgoody and continuing on his path of saving people from crime. 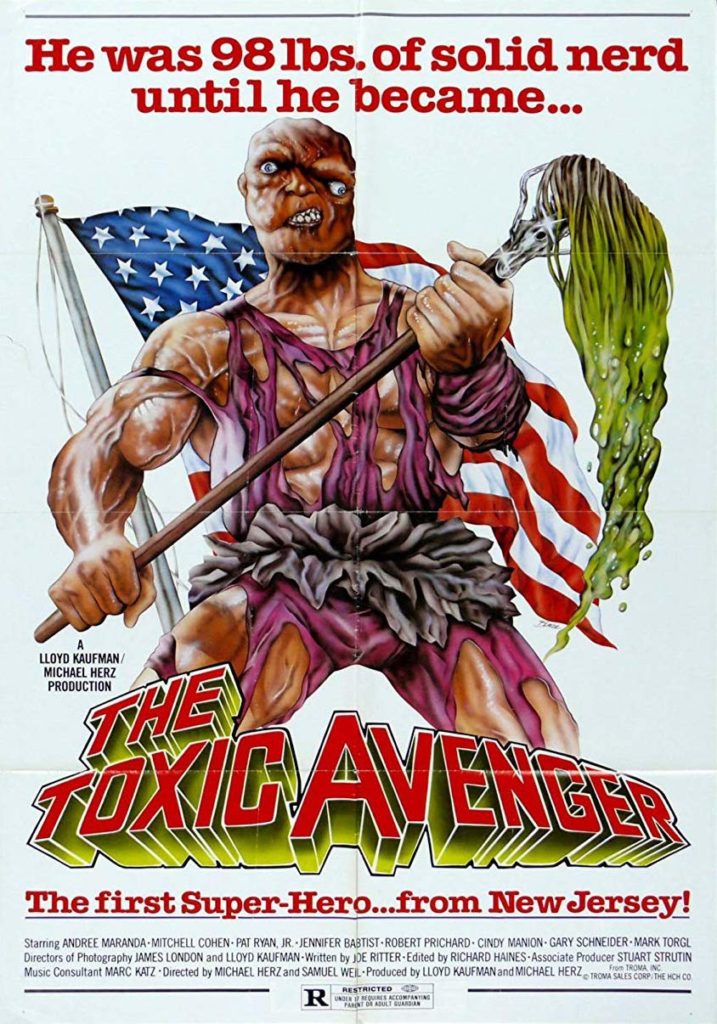