Thunder Run is a 1986 action movie directed by Gary Hudson and released by the Cannon Group Forrest Tucker, John Ireland and Jill Whitlow. The film saw heavy rotation on television throughout the 80s and 90s, and developed a cult following.

An old trucker named Charlie Morrison (played by Forrest Tucker) is a retired Korean War vet. He spends his nights at the local dive bars and mines cobalt out in the desert with his grandson, Chris (played by John Shepherd).

An old friend named George (played by John Ireland) convinces him to come out of retirement by bidding $250,000 to drive government plutonium from Nevada to Arizona.

He outfits his rig with various defenses, and sets out with his grandson riding shotgun. On the way terrorists ambush him, driving motorcycles, dune buggies with rocket launchers, soldiers with machine guns, and at one point a train. 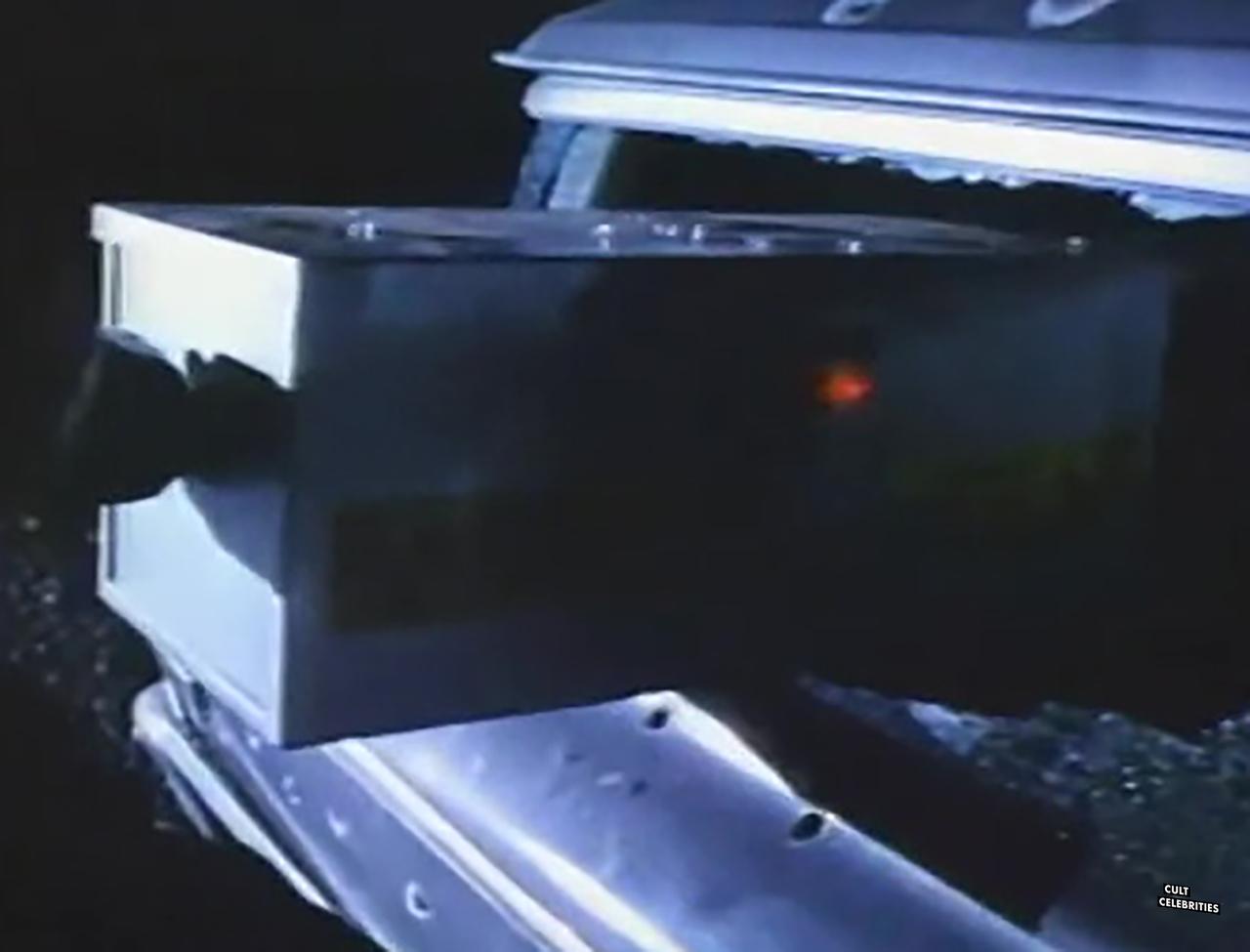 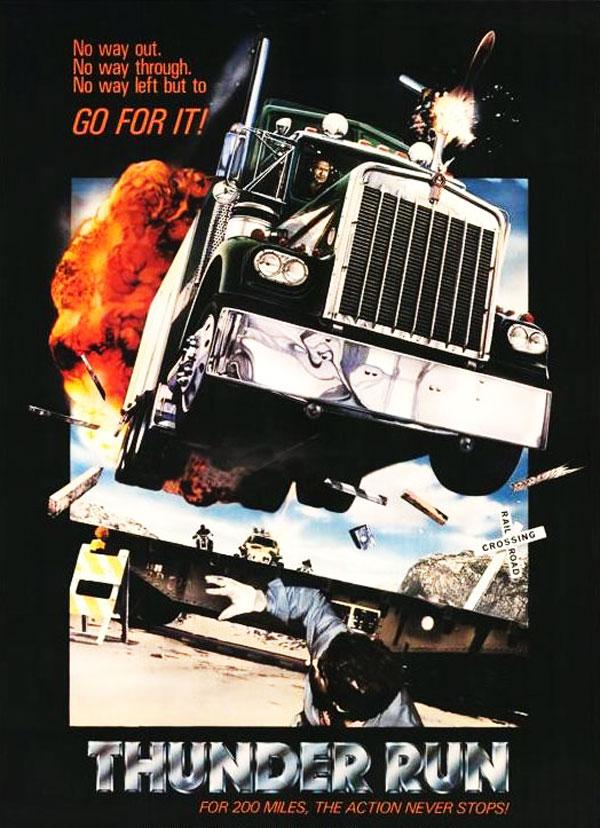