The 1988 film Waxwork is a horror film that has since become a cult classic. It was directed by Anthony Hickox.

A group of students from a small high school visit a wax museum, where they see typical characters from the horror movie genre like werewolves, Dracula, Phantom of the Opera, mummies, and zombies.

They find themselves entering separate worlds inhabited by monsters. Tony (played by Dana Ashbrook) is at a cabin where he is attached by a werewolf (played by John Rhys-Davies). A hunter in the world arrives, but shoots Tony as he begins to transform himself.

China (played by Michelle Johnson) is in an ancient Gothic castle where she is attacked by vampires. Dracula (played by Miles O’Keeffe) transforms her into a vampire.

The other students leave the museum unharmed but go to detectives for help. One of the detectives realized that some of the waxworks look like missing people. He is trapped by a mummy inside a sarcophagus, however. The other detective is killed by a butler.

Mark (played by Zach Galligan) tells Sarah (played by Deborah Foreman) about his grandfather who was killed by his butler years ago. A photo of the butler looks much like the owner of the wax museum. They go to his grandfather’s old friend, Sir Wilfred, who tells them that he and his grandfather collected items from eighteen of 4111 the world’s most evil people. However, the butler stole the items and sold his soul to the devil. The butler is now trying to raise these people from the dead by feeding the wax figures the souls of innocent victims.

Mark and Sarah enter the museum and attempt to burn it with gasoline, but Sarah enters the Marquis de Sade display, while Mark enters the zombie display. However since he does not believe zombies exist, they disappear, so he rescues Sarah from the other display.

Gemma (played by Clare Carey) and James (played by Eric Brown) return and are turned into zombies. In a huge end battle, Mark and Sarah fight the waxworks figures and Sarah ends up killing the Marquis de Sade with an axe.

The butler, Lincoln, finally confronts them but Sir Wilfred shoots him, and he falls into a massive tub of hot wax. A werewolf kills Sir Wilfred, but the two kids escape as the museum burns to the ground.

However, a single hand from the zombie display escapes as well, and wriggles away from the fire. 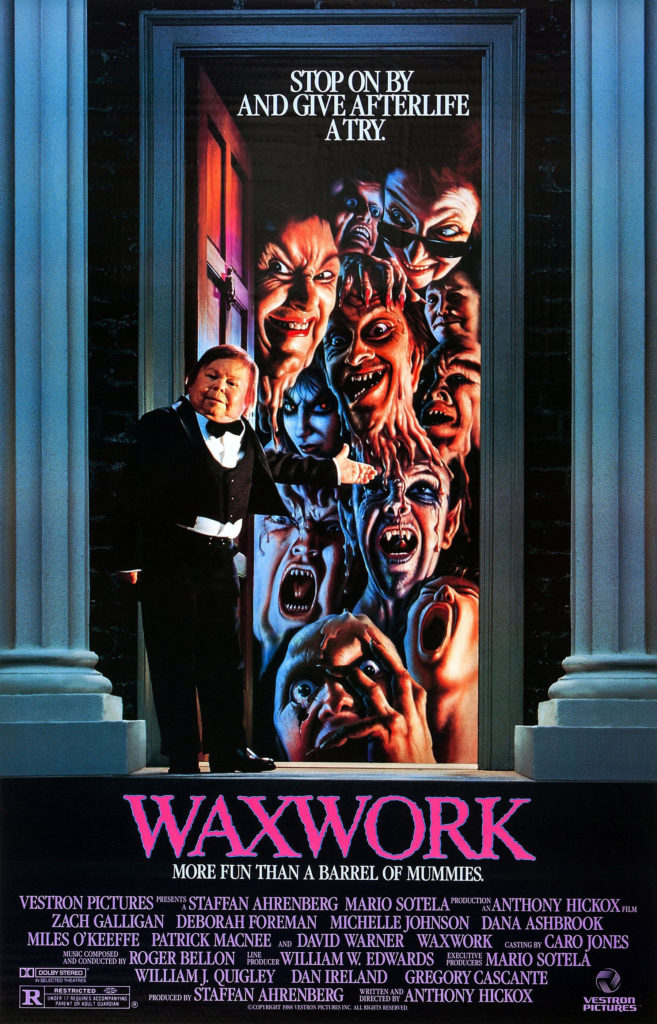