The 1980 film Nightkill is a horror thriller filmed in West Germany. It stars Jaclyn Smith, Robert Mitchum, and Sybil Danning.

Involved with Atwell’s assistant, Steve (played by James Franciscus), Katherine knows that her husband has stashed millions in cash in a locker at the airport. Steve poisons Atwell and boards a flight impersonating him to create paperwork that he was still alive.

Katherine is shocked but they decide to hide the body in a freezer. A detective named Donner (played by Robert Mitchum) starts looking for Atwell, saying he never appeared for a business meeting. Katherine tries to move the body, but when she opens the freezer she finds Steve’s body.

Katherine decides to take a shower when Donner gets a long phone call, but it turns out that he was faking the call and he shuts off the water and locks the door. He turns the steam on and she falls unconscious. Donner takes the cash and leaves. 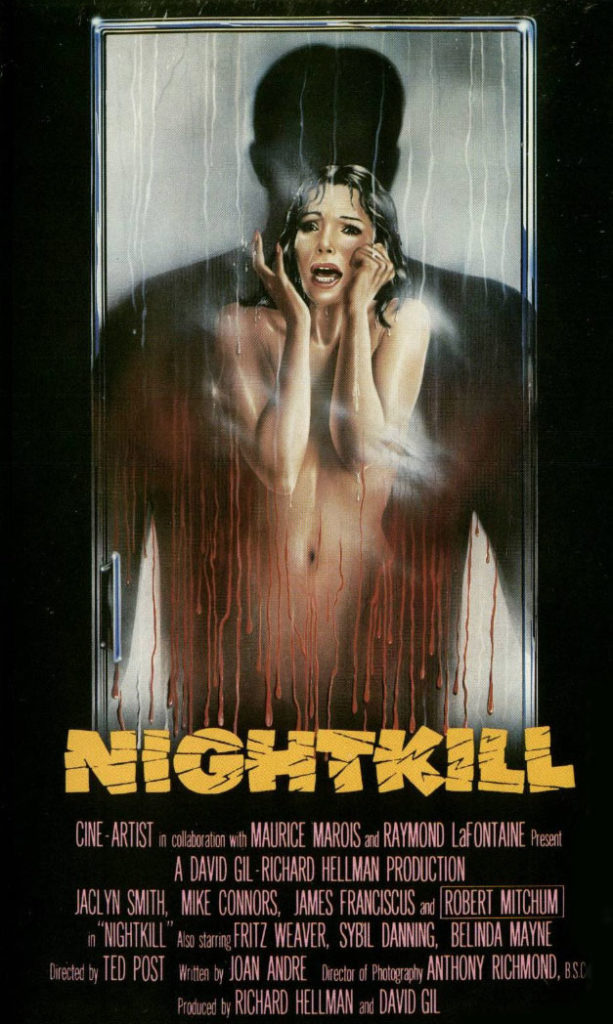