The 1984 film The Blade Master, also known as Ator 2 – L’invincibile Orion in Italian, is a sword-and-sorcery film that has since become a cult classic. Part of the massive 80s “sword and sandals” trend in Italy, the film stars Miles O’Keeffe as Ator, a birthmarked hero prophesied to save the world.

The film starts with a wizard Akronos (played by Charles Borromel) discovering something called the Geometric Nucleus, a super weapon.

When the evil lord Zor approached his castle with the intent to steal the Nucleus, Akronos goes to his daughter Mila (played by Lisa Foster) and asks her to find Ator. She goes off to find him, but is chased by Zor’s thugs and barely escapes with her life. She finds Ator (played once again by Miles O’Keeffe) who heals her.

Ator and his sidekick, an Asian named Thong (played by Chen Wong) go with Mila back to the castle. Ator builds a hang glider and drops primitive bombs on Zor’s army. He then lands and fights Zor hand-to-hand, defeats him, and the evil lord is finished by Thong.

Akronos gives the Nucleus to Ator, and Ator bids farewell to Mila and says he must go fight evil. Thong stays behind to protect Mila, and Ator takes the Nucleus to a faraway realm where he blows up the weapon with a huge atomic blast. 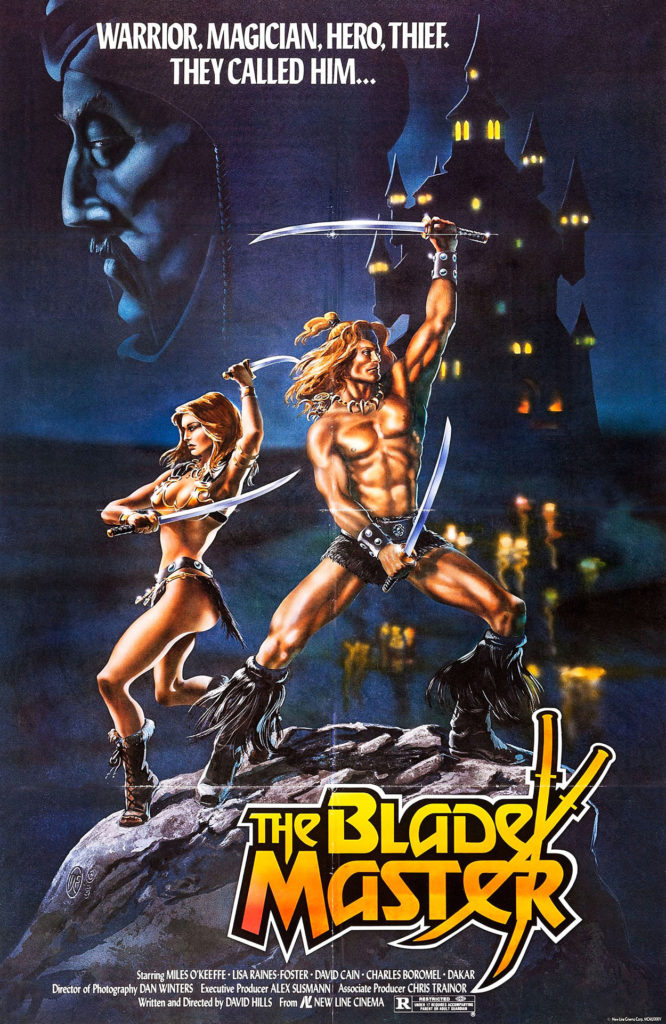