The 2009 film Mega Shark vs. Giant Octopus is a sharksploitation B-movie created by The Asylum. The movie stars Debbie Gibson and Lorenzo Lamas.

A large iceberg splits from the ice in the Arctic, and a frozen megalodon (also known as a mega shark) and a giant prehistoric octopus begin to thaw out and come back to life.

When a military unit nearby uses a low-frequency sonar device, the ice splits open and the monsters begin prowling the Pacific Ocean. The shark begins going up and down the West Coast, causing havoc in California. The octopus starts wreaking havoc on the other side of the ocean in Japan.

Three marine biologists decide to trap both monsters using pheromones. The scientists, Dr. Seiji Shimada (played by Vic Chao), Emma MacNeil (played by Debbie Gibson) and Allan Baxter (played by Lorenzo Lamas) draw the beasts into a trap with pheromones. The monsters destroy a large part of San Francisco before ultimately being destroyed in a battle with a submarine. 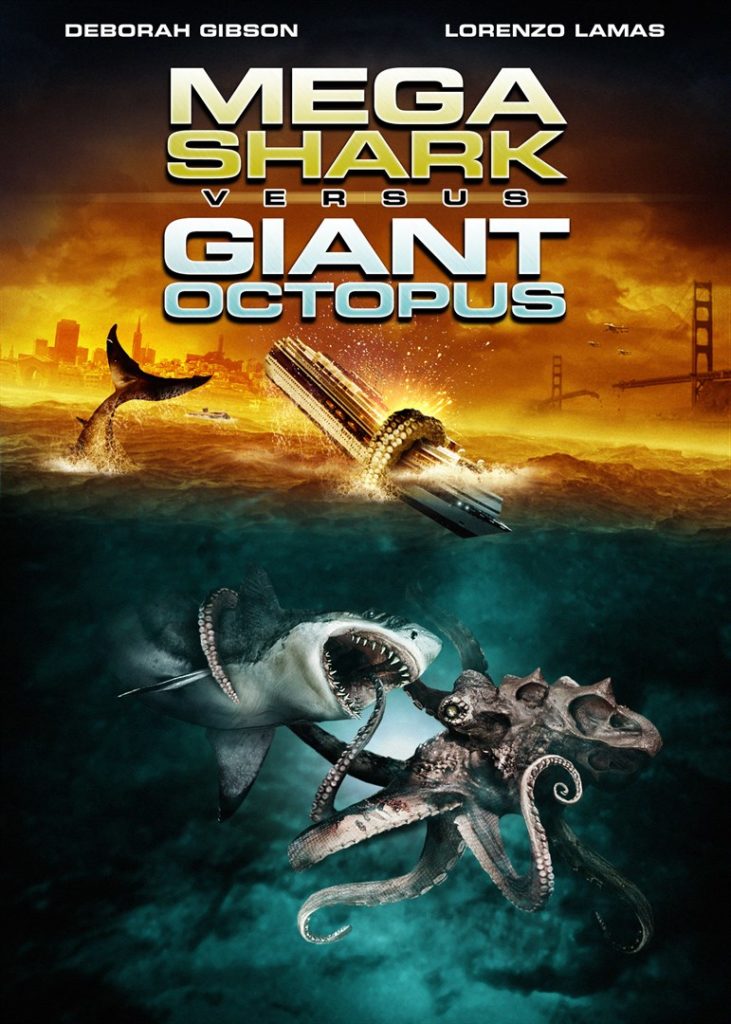