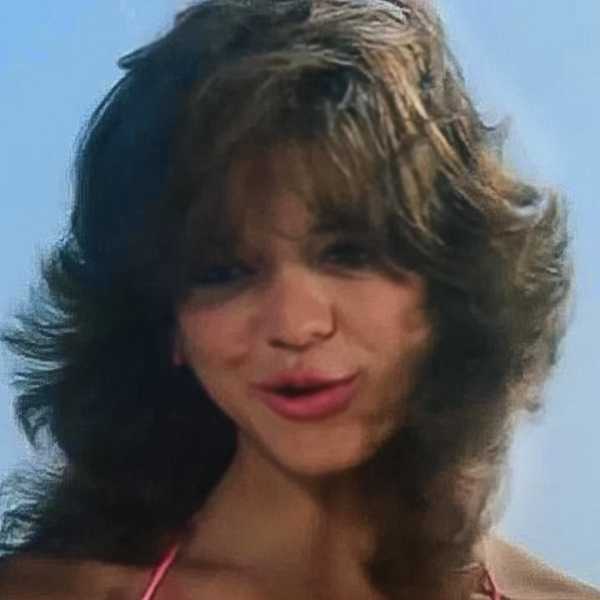 She is known for her appearances in Cyborg, Midnight Madness in 1980 (a film in which she co-starred alongside an up and coming Michael J. Fox, a quintessential star of the 1980’s).

Deborah began working as an actress in numerous television and film roles as a young teen, especially in genre movies.
Richter played the regular character Daryl Ann on Hill Street Blues for five years in the ’80’s
As well as the daytime soap opera All Is Forgiven.

1979     Ms. Richter was fortuitously cast in the comedy film Swap Meet where she acted opposite Jon Gries (better known for his iconic portrayal of Uncle Rico in the Napoleon Dynamite universe).

1984     Ms. Richter gets a big break as Heidi in Hot Moves with Jill Schoelen and Monique Gabrielle. 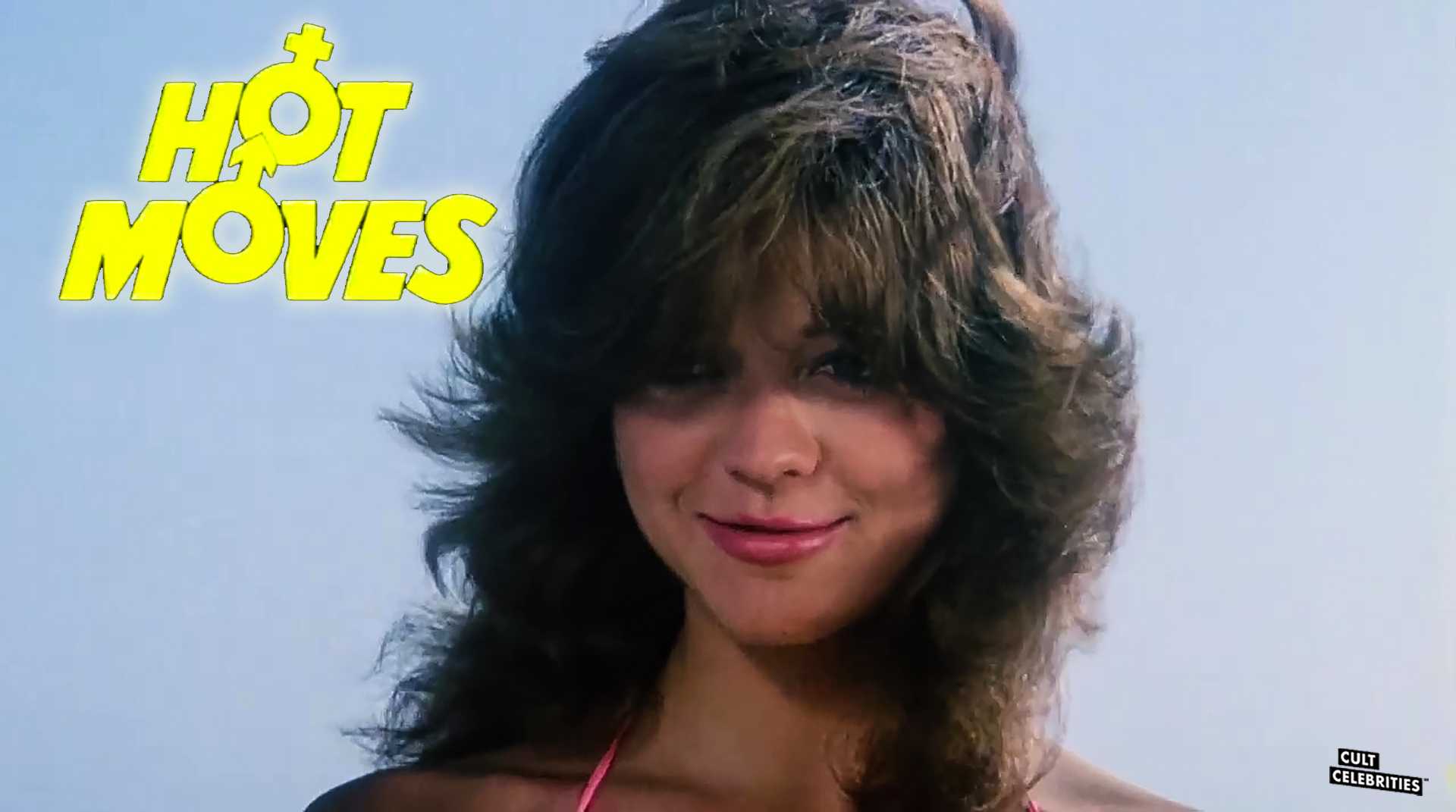 Hot Moves is a teenage, coming of age story.
We’ve seen it all before. A thousand times I say.

The story begins when our buxom heroes are rescued from the 7th circle of hell (the “loving embrace” of their two parent homes) and dropped onto the sandy shores of southern California. Grappling with a harsh new reality their harrowing journey only deepens

Another banner year: Richter stars with Jean-Claude Van Damme in a little ole movie called Cyborg
Uh? Ever heard of it?

Cannon Films produced Cyborg so you might, say it’s in the canon of Cannon films. “Thank you.”
Starring with martial arts expert and global mega star Jean-Claude certainly was a real honor for Miss Richter.

I know because he always told her. Every day.

Made a real point about it too.

Made the cast and crew gather around and listen.
Always walking off muttering about “my diet Cherry Coke…” 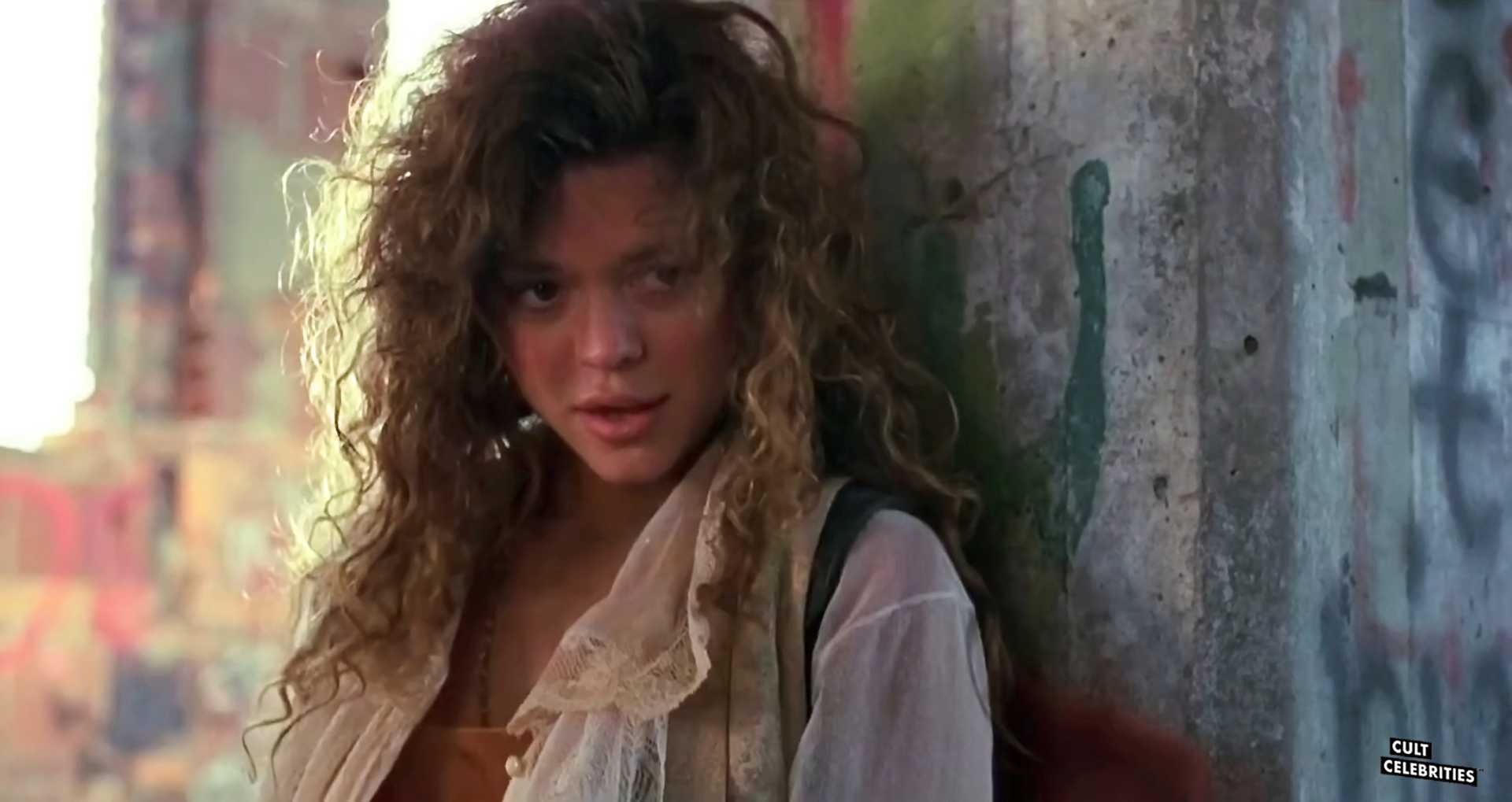 Deborah Richter starred in numerous other popular movies throughout the ’80’s and ’90’s and continues to act to this very day. 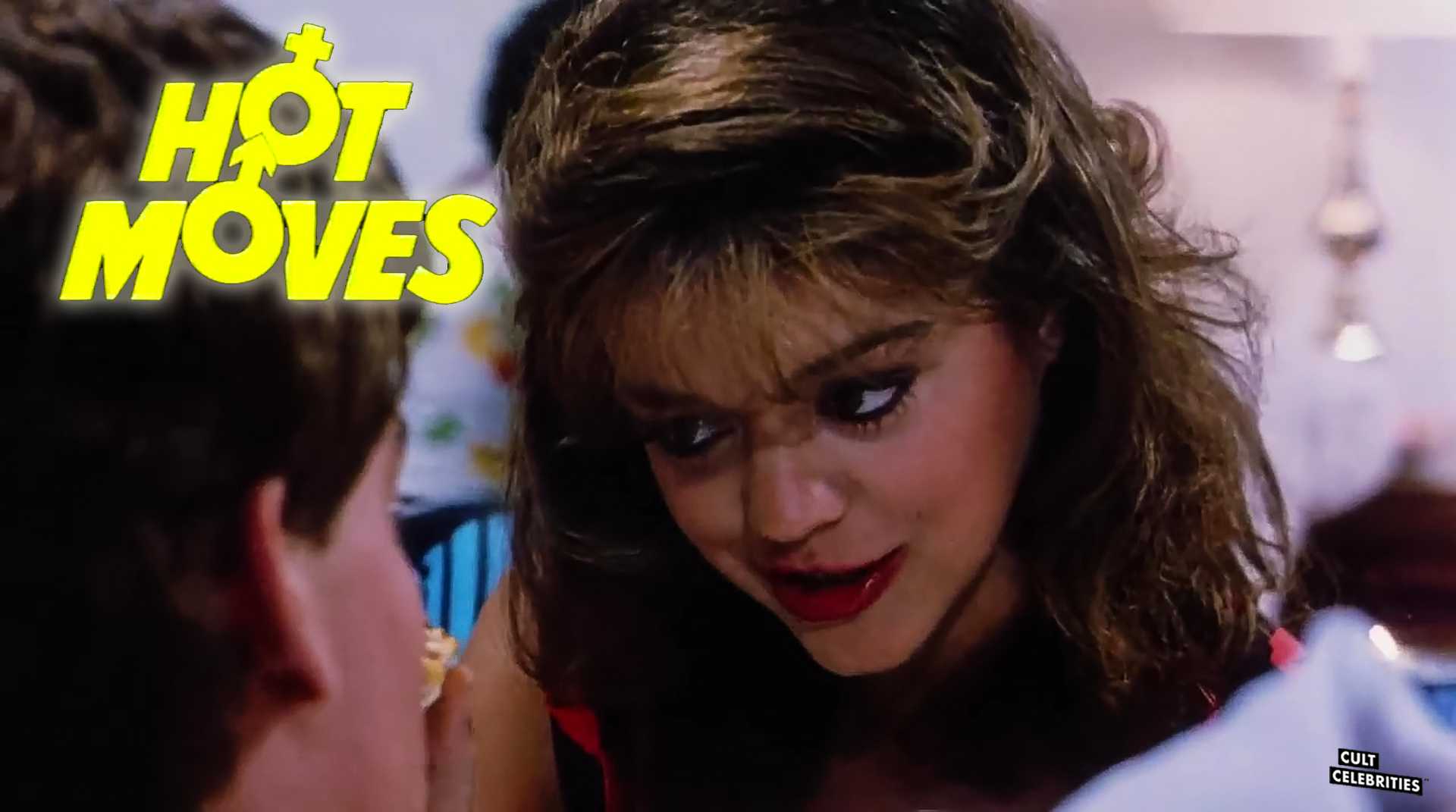 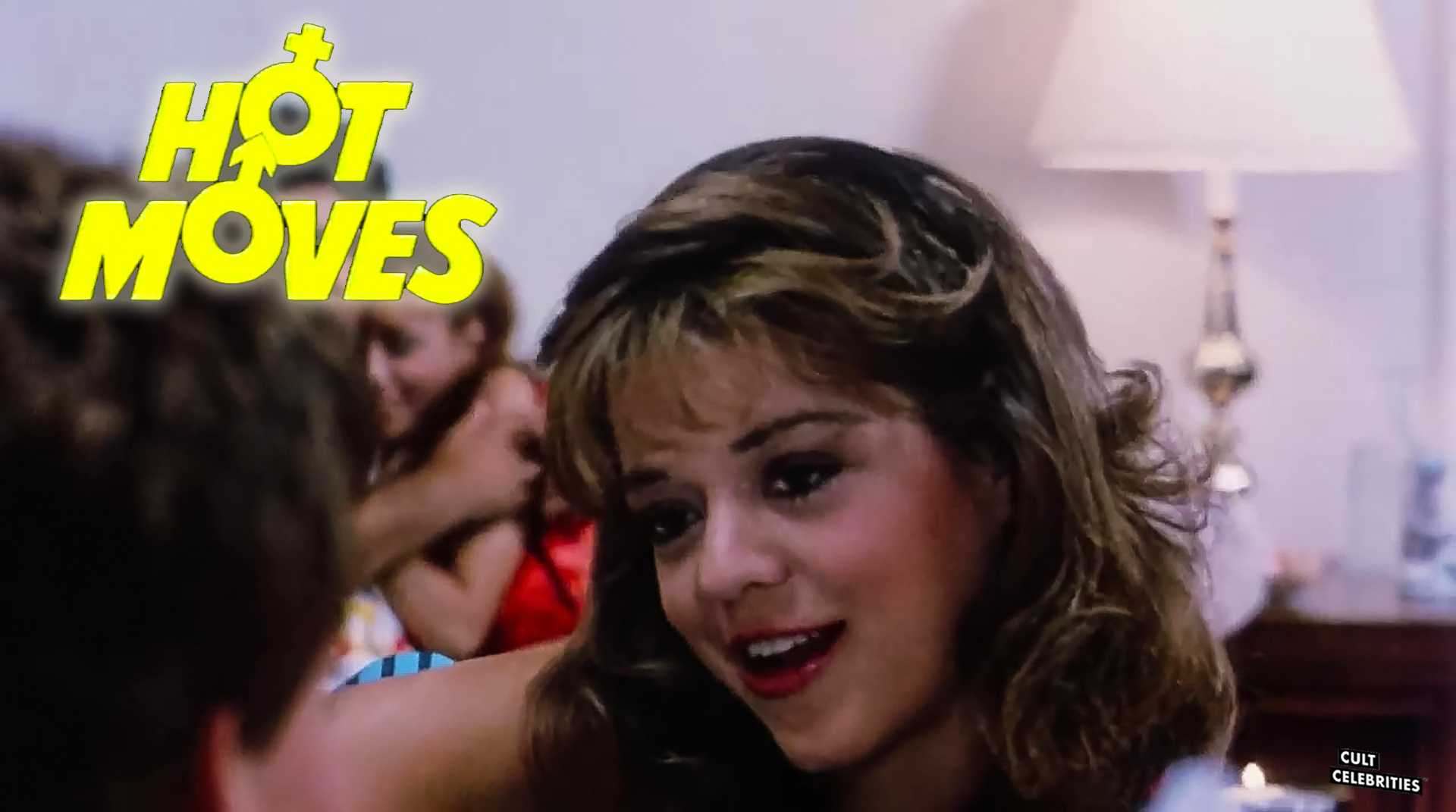 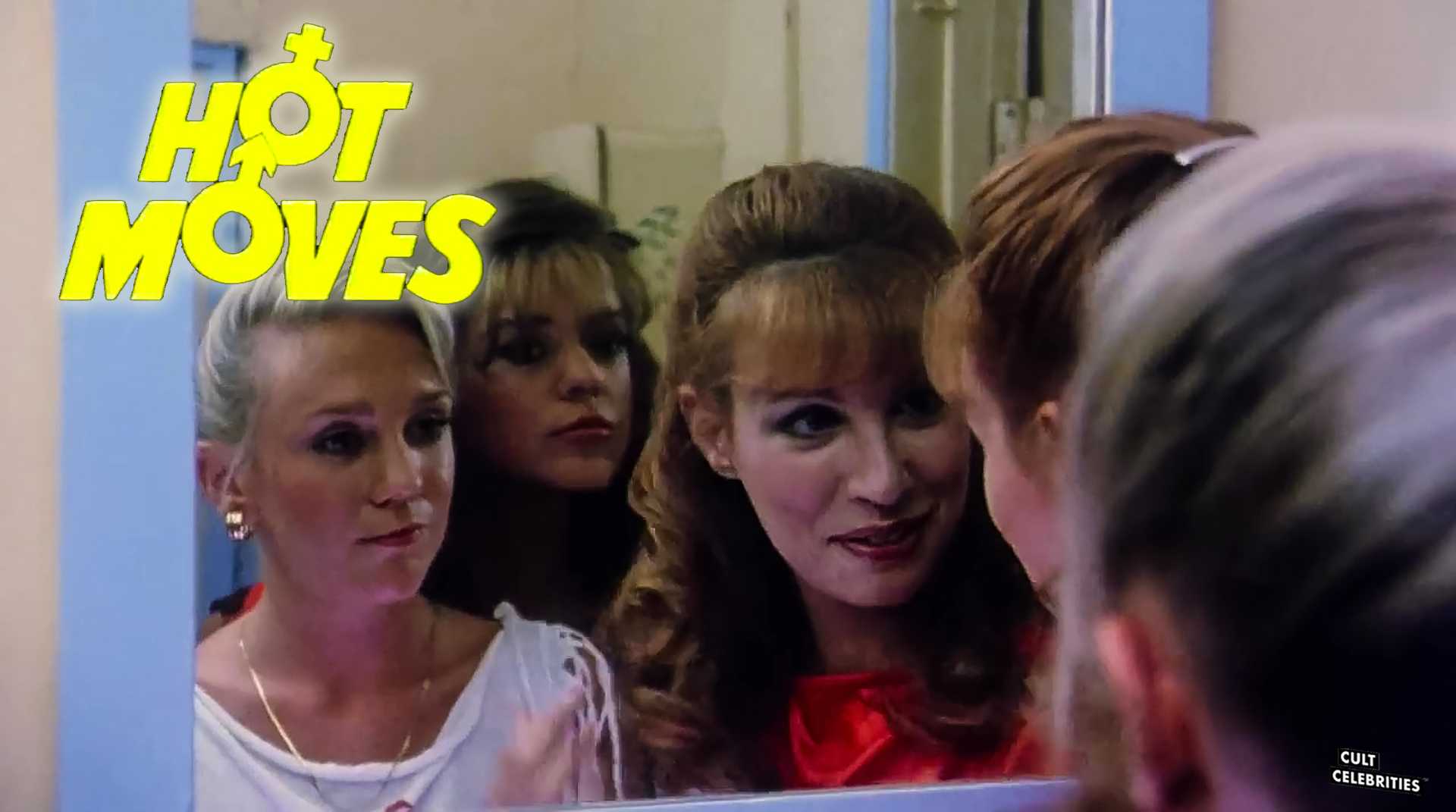 Monique Gabrielle and Deborah Richter in the 1984 film Hot Moves 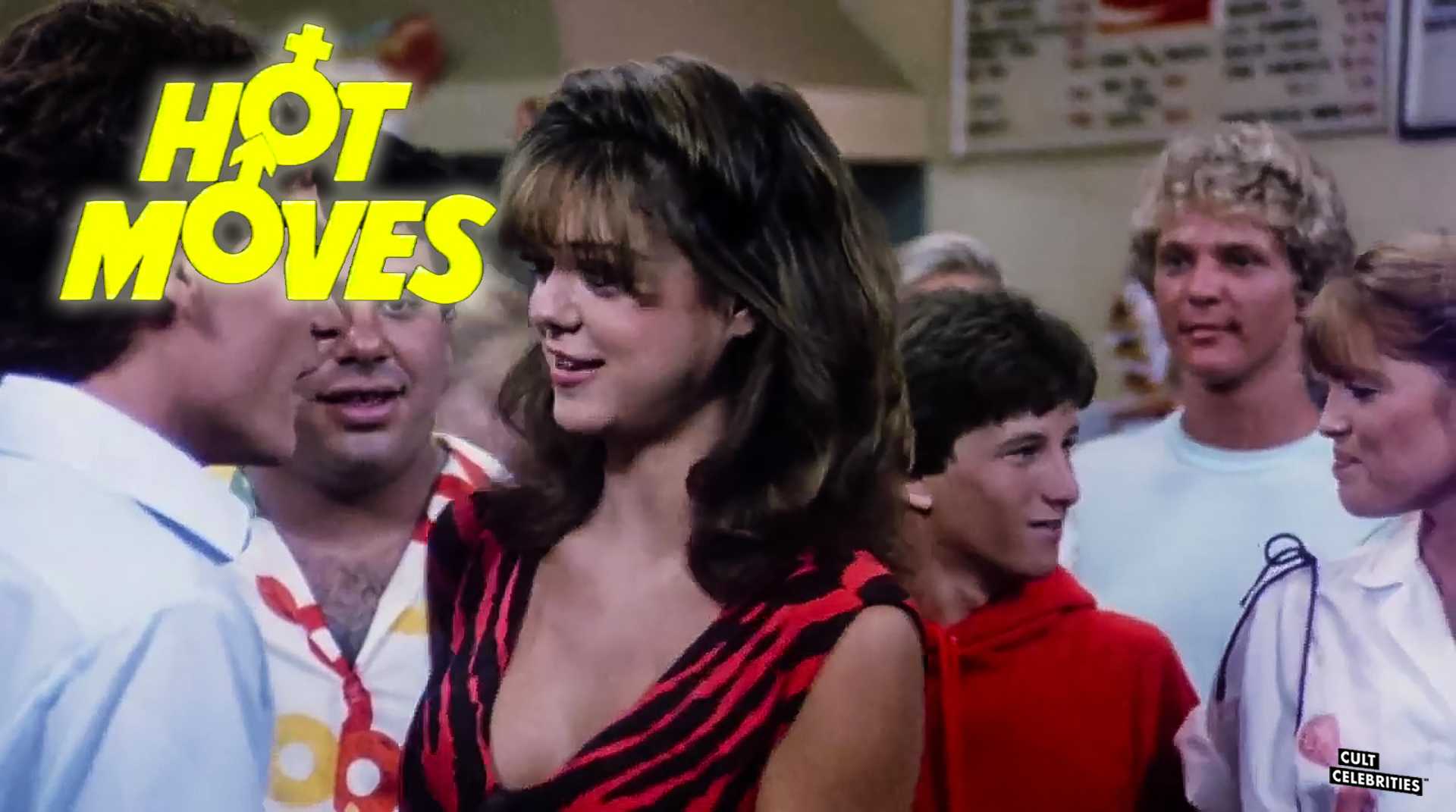 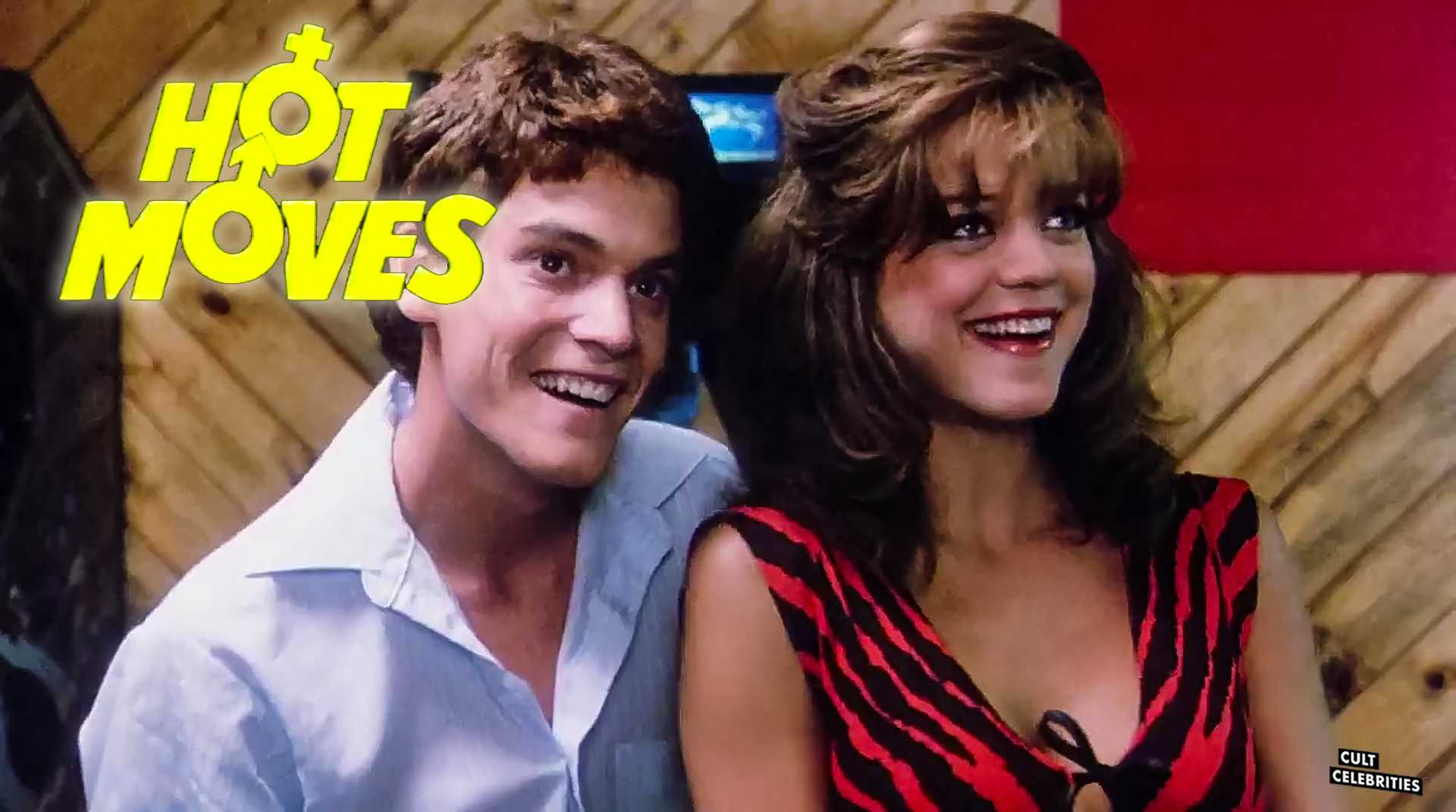 Deborah Richter as Heidi in the 1984 teen movie Hot Moves 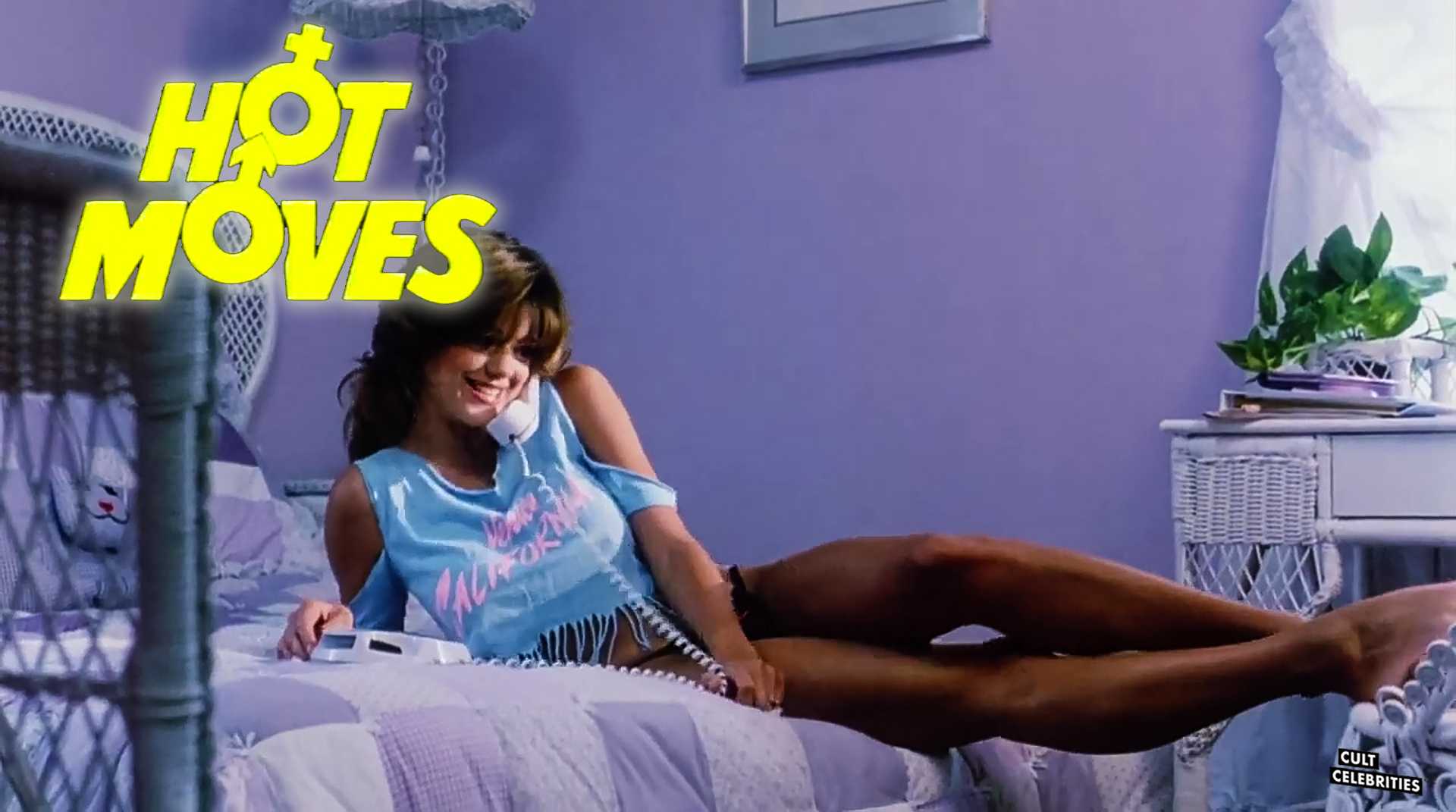 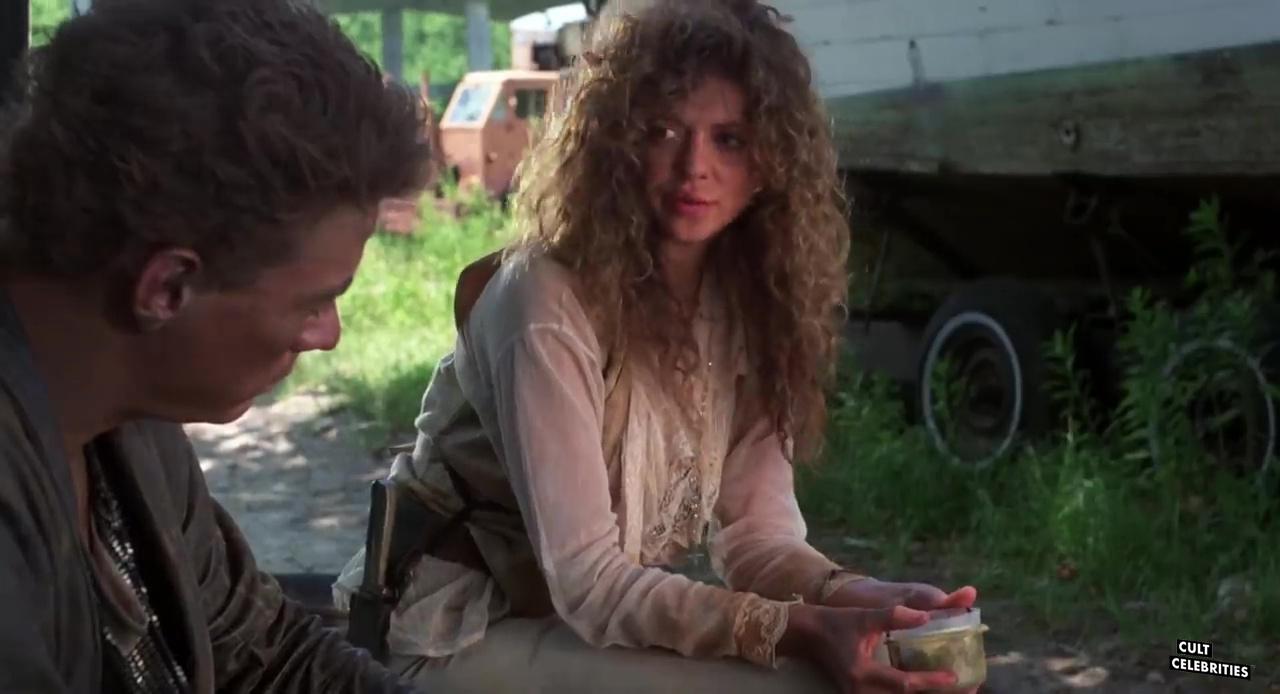 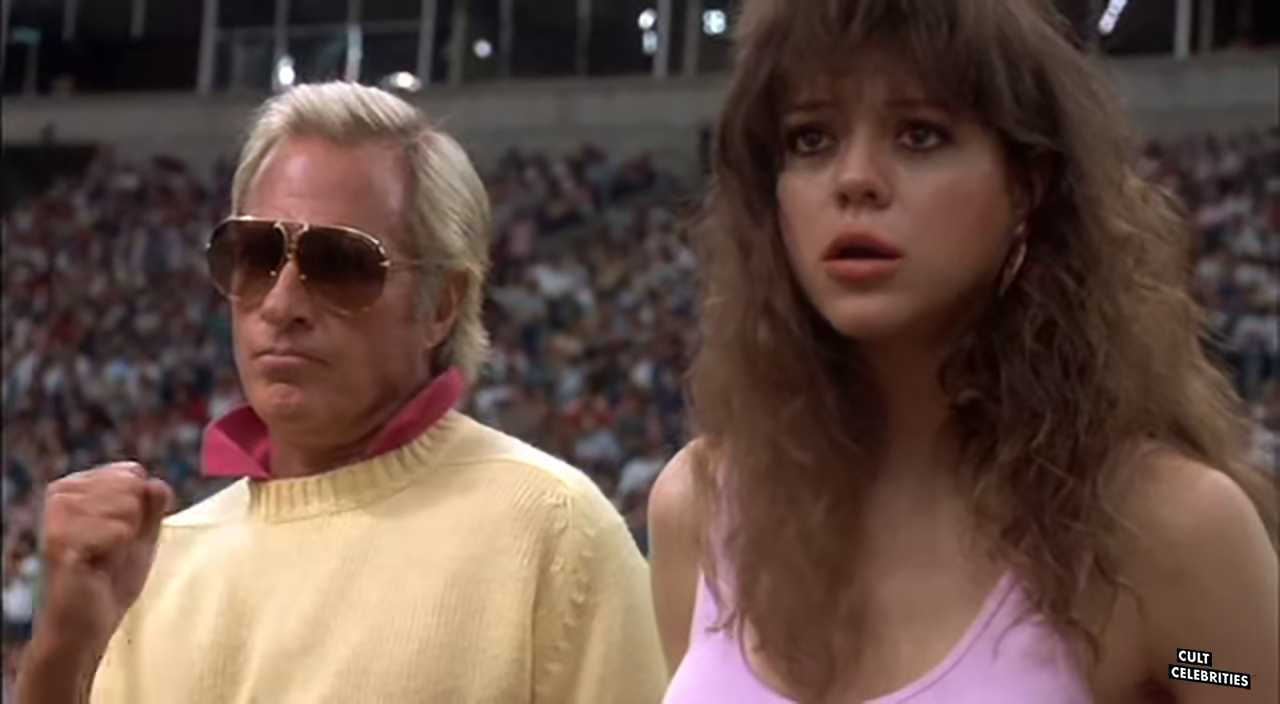 Deborah Richter in Winners Take All (1987) 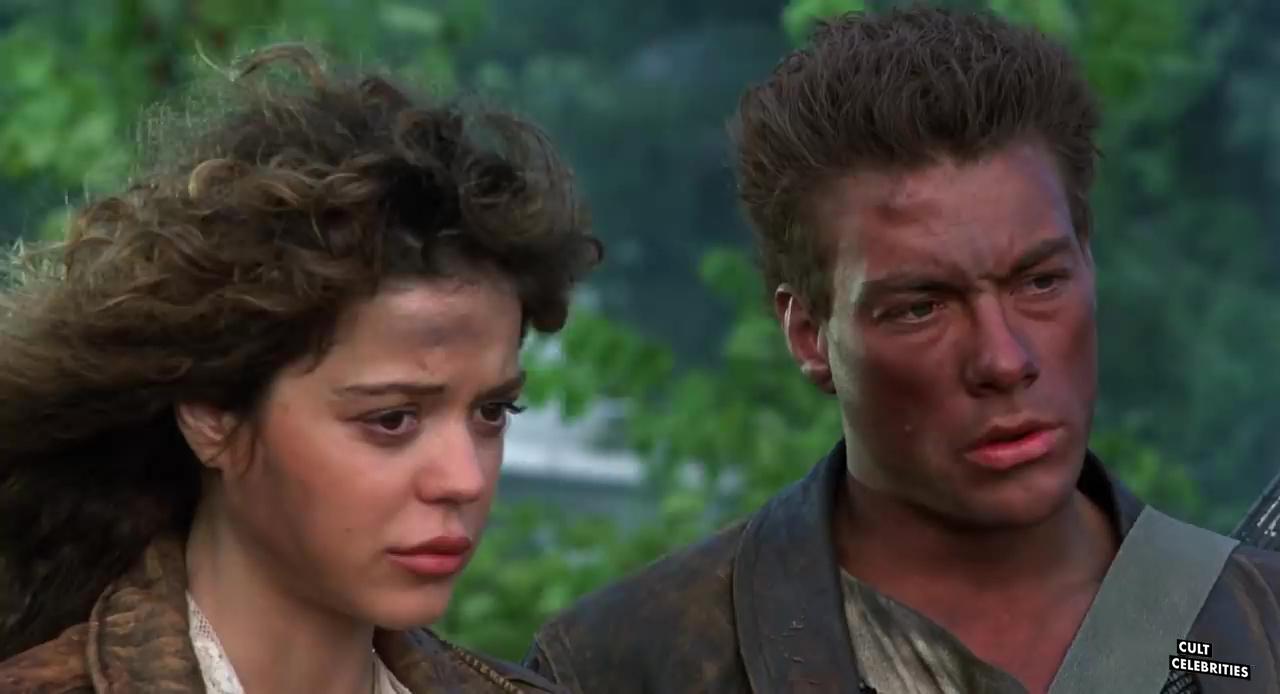