The 1984 film Silent Night, Deadly Night is a horror film that has since garnered success as a genre cult classic.

Set in 1971, a five year old boy named Billy goes to a nursing home, where his grandfather is in a coma. Suddenly when his family isn’t looking, the grandfather wakes from his coma and tells Billy that Santa Claus punishes naughty children.

On the way home, a criminal in a Santa costume robs and kills his family.

Three years later, Billy and his brother are in an orphanage run by a strict nun named Mother Superior (played by Lilyan Chauvin). It is Christmas, and in terror Billy punches a  visiting Santa Claus.

Ten years later, Billy is an adult (played by Robert Brian Wilson) and he leaves the orphanage in order to get a job. He gets a job stocking shelves at a toy store and gets a crush on another girl who works there, Pamela (played by Toni Nero). He is made to take the place of the store Santa Claus, wearing a costume.

At the store’s Christmas Eve party, he is still dressed in the suit and has flashbacks of his parent’s murders. He finds another coworker, Andy (played by Randy Stumpf), in the back room attempting to assault Pamela, so he flips out and hangs him with Christmas lights and kills Pamela.

Things go swiftly out of control and the carnage increases, with Billy turning into a Santa Claus judging everyone for being naughty. He murders more and more people, including a girl named Denise (played by Linnea Quigley) until finally, at a showdown at the orphanage, the police shoot him.

However, at the end, his younger brother Ricky who is still in the orphanage witnesses his death, and he looks at the Mother Superior and tells her she’s been naughty. 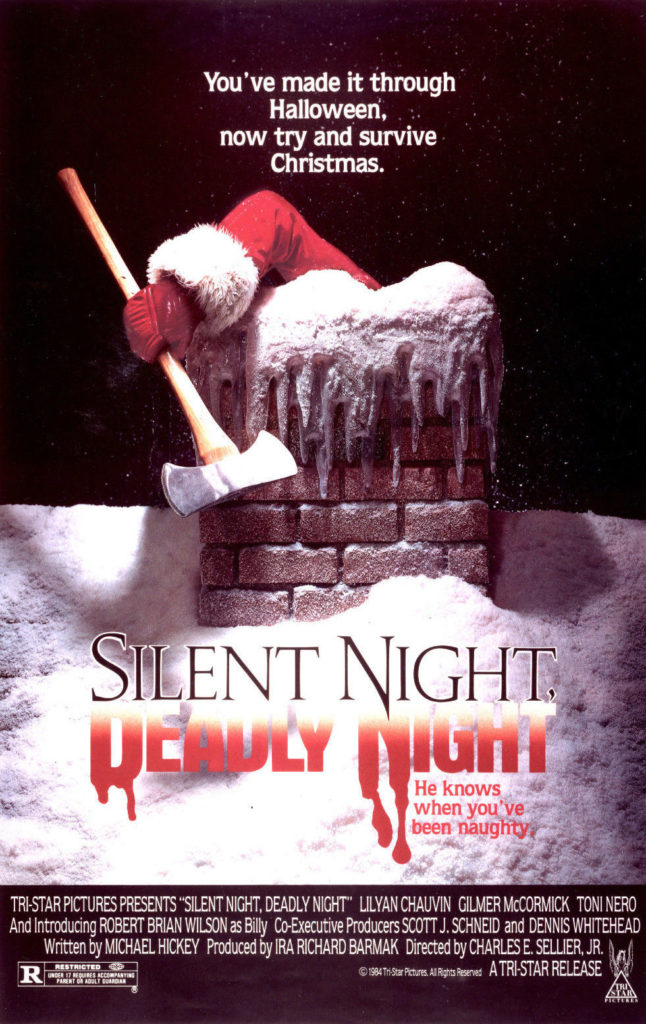