The 1988 film Sorority Babes in the Slimeball Bowl-O-Rama is a horror comedy directed by David DeCoteau and produced by the famous B-movie producer Charles Band. The movie stars Linnea Quigley, Brinke Stevens, Michael Sonye, Robin Rochelle, Robin Stille and Michelle Bauer. The film has since become a cult classic.

A trio of frat boys follow around a sorority called Tri-Delta, and the girls catch them during an event in their sorority house. The frat boys are sent on a mission by the sorority to steal a trophy, but they are watched on security cameras in the mall where they go to steal it inside a bowling alley.

They find a female burglar who helps them break open the trophy room, and they accidentally free an imp from a trophy called Uncle Impie (played by Michael Sonye) which grants three wishes. One frat boy gets his wish of stacks of gold, another girl becomes the prom queen, and another boy gets the girl he wanted. However after this happens, the imp possesses them and they are turned into demons.

Suddenly the remaining frat boys and sorority sisters are trying to escape from the demons, battling their way through the mall, enlisting the help of janitors along the way who tell them that the imp is a long-imprisoned demon. In the end the burglar and one frat boy, Calvin, escape on her motorcycle. 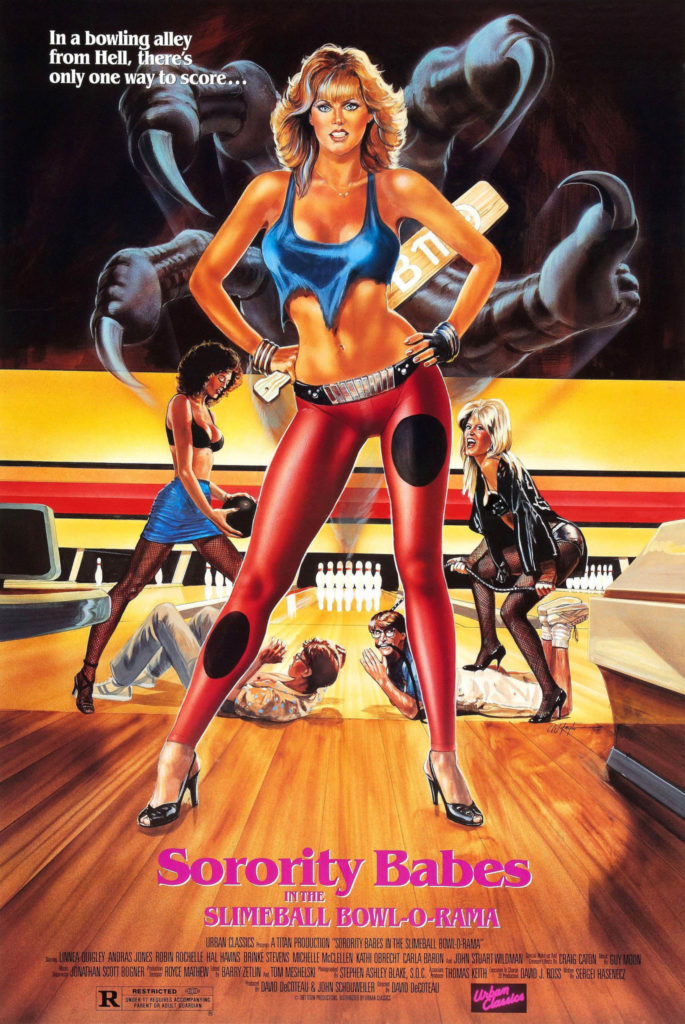 Sorority Babes in the Slimeball Bowl-O-Rama (1988)