The 1983 film The Exterminators of the Year 3000 is a post-apocalyptic Italian film. The movie was poorly received, but has since gained significant recognition in the cult film world because of it’s similarity to Mad Max, and the low budget method in which it was filmed. The movie stars Robert Iannucci, Alicia Moro, Alan Collins, Eduardo Fajardo, Fred Harris, Beryl Cunningham, Luca Venantini, and Anna Orso.

Almost identical in plot to Mad Max 2: The Road Warrior, the film revolves around a post-nuclear world in which water is precious. A strange man (named Alien, played by Robert Iannucci) arrives to save a small rag-tag group of people from a motorcycle gang who is trying to take over a desert outpost where a water resource is located. 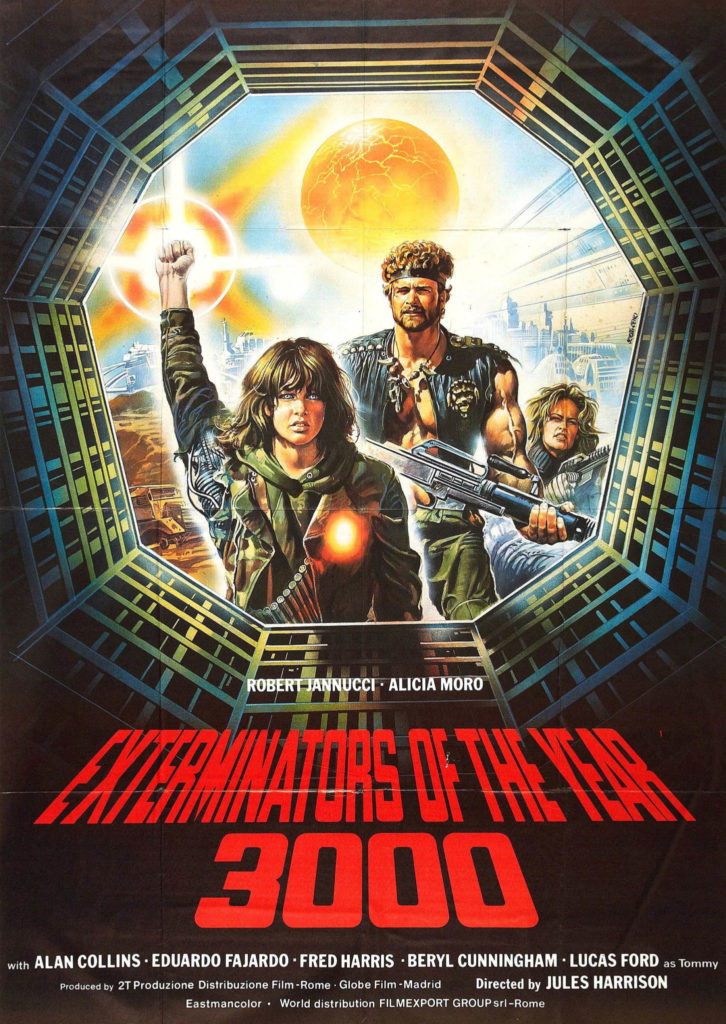