The 1985 film Barbarian Queen is a sword-and-sorcery film produced by the famous Roger Corman. Starring Lana Clarkson, the movie was filmed in Argentina as part of Corman’s nine-film contract in the 1980s. The movie has since become a cult classic, and Corman has claimed that the film inspired Xena: Warrior Princess.

A small village in the countryside, inhabited by rough barbarians, is preparing for a wedding ceremony between the queen (played by Lana Clarkson) and a prince (played by Frank Zagarino).

Suddenly, an army attacks the village and kills most of the barbarians, but takes the queen’s younger sister (played by Dawn Dunlap) and the prince hostage. The queen, Amethea, and her two companions (played by Katt Shea and Susana Traverso) escape and pursue the army to take back their family.

They discover a small camp of the army, which is lead by Lord Arrakur (played by Arman Chapman). They ambush the camp and rescue the queen’s younger sister.

Close to the enemy castle, the women find a rebel group which helps sneak them inside the city. Amethea finds that the prince, along with other prisoners, are forced to fight for entertainment in an arena. One by one, however, the women are captured by Arrakur and imprisoned. The queen’s younger sister is captured and taken as a concubine by Arrakur. They torture Amethea for information, but she eventually kills the torturer by flinging him into an acid vat and escapes. Although some of the women have been killed, she finds one of her companions and escapes the city, finding the rebels once again.

They decide to attack during one of the gladiator fights, and Amethea almost defeats Arrakur before being disarmed. At the very end, the queen’s sister stabs him in the back and kills him. Finally, Amethea finds her prince and free the city. 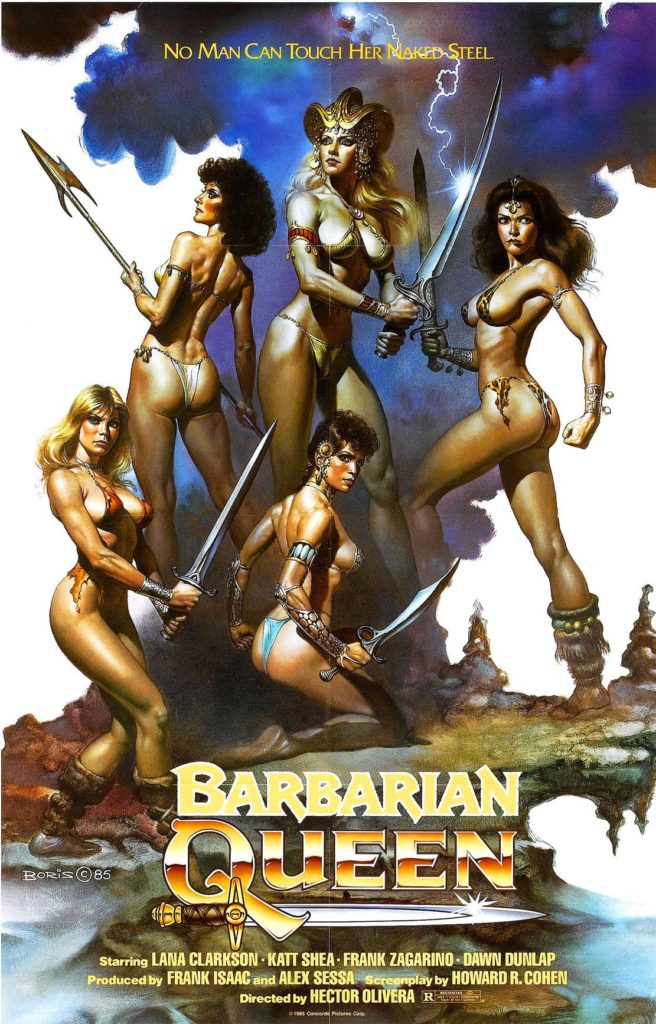