Nightflyers is a 1987 science fiction/horror film based on a 1980 book by George R. R. Martin. It stars Catherine Mary Stewart, Michael Praed and John Standing. The film is about a group of scientists who begin a intergalactic voyage into the deepest recesses of space in search of a inexplicable alien presence.

In 2017, Nightflyers was picked up as a new series by the SyFy channel and Netflix. 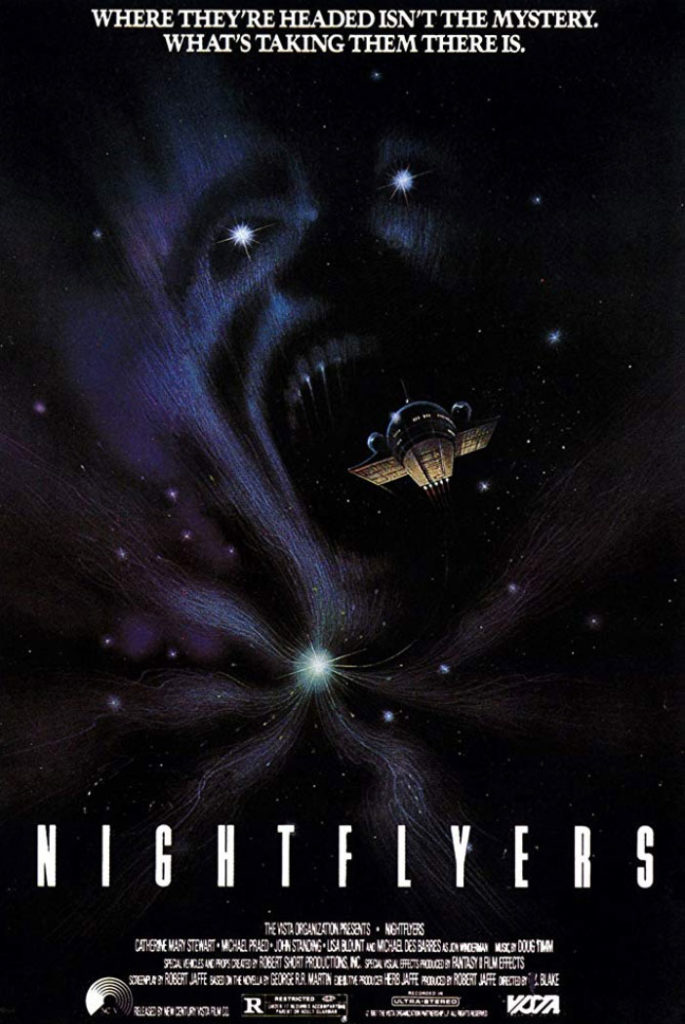