The 1982 film The Sword And The Sorcerer is a sword-and-sorcery fantasy film. It is directed by Albert Pyun and stars Lee Horsley, Kathleen Beller, and Anna Bjorn in a small role.

The movie was the most profitable indie film of 1982, grossing almost $40 million at the box office. The film was critically panned, but has since garnered significant success as a cult film.

The movie has a 2010 sequel, Tales Of An Ancient Empire.

King Cromwell (played by Richard Lynch) lands upon Tomb Island, as part of a search for Xusia (played by Richard Moll) a dead sorcerer who he wants to help him overthrow his rival King Richard. Capturing one of Xusia’s followers and using him to awaken Xusia from the dead, Cromwell plans to use his magic to conquer King Richard. He destroys one of Richard’s armies with his sorcery.

Soon fearing that Xusia will be a danger to himself, and possibly turn against him, Cromwell stabs Xusia and pushes him off a cliff. Richard, his army in shambles, decides to make one last attempt to save his kingdom in a fight. He sends his family to safety and gives his son, Talon (played by Lee Horsley) a triple-bladed sword. Cromwell destroys the army and executes King Richard.

Talon attempts to save his mother, but Cromwell kills her as well. Talon disappears into the wilderness.

Years later, Talon is a warrior wandering in the wastelands. He gathers a ragtag band of mercenaries and leads them back to his home to avenge his family’s death. Xusia the sorcerer, still alive and in hiding, has also vowed vengeance upon Cromwell for attempting to kill him.

Meanwhile a rebellion has begun under Prince Mikah (played by Simon MacCorkindale) who claims to be the rightful heir to the throne. Cromwell hears of the news and captures Mikah, but his sister Alana (played by Kathleen Beller) escapes narrowly, and is then followed in the streets by Cromwell’s men. Talon steps in and rescues her.

Alana tries to bribe Talon to save her brother from Cromwell, but he refuses her offer of gold and asks if he can have her instead, and then Talon embarks upon his mission.

After freeing Mikah by entering the castle through tunnels, Talon is captured by Cromwell, who has also captured Alana. King Cromwell forces Alana to marry him, and invites kings of the surrounding realm to a feast. He plans on murdering all of the kings while crucifying Talon at the feast. However, Talon escapes from the cross and joins the rebels in laying waste to the feast.

Cromwell flees with Alana, but Talon attacks. One of Cromwell’s right-hand men takes Alana to safety, then reveals himself as Xusia in disguise. The sorcerer attacks Cromwell. Talon kills the sorcerer and then conquers Cromwell.

Suddenly, Alana is attacked by a giant snake which Talon kills with the triple-bladed sword. Xusia rises from the dead once more, but Talon kills him with a second blade.

Talon gives the kingdom to Mikah to rule. Alana and Talon, together, are approached by a rebel who asks to join them for another adventure, and they set off into the sunset. 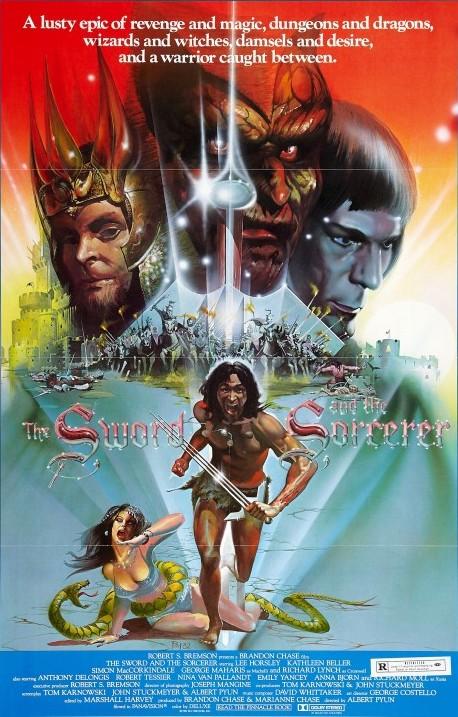