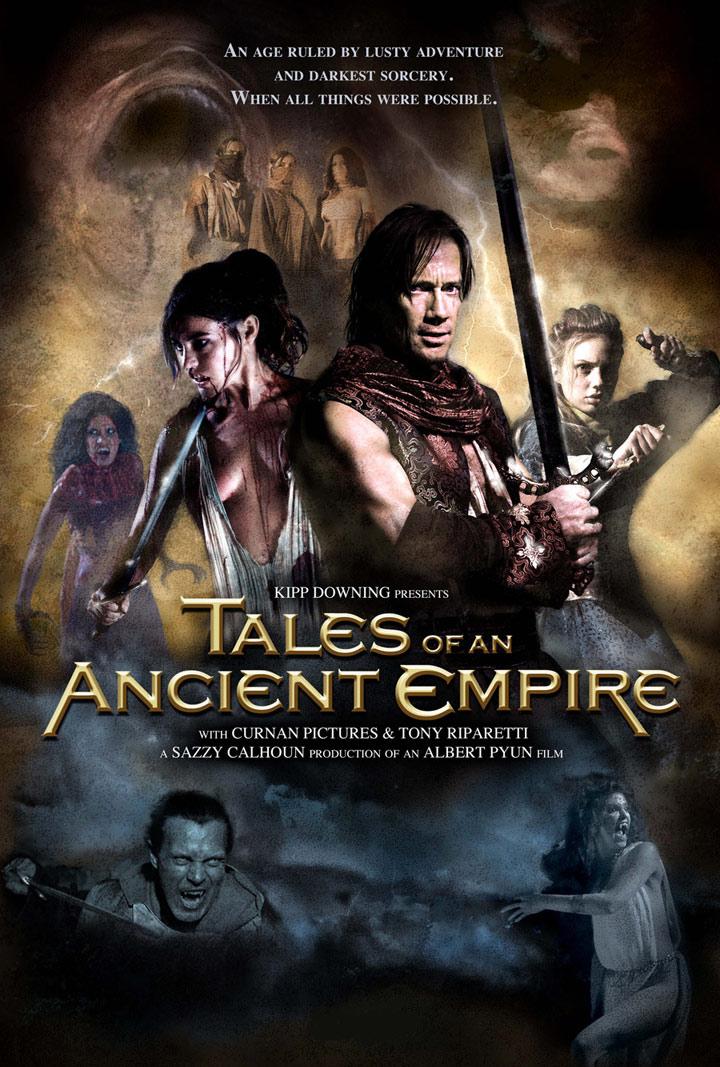 The Queen Ma’at (played by Jennifer Newsom) who rules the kingdom of Abelar, finds her realm under attack. Treasure hunters open up the tomb of an ancient vampire queen named Xia (played by Whitney Able). The queen sends her sister, Princess Tanis (played by Melissa Ordway) to the barbarian city of Douras to bring back her father to help save Abelar.

A servant girl named Kara (played by Victoria Maurette) discovers she is the half-sister of Princess Tanis, and her mother is the vampire queen. Kara begins hunting Tanis.

However, Princess Tanis finds another half-brother in the barbarian city Douras. Aedan (played by Kevin Sorbo) helps her locate more members of the family and they gather together to attack the vampire queen’s horde.

Melissa Ordway, Victoria Maurette and Kevin Sorbo in Tales of an Ancient Empire (2010)