The 1986 film Necropolis is a low-budget horror/apocalyptic film directed by Bruce Hickey and filmed in New York City. The film was produced by Charles Band and stars B-movie regular LeeAnne Baker, as well as appearances from other cult film stars like Nadine Hartstein and Norris Culf.

A witch named Eva (played by LeeAnne Baker) from 17th century New Amsterdam is resurrected in 1980s New York City. Her mission is to resuscitate her former Satanic coven by sucking the life out of victims and transferring it to them. A fanatical group of witch hunters pursues her, which she fights off. She obtains a magical device called the Devil’s Ring which she uses to grow her group of followers. 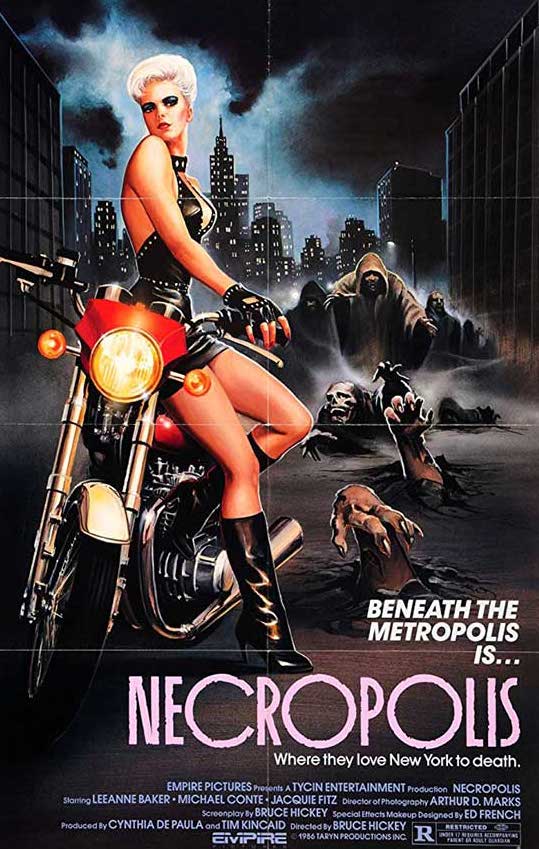