The 1988 science fiction film World Gone Wild is a 1988 post-apocalyptic film. It was directed by Lee H. Katzin, starring Bruce Dern, Michael Pare, Adam Ant, and Catherine Mary Stewart. It was filmed in the desert in southern Arizona.

In the year 2087, the world has been destroyed by nuclear war. There is very little water on earth, and it is the most valuable resource. A lonely hippie commune called Lost Wells has still survived in the middle of the desert, and a cult of raiders attempt to take control of their water.

The people inhabiting Lost Wells, mostly hippies, aren’t powerful enough to fight against the cult, so they hire a gun-for-hire to come in and protect them. The mercenary comes in (played by Michael Pare) and falls in love with a local schoolteacher (played by Catherine Mary Stewart). 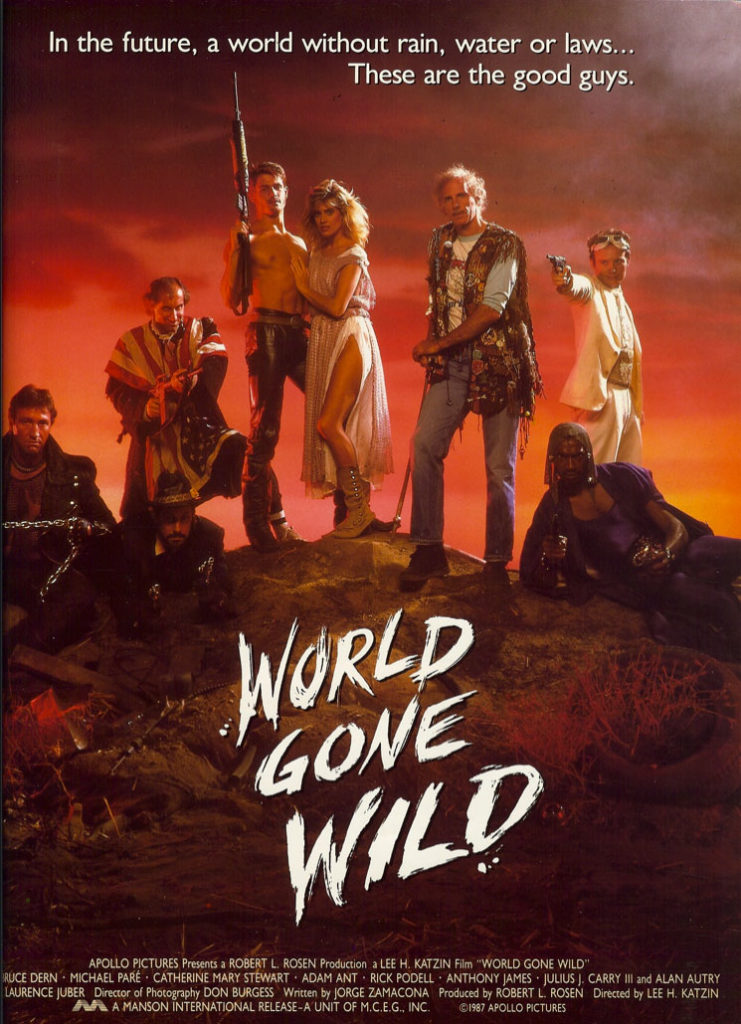