The 1983 film Videodrome is a science fiction/horror film that has since become a cult classic. A Canadian film, it was written and directed by David Cronenberg. It stars James Woods, Sonja Smits, and Debbie Harry in leading roles.

The president of the Toronto station CIVIC-TV, Max Renn (played by James Woods), is looking for some new content that will be more attractive to his audience. Even though the TV station plays distasteful content, he wants something even more gratuitous. Harlan, a satellite operator at the station, calls him into his office and shows a shocking violent broadcast he is picking up from Malaysia.

Max has Harlan schedule this station into CIVIC’s programming. On a talk show, he defends his programming choices from a professor, Brian O’Blivion, who thinks television will become real life in the future, and Nicki, a news anchor (played by Debbie Harry).

He learns from Harlan that the signal is actually coming from Pittsburgh, even though it is delayed to appear as if it is coming from Malaysia. Max finds out that the footage is from a sort of violent political movement. Max finds that O’Blivion’s daughter is at a homeless shelter where homeless people watch television for days and days. The daughter of the professor, Bianca O’Blivion (played by Sonja Smits), is running the shelter and is attempting to help initiate her father’s reality television prophecy. He finds that Videodrome, the broadcasts, are a political movement trying to control North America. After viewing Videodrome he starts having violent hallucinations. He then discovers that the professor has been dead, killed by colleagues who are using his invention for nefarious purposes, and has thousands of pre-recorded messages broadcasting his views.

The Spectacular Optical Corporation is an arms manufacturer who is producing Videodrome. The director of the corporation worked with Harlan in order to expose Max to Videodrome, to broadcast to the public and infect them with the hallucinations. 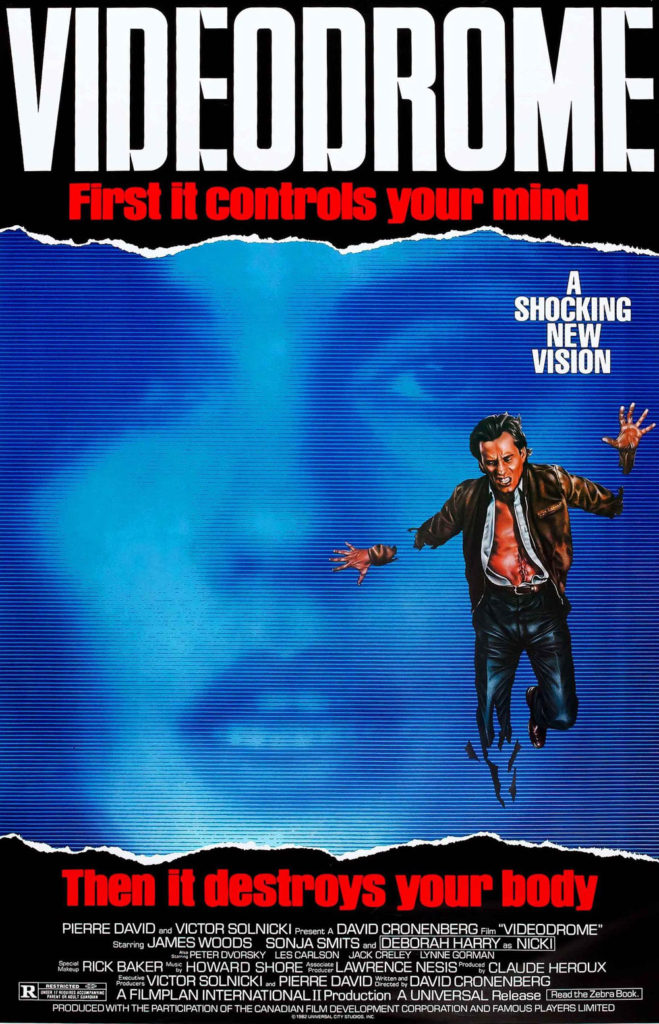