Melissa (played by Aleisa Shirley) is a big city girl looking for a change of pace who moves to a small town in Texas to live with relatives. Shortly after relocating Melissa seems to be followed by a series of mysterious and gruesome murders.The townsfolk (not takin’ kindly to her big city ways) become increasingly suspicious of Melissa after her boyfriend was mysteriously murdered and she was the last person to see him alive. Suspicious minds abound. Reaching a boiling point as Melissa’s her sweet sixteen draws ever more nigh.Is the murderer? Or just a small Texas town scapegoat?

Melissa, a 15 year old girl, moves to a small town while her father is working on an archaeological dig. She meets a boy (played by Glenn Withrow) who gives her a ride and takes her to an Indian burial ground. Chased off by her father, the boy is killed in the dark as he walks back.

Melissa meets another boy named Tommy and makes plans to see him later that night, but sees an old Indian man standing above his dead body. She tells everyone Greyfeather did it.

The police get involved, finding out that Greyfeather did not do it. But the Indian is killed in his own house. Melissa’s father finds out that artifacts, including five knives, have been stolen from his dig.

Finally, the film comes to a bloody conclusion at a party hosted for Melissa’s 16th birthday. 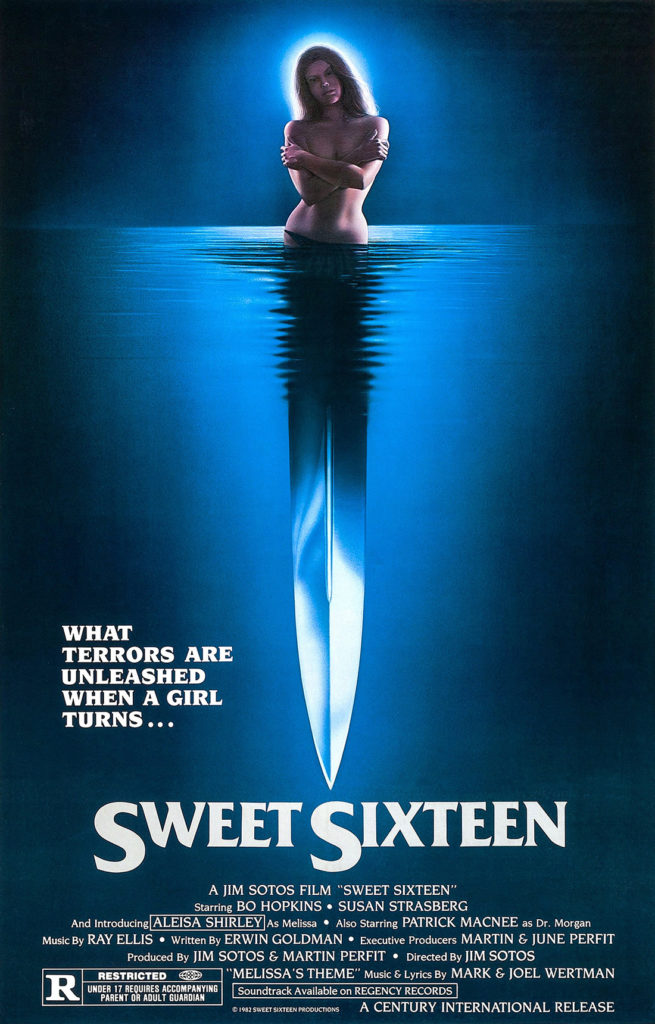