The 1983 film Krull is a science fiction/fantasy film. Although initially being critically panned, the film has since become a cult classic. A high production value (for the time) and impressive cinematography keep the film entertaining and distracting beyond many of the period pulp sci-fi movies.

A prophecy announces that a girl of ancient name shall become queen, choose a king, and rule the galaxy with their son.

Prince Colwyn (played by Kenneth Marshall) weds Princess Lyssa (played by Lysette Anthony) in order to unite their kingdoms and fight against a mysterious alien invasion by the Beast and an army of Slayers, who attack the wedding and kill the fathers of both Colwyn and Lyssa. The Princess is captured.

An old man named Ynyr (played by Freddie Jones) helps the prince regain his strength. The old man gives Colwyn information about a five-pointed spear called The Glaive, which can defeat the Beast. Colwyn enlists the help of a band of thieves, promising to pardon their crimes for their assistance.

Colwyn travels to a man named the Emerald Seer (played by John Welsh), who uses a seeing ball to prophesy where the Beast’s fortress will appear, as it is a mountain spaceship which changes location each day. Surviving an attack in a swamp where they took shelter, the group undergoes various trials (including a spider lair) and finally reach the fortress. Attacking it, members of the group are killed as they attempt to breach it, but Colwyn finally finds a dome within the fortress and enters it to find Lyssa. He attacks the beast with the Glaive but loses it inside the Beast’s body.

Lyssa and Colwyn decide to finish their interrupted wedding ritual, which lets them conjure flames that kill the Beast. They flee the spaceship fortress before it explodes in a massive fireball. 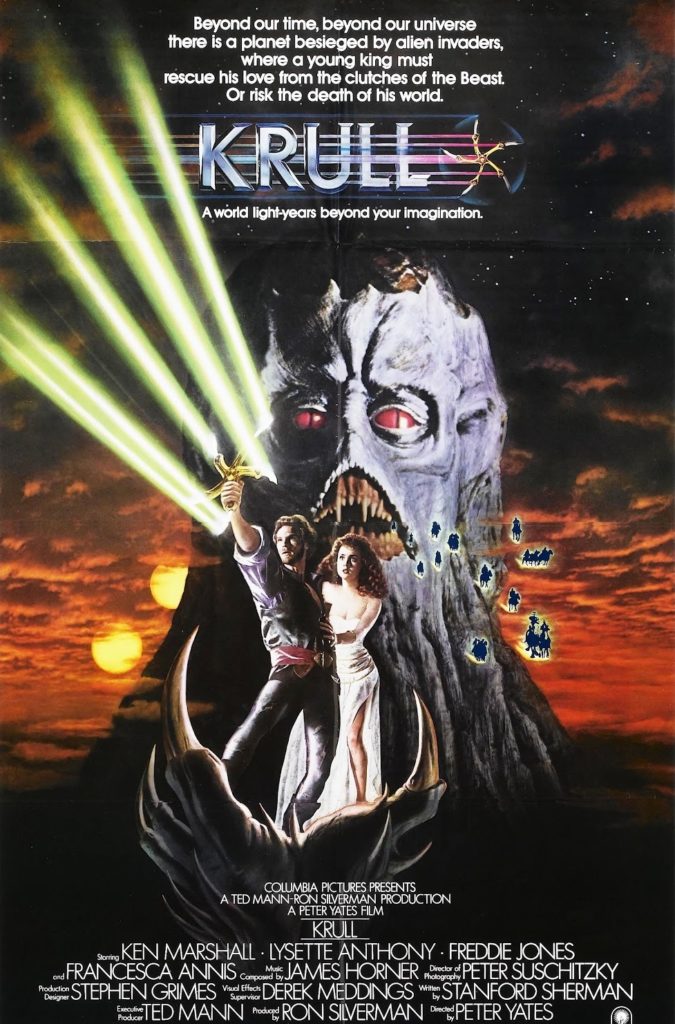