The 1980 film Motel Hell is a comedy and horror film. A satire of modern horror films, the movie was directed by Kevin Connor and stars Rory Calhoun, Nancy Parsons, Nina Axelrod, Wolfman Jack (as Reverend Billy).

Fun fact, Motel Hell also stars John Ratzenberger (a complete unknown commodity at the time) in a small, yet memorable role. A mere two years later in 1982 Ratzenberger would be plucked out of obscurity and cast as the lovable know-it-all Cliff Clavin on the icon television series Cheers.

The movie revolves around a hotel owner who kidnaps travelers to turn them into sausages. The owner/farmer, Vincent (played by Rory Calhoun) is famous for his sausages. He forces travelers to stop by puncturing their tires, and then keeps them half-buried in the ground until he harvests them.

His sister, Ida (played by Nancy Parsons) helps him. His brother, Sheriff Bruce, is clueless about it all. When Ida jealously tries to kill a woman traveler who has taken a fancy to Vincent, Sheriff Bruce rescues her. Attempting to escape, the movie escalates into a chainsaw and shotgun-laden final battle between good and evil. 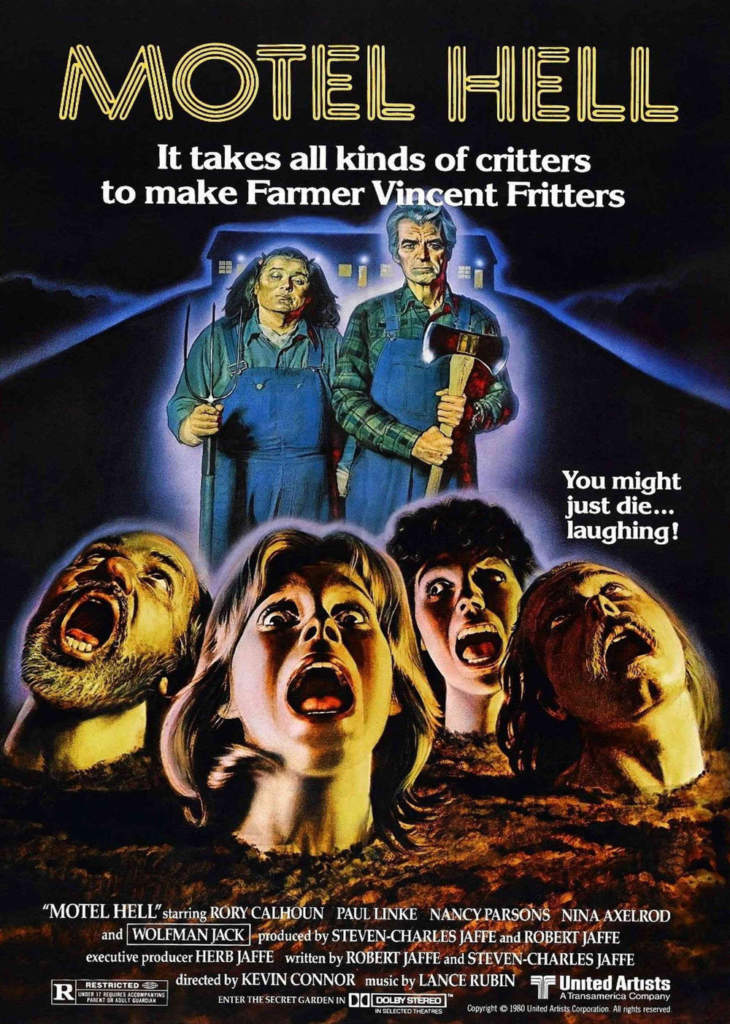