The 1982 film Friday the 13th Part III is a horror film that has since become a cult classic. It was directed by Steve Miner. Frank Mancuso Jr. produced it. It is the third film installment of the Friday the 13th film franchise.

Jason Voorhees (played by Richard Brooker), who is injured, goes to a store at the lake shore in order to find some clothes. He murders the store owner with a knife and a knitting needle.

A girl, Chris (played by Dana Kimmell) are heading to her family’s cabin on the lake for a weekend getaway. Her friends include Debbie (played by Tracie Savage), Andy (played by Jeffrey Rogers), Shelly (played by Larry Zerner), Vera (played by Catherine Parks) and Chuck & Chili, two potheads. When they get to the cabin, they meet Rick, who is Chris’s boyfriend (played by Paul Kratka).

Shelly and Vera get in a fight with some motorcycle riders at a gas station. They show up at the cabin later and try to burn down the barn. However, Jason has been hiding and comes out to kill two of the bikers. Out in the woods, Chris reveals to her boyfriend that she had a bad experience in the woods years earlier where she was attacked by a deformed stranger.

Jason periodically kills off the party in gruesome ways, one by one. Shelly and Andy are killed as well as Debbie and the potheads.

Chris and Rick walk back to the cabin to find it a disaster zone. Rick is killed by Jason. Chris attempts to run away in the van, but then escapes to the barn and hides. She attacks him with a shovel and recognizes him as the deformed man who attacked her years before. She attacks him with an axe and he collapses. Chris gets in a canoe and falls asleep. After having a terrifying nightmare, the police arrive to the scene. Jason is shown lying in the barn. 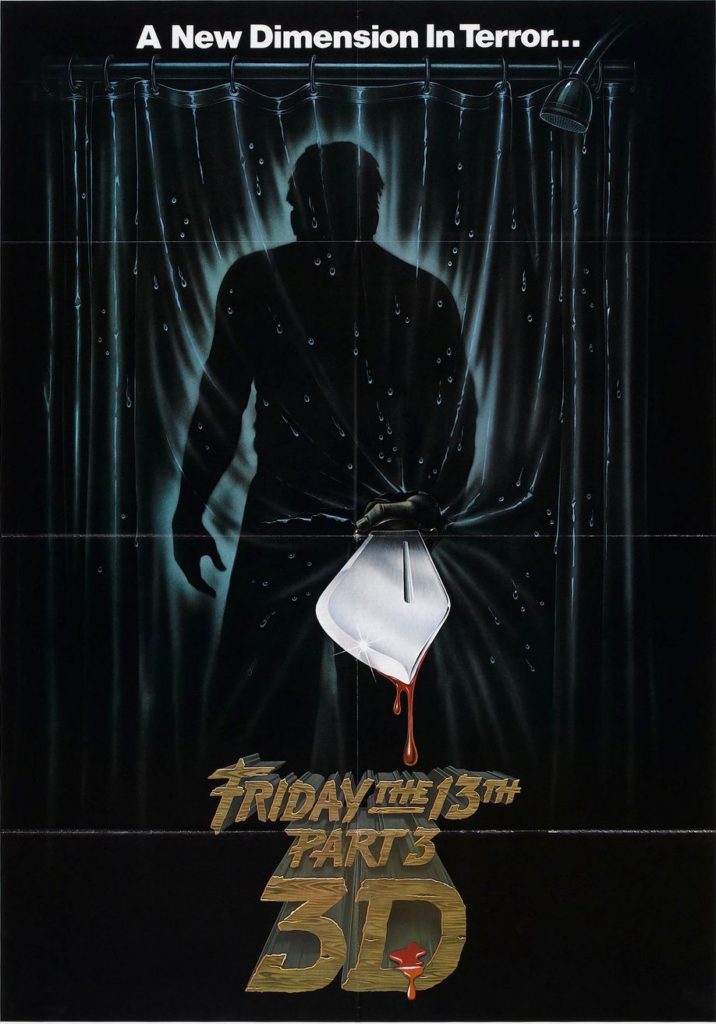