The 1982 film Gunan, King of the Barbarians is an Italian clone of Conan The Barbarian. It was also titled The Invincible Barbarian. The film has become a cult classic, and is extremely difficult to find. The only known extant copies are from old VHS tapes, which are sometimes available online. The movie stars Sabrina Siani and Pietro Torrisi.

In a plot almost identical to Conan The Barbarian, a small village is attacked by Ungat marauders, whose leader is the evil Magen. However, Amazon warriors save two of the infants in the village from death, and these two boys are brought up to be warriors themselves. Gunan is one of these (played by Pietro Torrisi). He sets out to take revenge for the death of all his village, and he ends up personally attacking the entire Ungat kingdom himself, ultimately facing Magen. 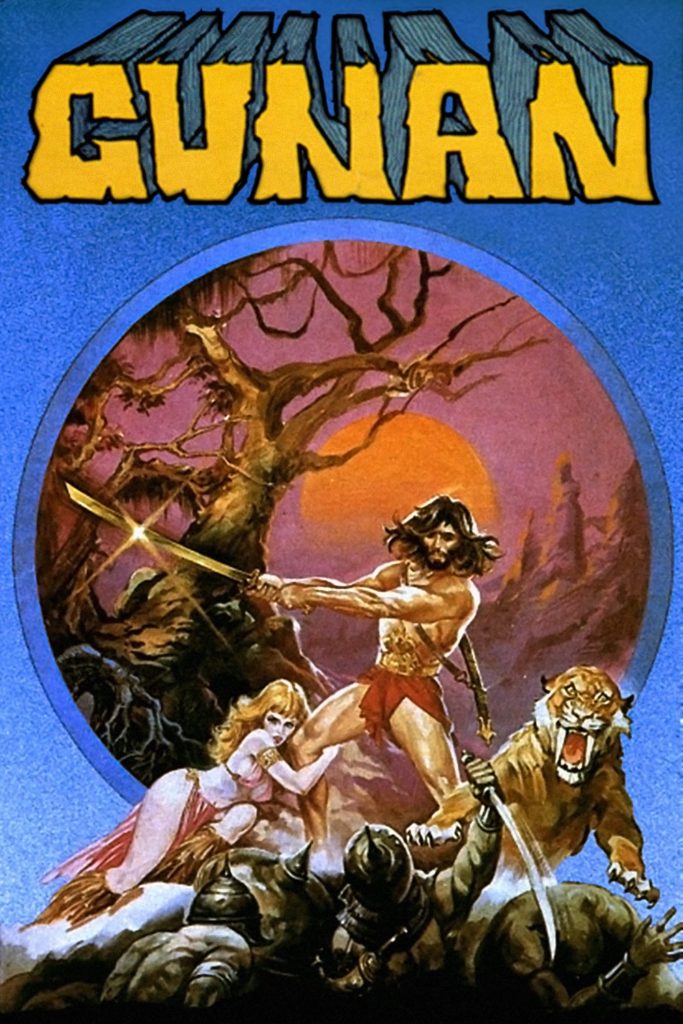