In a small town in New Jersey, the students at Tromaville High are affected by an accident at the nearby nuclear power plant, which towers ominously on the horizon. The water, which becomes radioactive, kills a student after he drinks from the water fountain. A gang of misfits called the Cretins start taking over the school, worsened by the increasing amounts of radiation in the town. A crazy party is held indoors, with a live band, themed as a bikini beach party.

Chrissy (played by Janelle Brady) is a good girl who is dating Warren (played by Gil Brenton). She is worried about the increasingly crazy party, and ends up smoking some radioactive weed. They have nightmares about horrible mutations, but then wake up to find that the hallucinations are not real. Chrissy finds that she is rapidly pregnant, and has some form of monster growing inside her. She spits out the monster from her throat, and the creature begins mutating even further upon contact with the radioactive water.

Warren, who is becoming irritated from the radiation, goes on a killing spree and battles the Cretins.  The gang is expelled from the school but form an army, riding motorcycles around and terrorizing the students. They hold the school building hostage and capture Chrissy.

Warren tries to rescue her, and confronts the leader of the Cretins. Suddenly the monster, which has grown to enormous proportions, kills all of the Cretins. Warren kills the monster with a laser from the science lab, fleeing from the exploding school.

Meanwhile, inside the school, a radioactive monster baby squirms through the rubble, and the film ends. 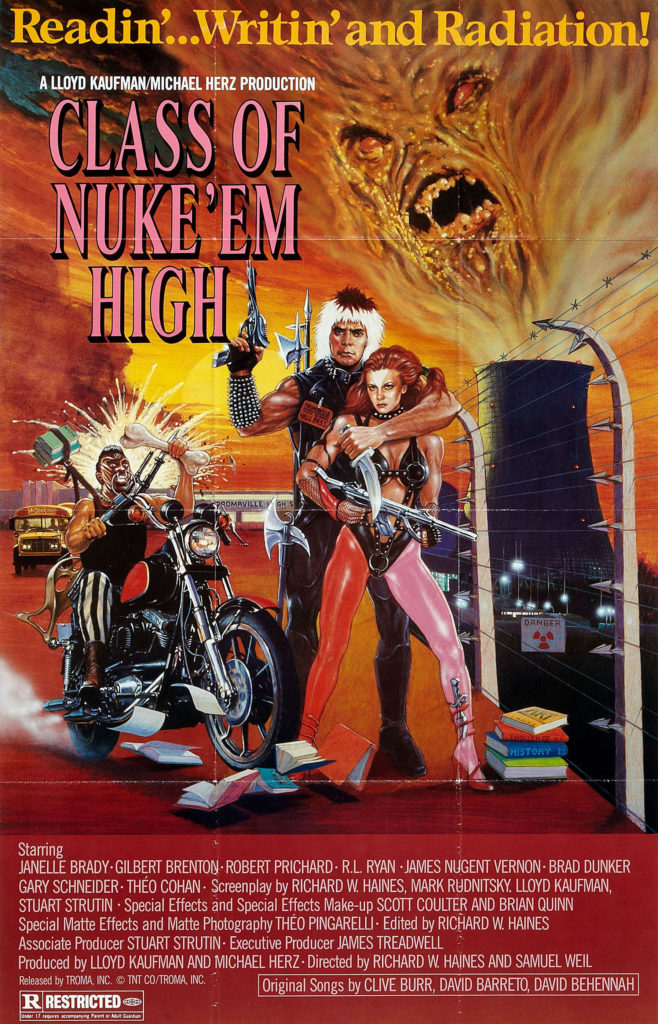