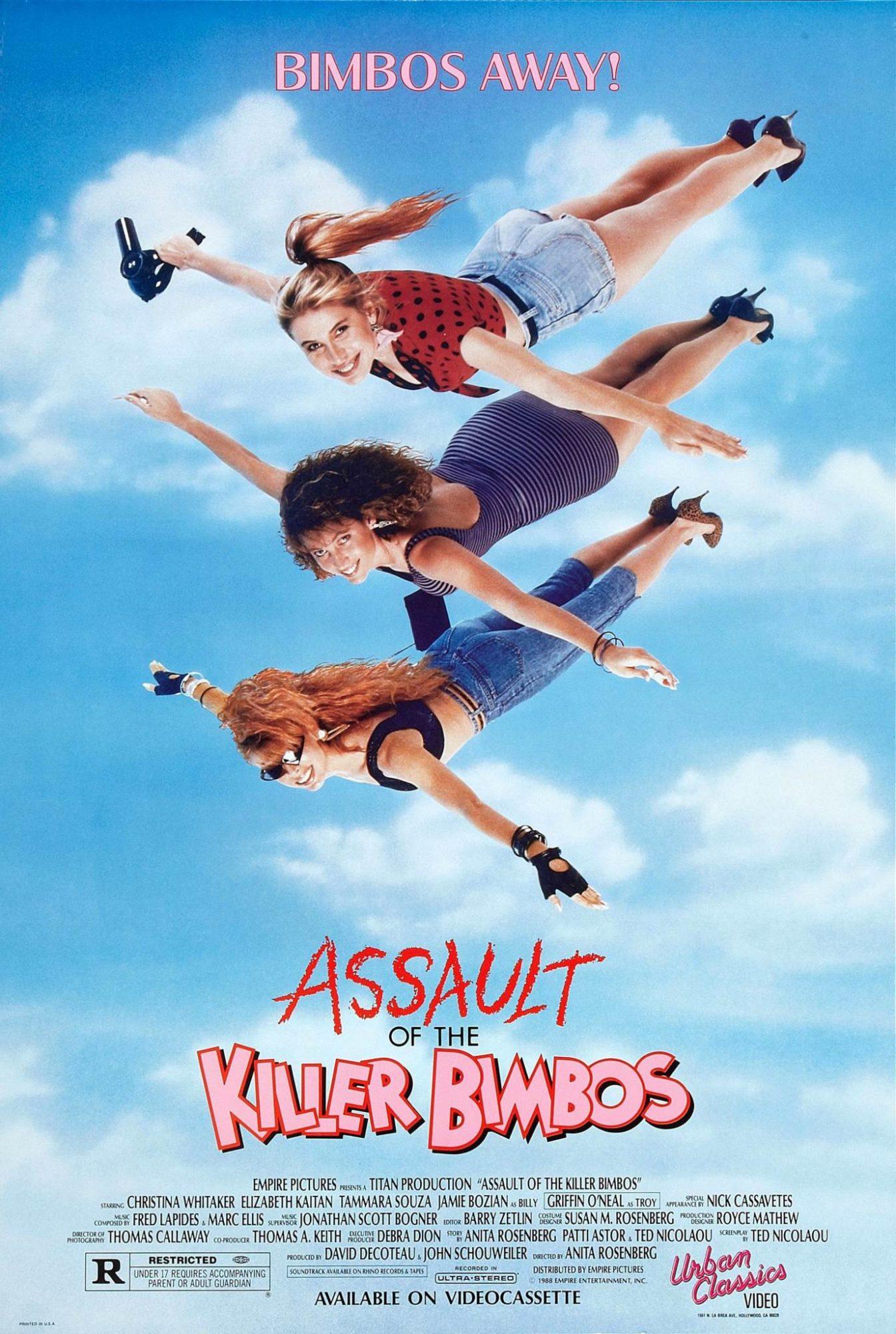 The 1988 film Assault of the Killer Bimbos is a comedy low-budget film starring Elizabeth Kaitan, Christina Whitaker, Debi Thibeault, Tammara Souza, Nick Cassavetes, and Griffin O’Neal. The movie was directed by Anita Rosenberg. It opened to less than stellar ratings but has since become a cult classic.

Assault of the Killer Bimbos (1988) Plot

Two dancers, Lulu (played by Elizabeth Kaitan) and Peaches (played by Christina Whitaker) are surprised by the sudden murder of their boss. Even though the real killer is a gangster named Vinnie, they are framed for the killing and are on the run for their lives. They find a waitress named Darlene (played by Tammara Souza) who joins them on a long road chase away from the pursuing police. They aim for the Mexican border, but once they get into Mexico they find that Vinnie has pursued them and cornered them in a motel. The face him down in a final showdown. 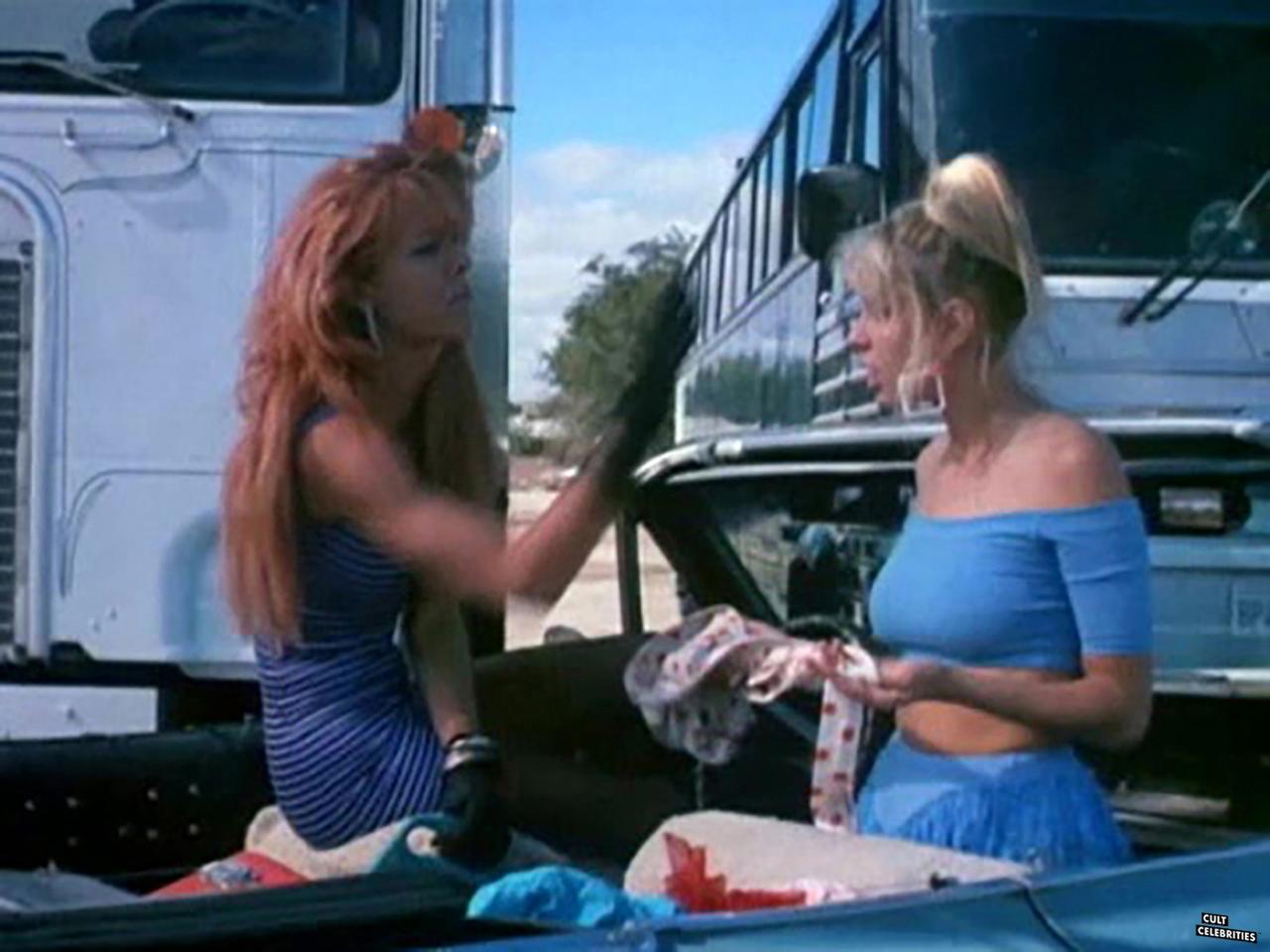 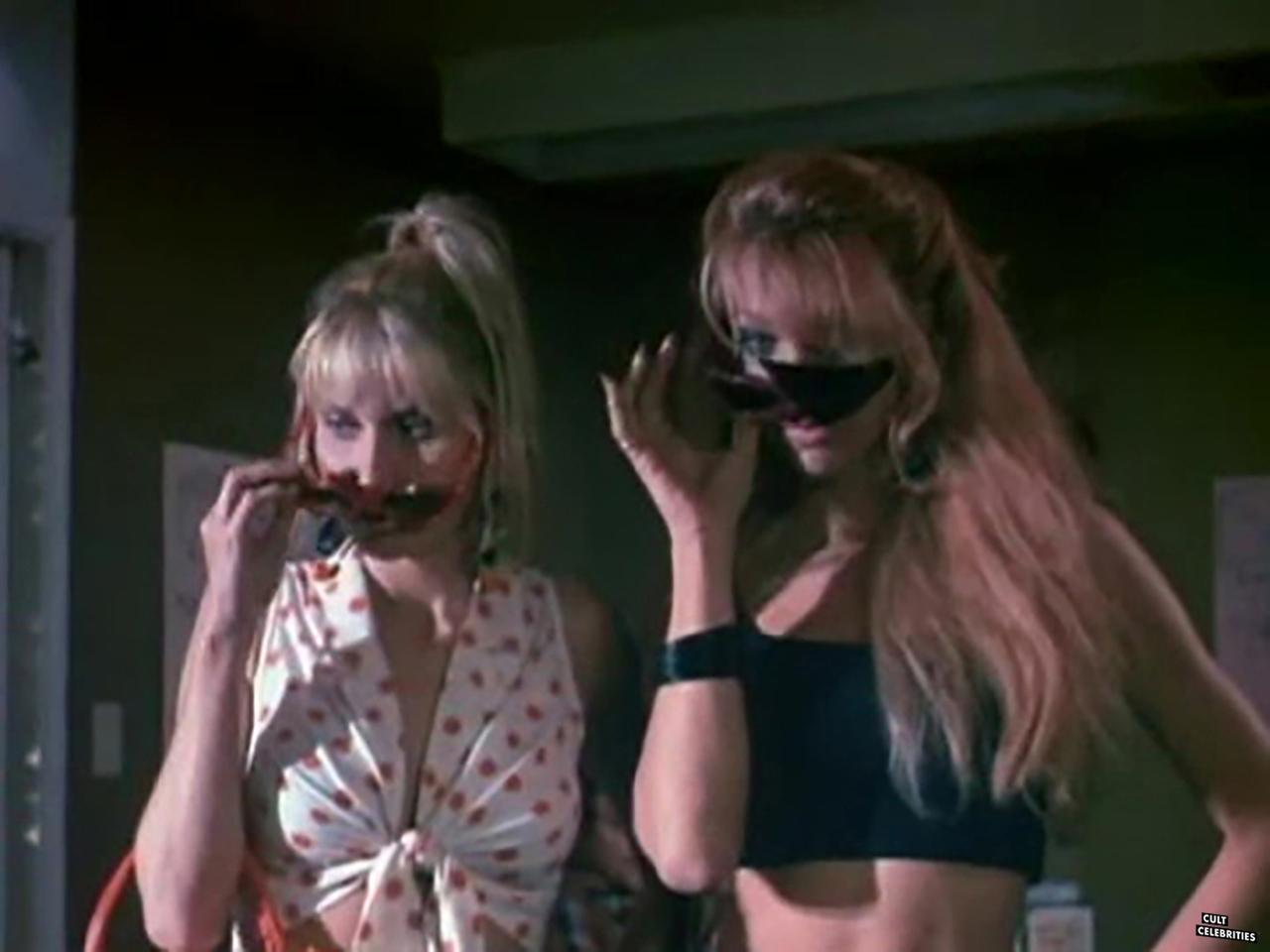 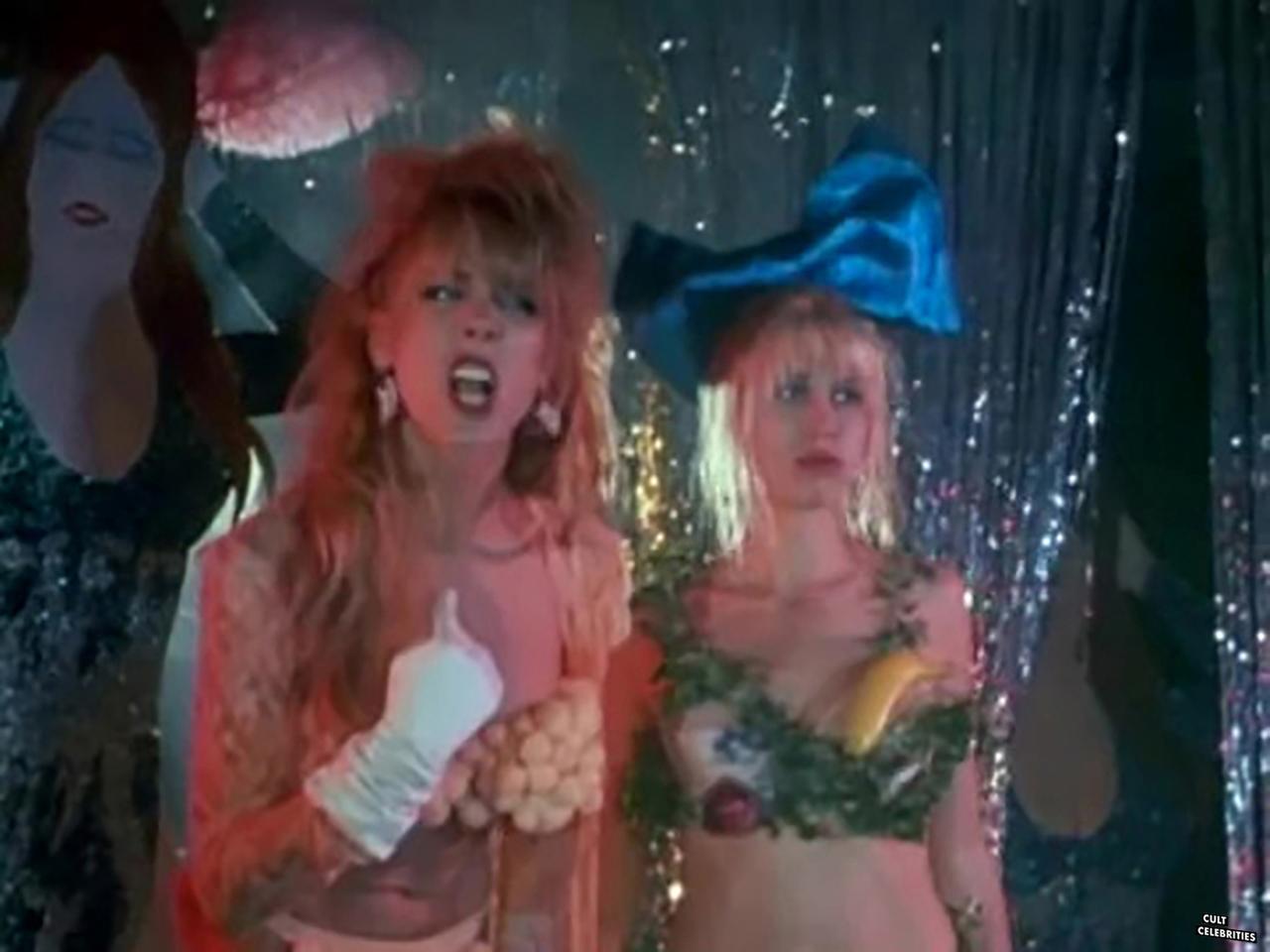 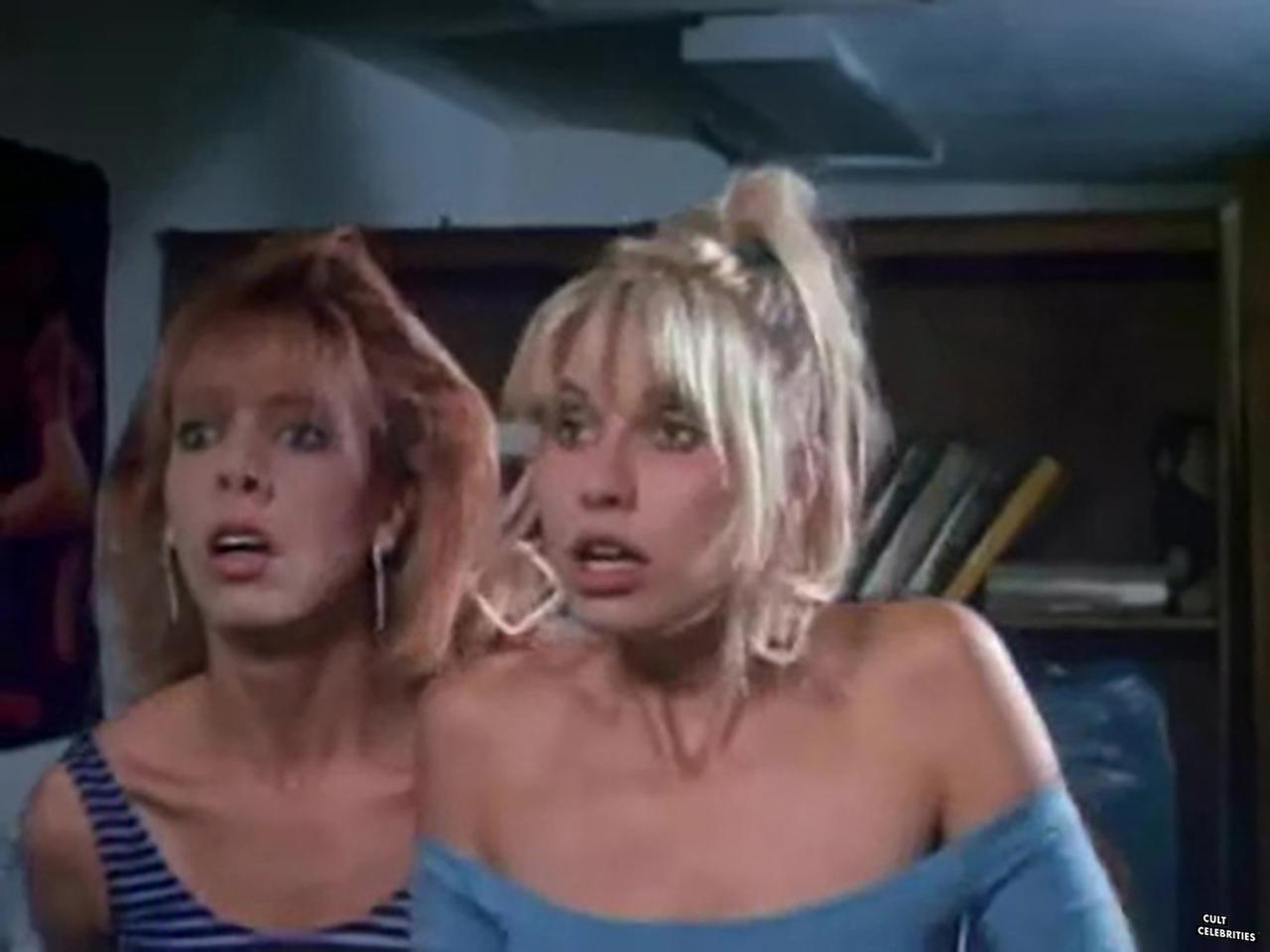 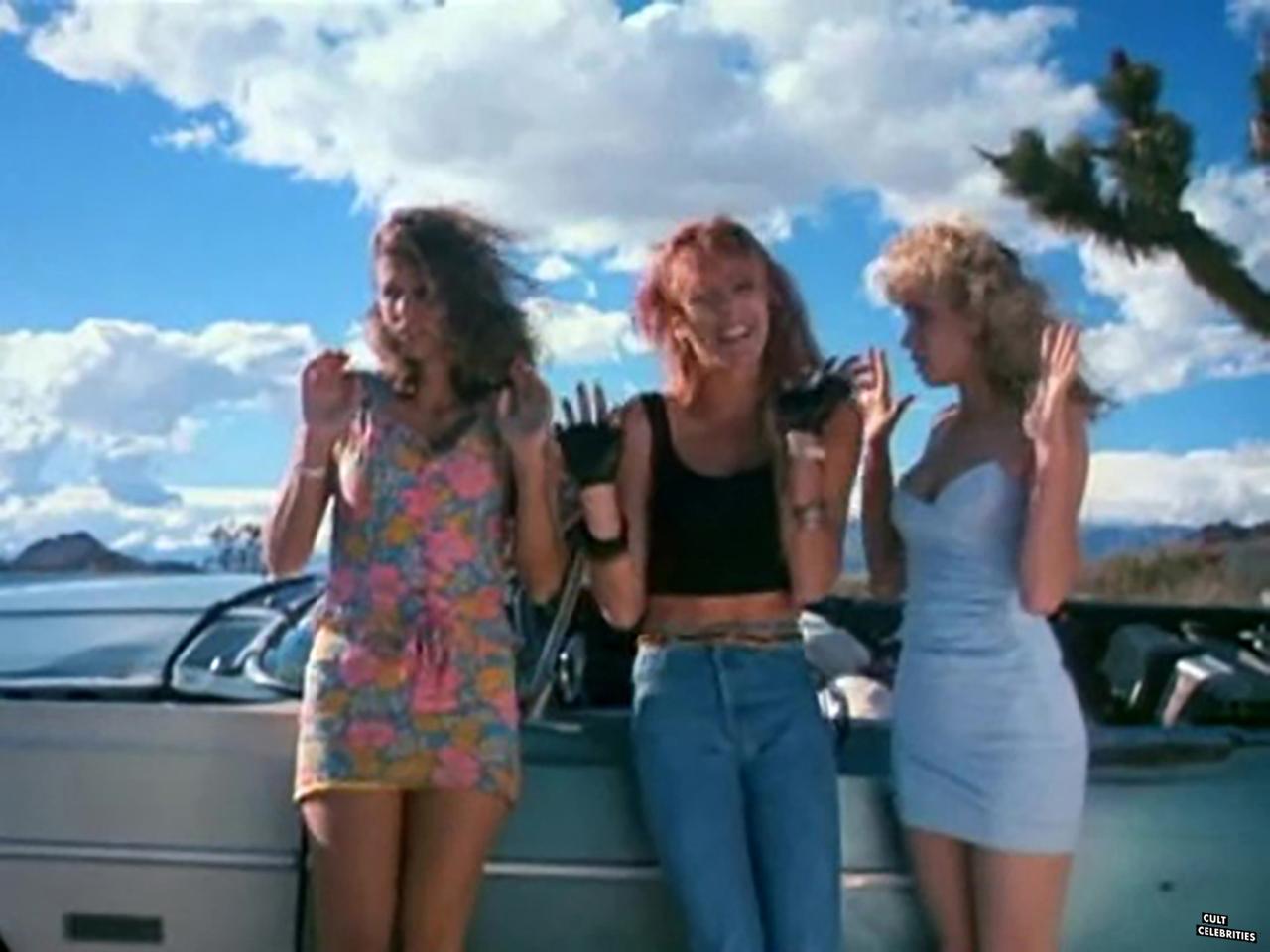 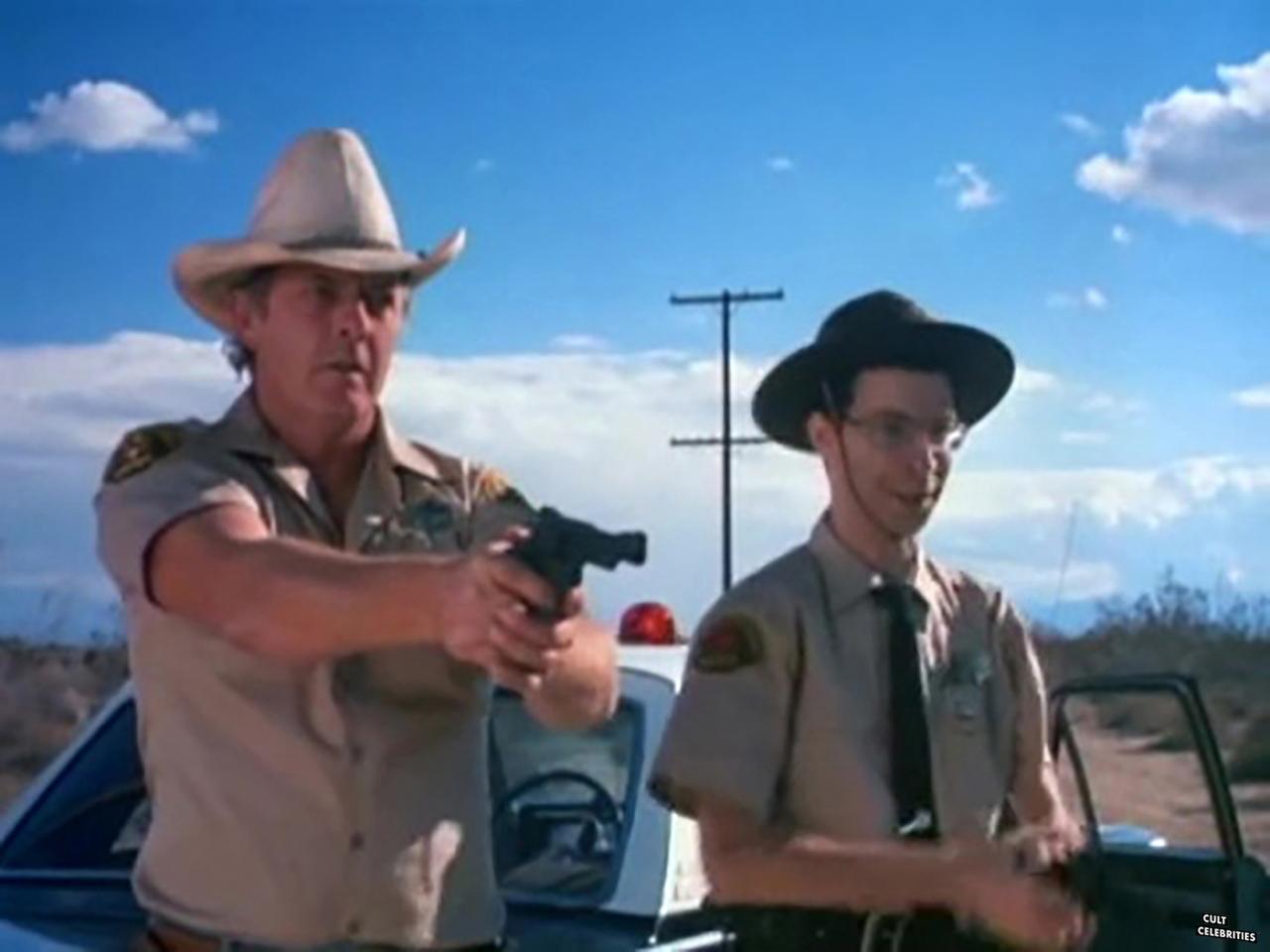 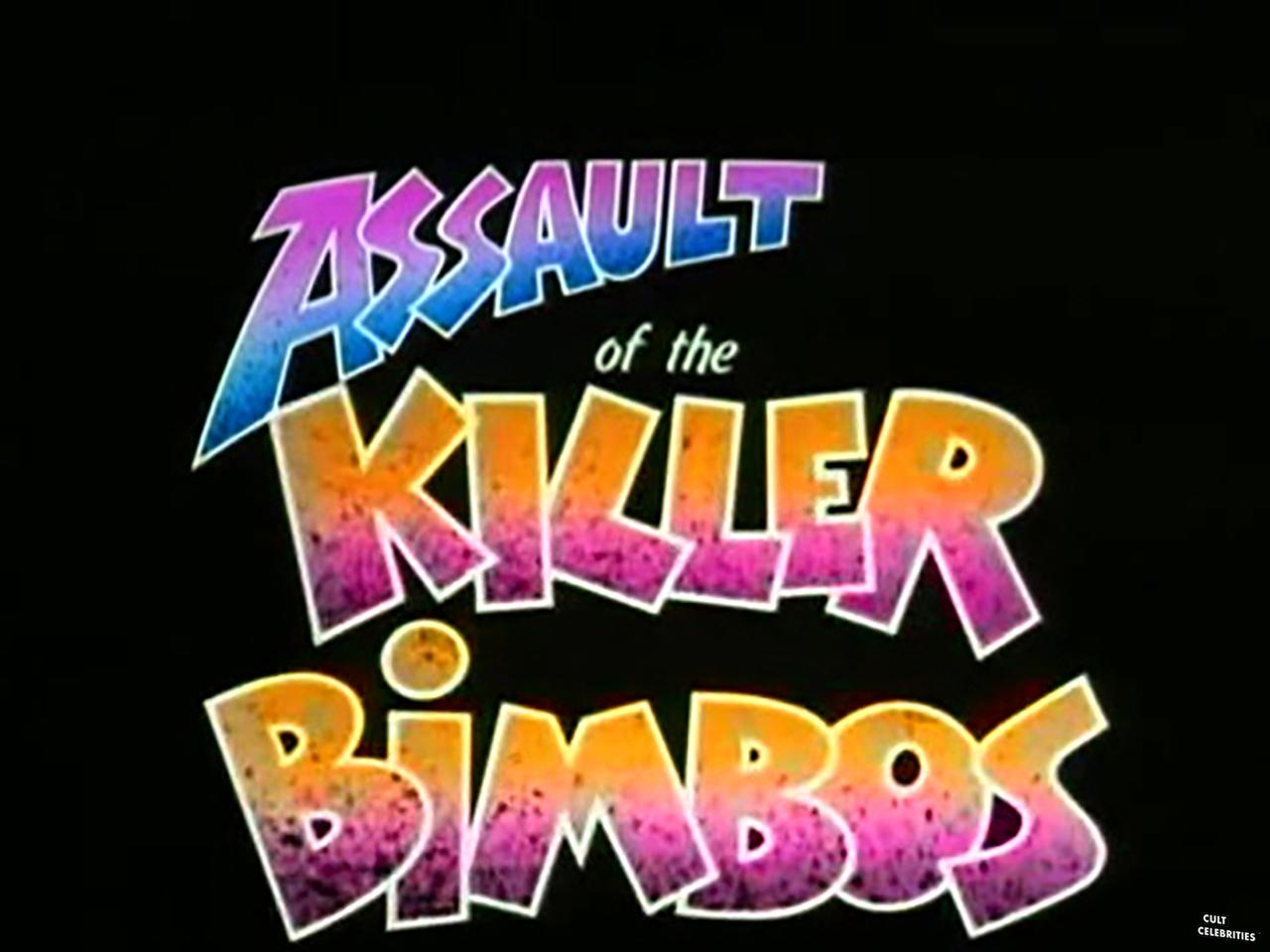 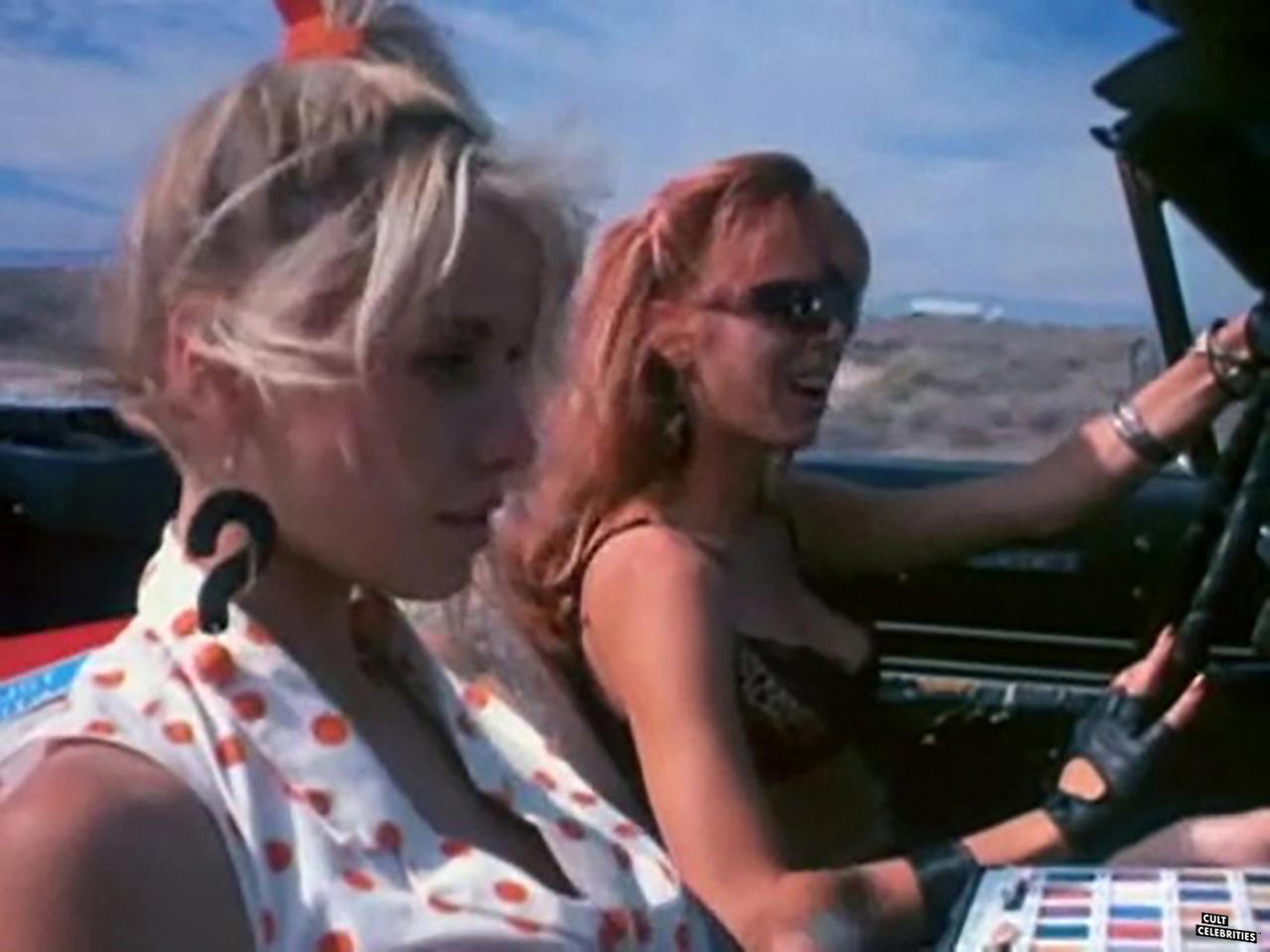 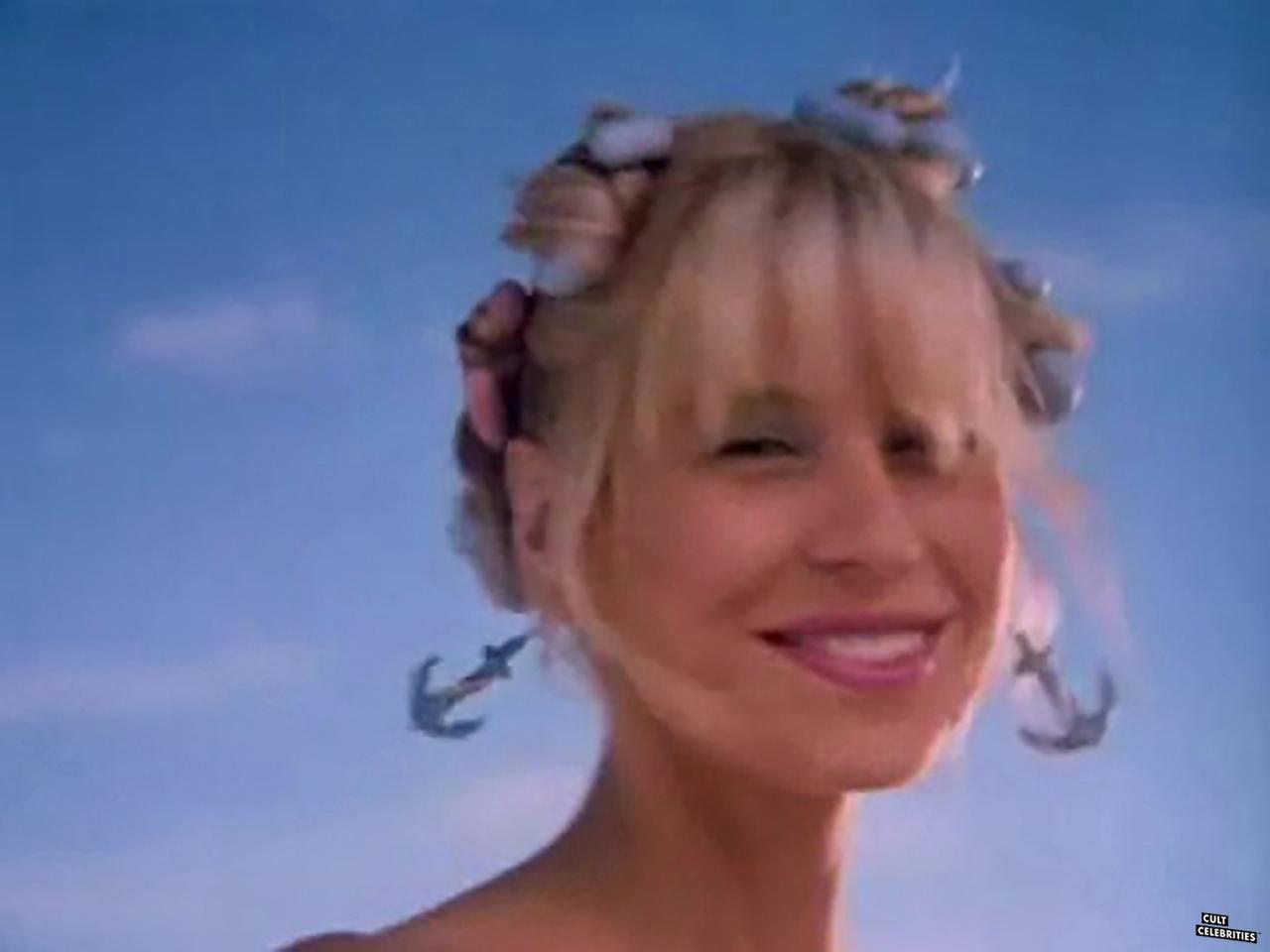 Elizabeth Kaitan in Assault of the Killer Bimbos (1988) 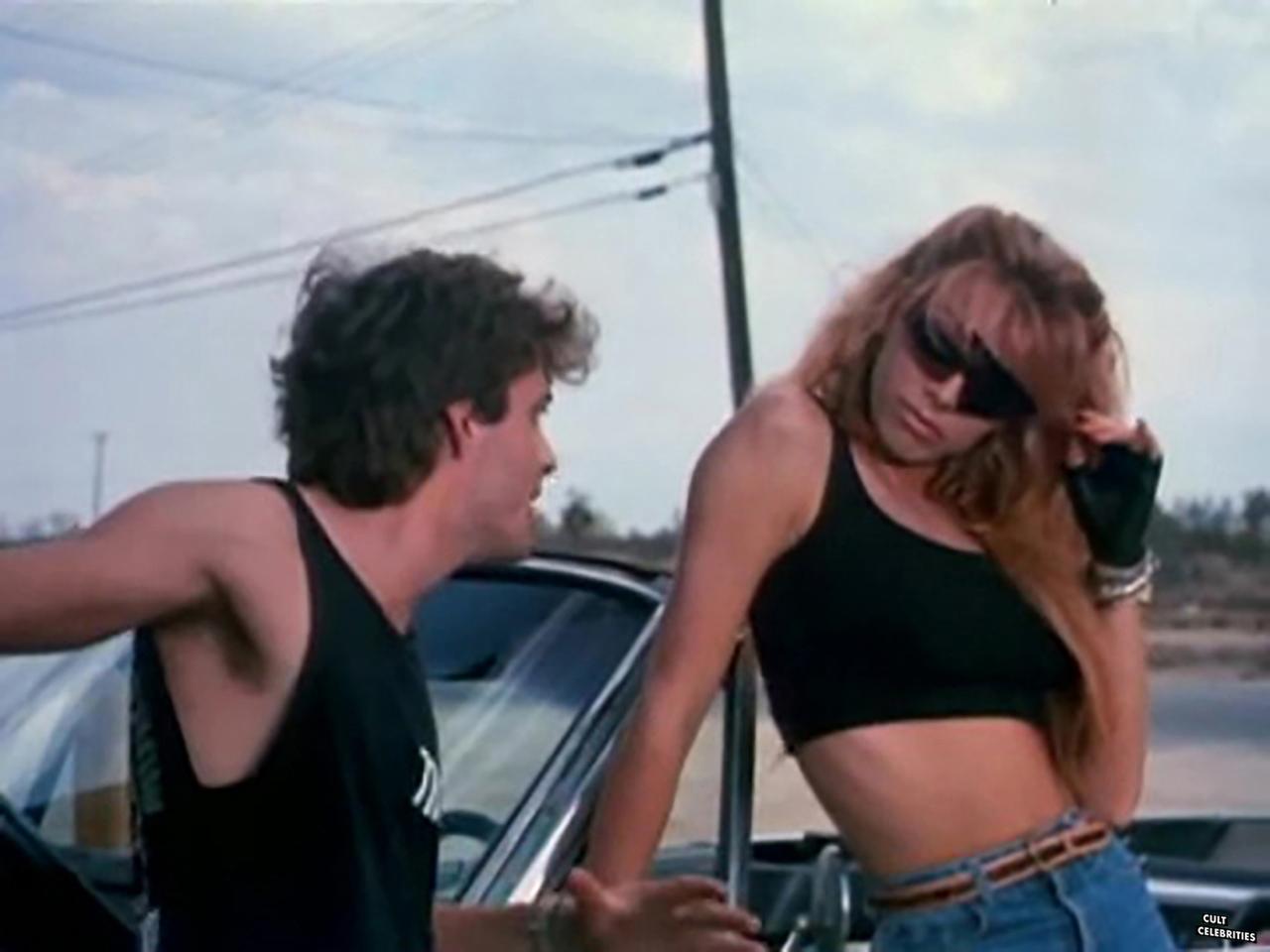 Christina Whitaker in Assault of the Killer Bimbos (1988) 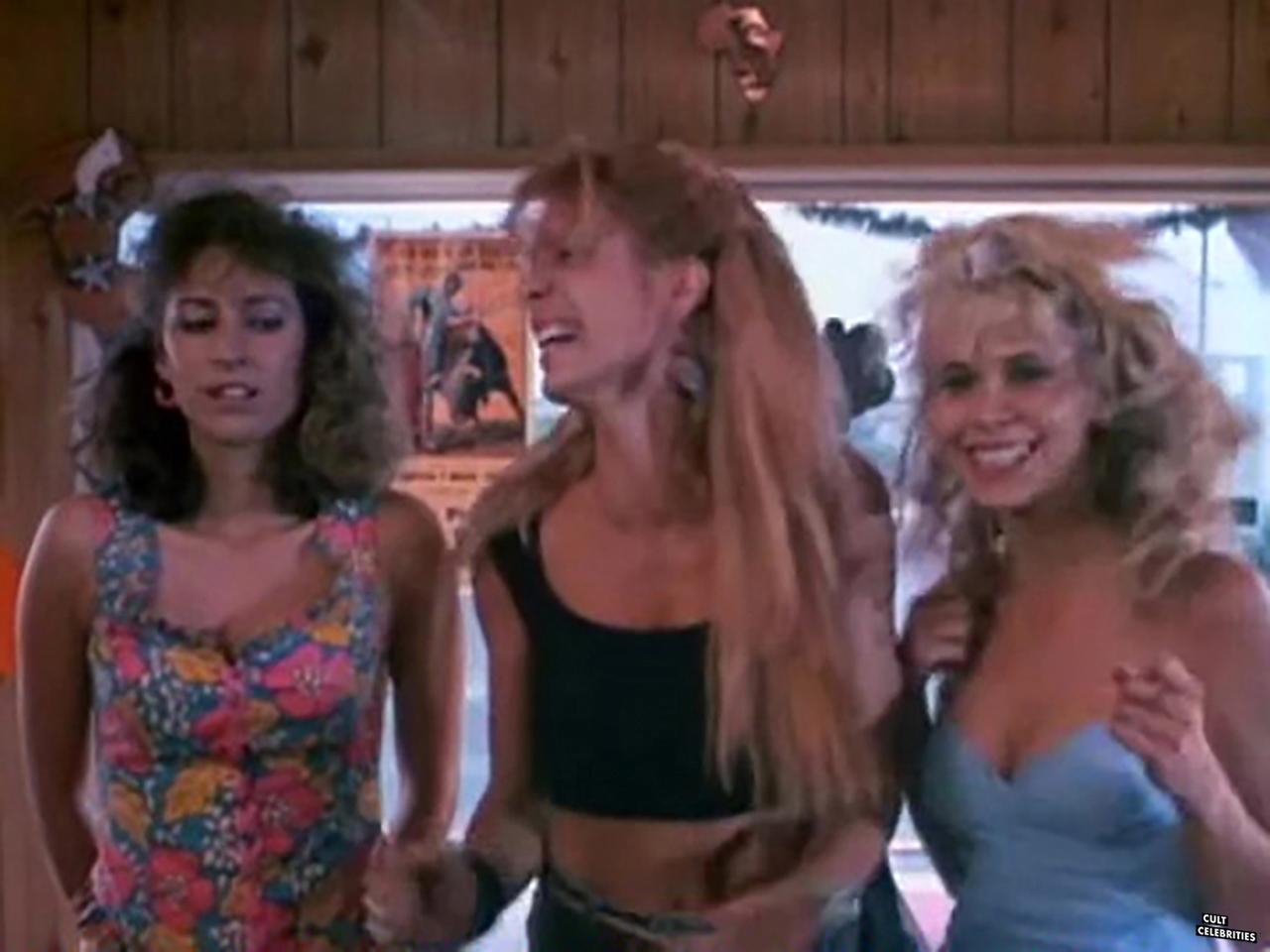