After seeing Sorority House Massacre II (a movie produced by his wife) the famous B-movie producer Roger Corman tasked the director (Jim Wynorski) with doing a remake. Hard to Die is that remake. It is a two hour non-stop gonzo carnival that caters to the moviegoer’s tackiest instincts. Having said that…if that sounds like something you’d be into then this is just the movie for you (and me).

Inspired by Die Hard, with a poster design obviously ripped off from the Bruce Willis film, the movie involves several women who are inside an empty skyscraper overnight. A murderer is attempting to kill them, so they decide to fight back in a violent, full-auto death fight. 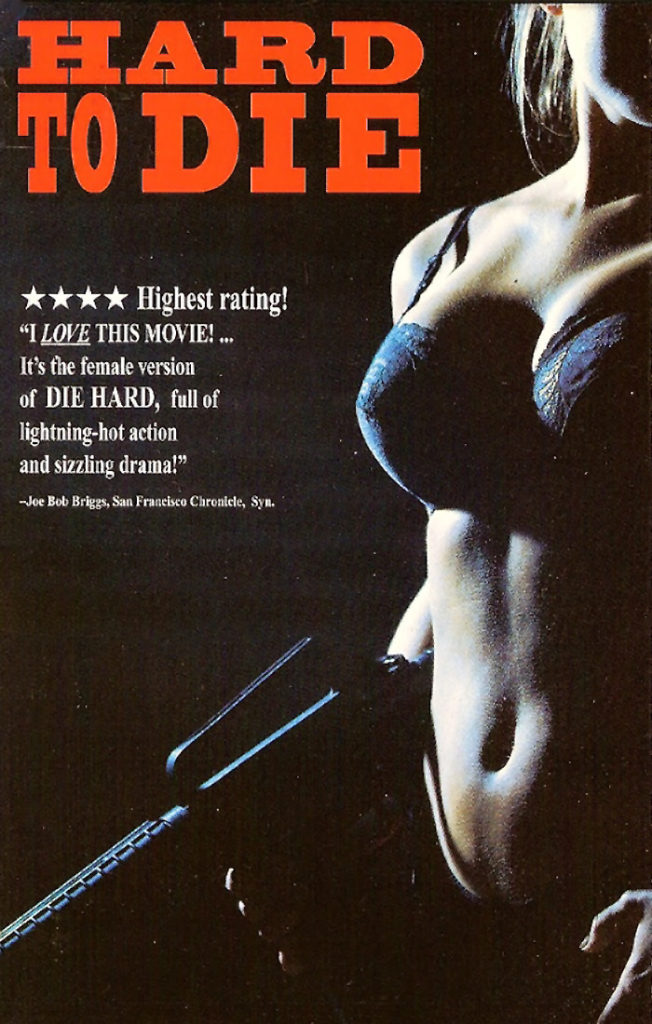