Toni Naples is an actress known for her B-movie roles, including Deathstalker II, Dinosaur Island, and Sorceress.

Toni Naples was born as Karen Rosemary Chorak in Los Angeles, California on May 3rd, 1952. She starred in a wide range of B-movies throughout the 1980s, including many productions from Roger Corman‘s company. Most notably, she played Sultana in the sword-and-sorcery film Deathstalker II, alongside  Monique Gabrielle and John Terlesky. She also had a bit appearance as a bathing suit model in the 1986 cult horror classic Chopping Mall, which also starred Terlesky.

Other films she appeared in include Prison Heat, the 1994 Jurassic Park ripoff Dinosaur Island, and a leading role in Sorceress.

She now works as a producer in Hollywood.

Toni Naples has starred in these films: 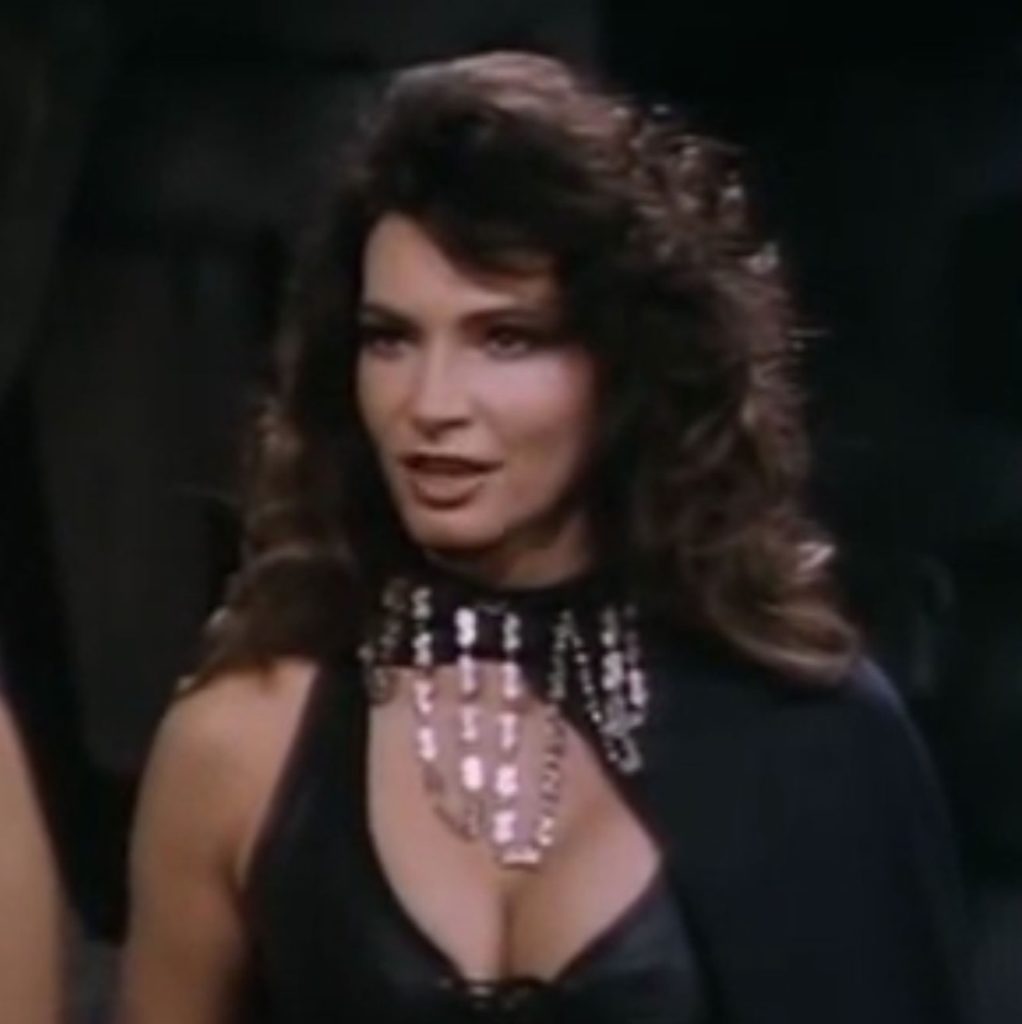