The 1988 kung-fu film Day of the Panther is a film by the famous B-movie director Brian Trenchard Smith. The film was suffering production problems, and Trenchard-Smith was brought in half-way through production to rescue what he could from the film. The movie has become a kung fu cult classic.

Jason Blade (played by Edward John Stazak) is a Triad-trained martial artist whose investigative partner, Linda Anderson (played by Linda Megier) is killed by a mysterious gang. He flies back to Australia and finds that a man named Baxter, the sidekick to an evil villain, killed her. Blade teams up with Linda’s cousin, Gemma Anderson (played by Paris Jefferson) to kill the crimelord in charge of the drug scene in Perth. He ultimately gains the trust of Damien Zukor, the crimelord (played by Michael Carman) and goes undercover, but ultimately surfaces to fight against him. 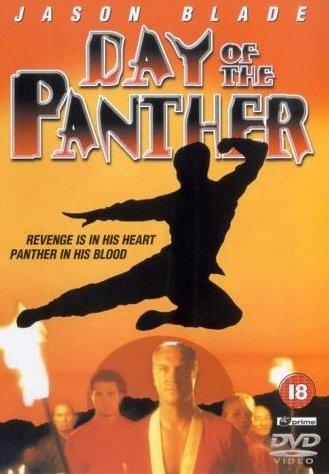