The 2005 film Santa’s Slay is a dark comedy horror film. It is directed by David Steiman, and stars Bill Goldberg, Emilie de Ravin, and Douglas Smith.

A wealthy family (the Masons) eat Christmas Eve dinner, but Santa Claus (played by Bill Goldberg) appears in the chimney and slaughters them.

On a sleigh pulled by hell-deer, Santa Claus comes to a small town called Hell Township and embarks on a brutal massacre of the residents. He kills everyone mindlessly – attendees at a strip club, a deli owner, and more.

Nicholas Yuleson (played by Douglas Smith) lives with his grandpa, who is a paranoid inventor. They have a prepper bunker designed to survive Christmas. The grandpa shows Nicholas the Book of Klaus, which shows Santa is the dark opposite of Jesus, born of the devil. Until the year 1005 AD, Christmas was actually the Day of Slaying where Santa would kill mindlessly, but an angel bested him while playing curling, and made him deliver presents for a thousand years. Now, in 2005, the Day of Slaying is back.

Nicholas is questioned by the police about the deli owner’s murder, but his girlfriend Mackenzie (played by Emilie de Ravin) bails him out. Santa arrives at the police station and slaughters all of the cops. They escape and go back to Nicholas’ house but Santa runs Grandpa over with his sleigh, killing him. The kids hide in their high school, but Santa finds them and attacks them.

Suddenly, Grandpa reappears. He is the angel who originally defeated Santa, and after a fight Santa flees on his sleigh, but is shot down by Mackenzie’s father with a rocket launcher.

A crooked pastor who was originally in the strip club is found dead, dressed as Santa, and the police assume he is the killer. The real Santa is shown boarding a flight to the North Pole. 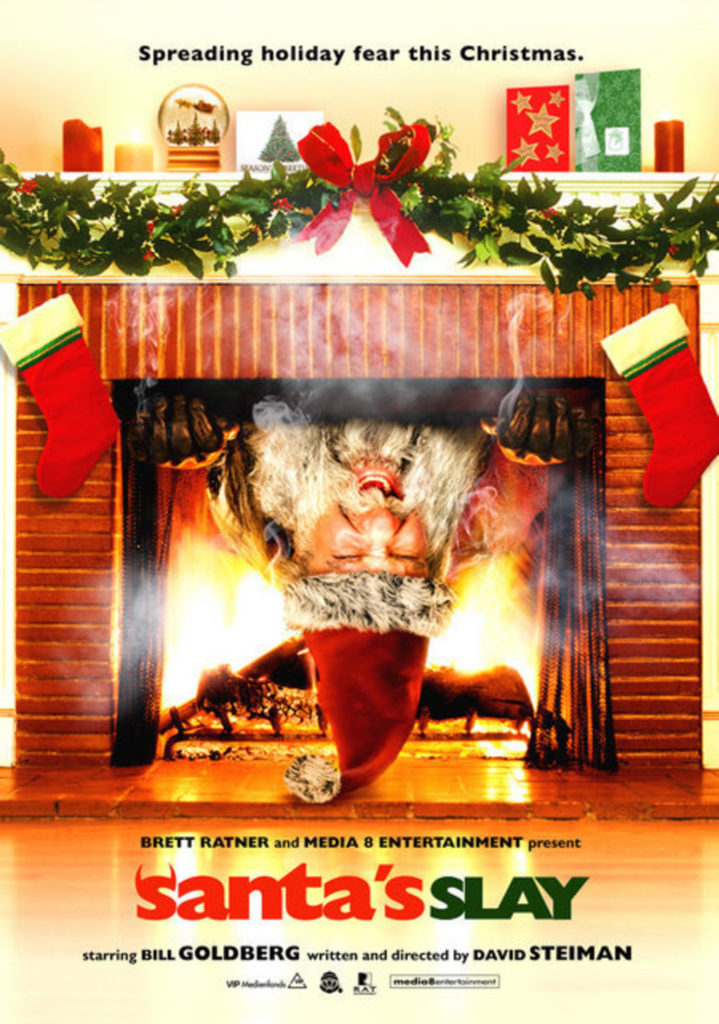