The movie is a series of sketches. It is set up as a broadcast from WIDB-TV which is attempting to air a classic movie called Amazon Women on the Moon, which stars Sybil Danning and Steve Forrest.

However, the film goes off air due to technical problems and the viewer starts changing channels, watching bits of different late-night films. Every once in a while the viewer returns to WIDB and catches a bit of the original movie.

The sketches include a doctor delivering a baby and then trying to hide it, a suspicious woman on her first blind date, a man who is roasted at his own funeral, video pirates who capture a ship full of VHS tapes, and random commercials featuring bizarre products. 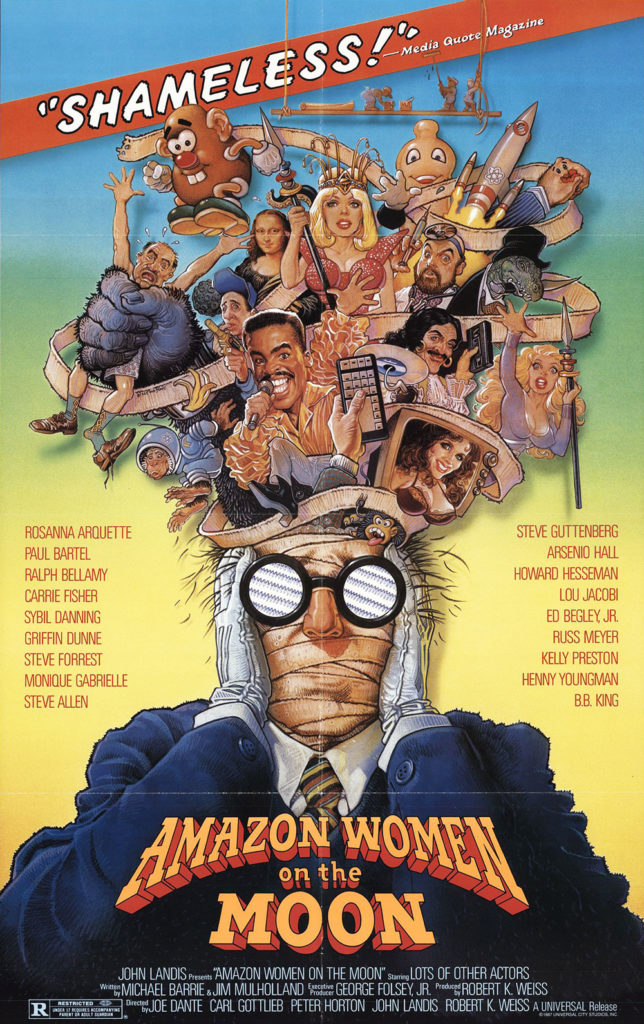